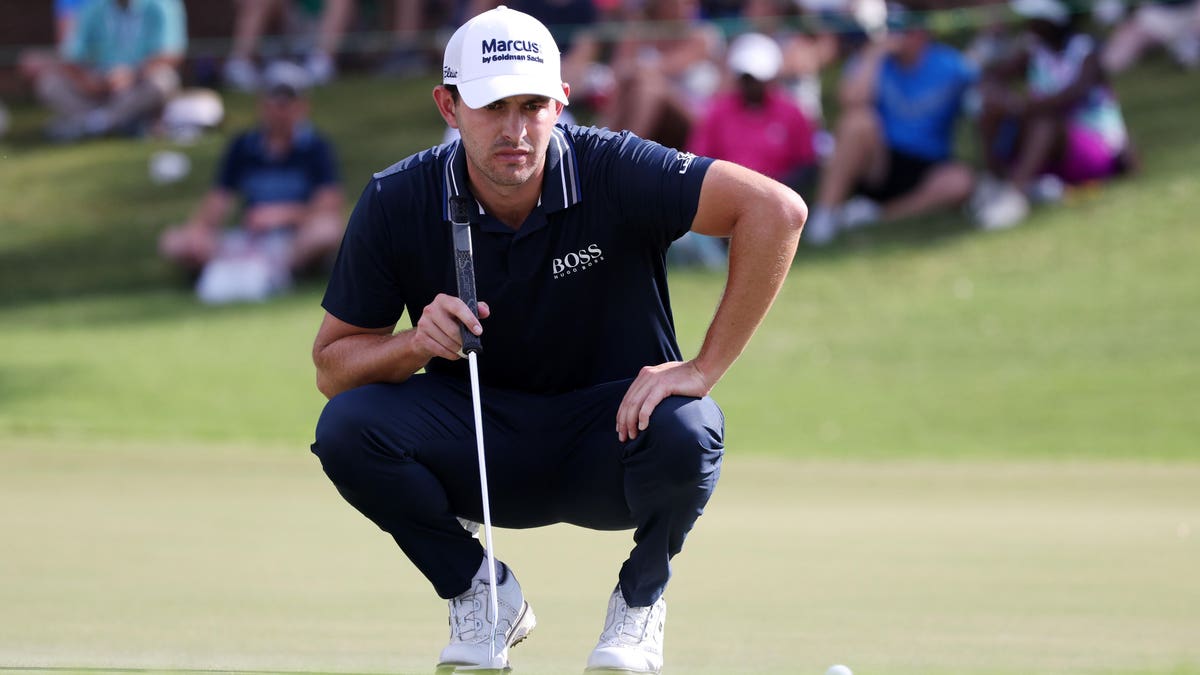 Television analysts covering Sunday’s PGA Tour Championship kept remarking about Patrick Cantlay’s remarkable composure in the final round, even as $15 million was on the line. David Feherty called Cantlay “stoic,” while others referenced his nickname “Patty Ice” for his trademark focus.

With a victory over world number one, Jon Rahm, Cantlay won the 2021 FedEx Cup playoffs and the massive payout that came along with it. Cantlay and Rahm dueled it out over three days with Rahm coming within one stroke of Cantlay on the last hole of the tournament. Although Cantlay dropped one stroke on the previous hole with a bogey, he recovered on the 18th tee and smashed his longest drive of the tournament.

As he walked off the green, an NBC reporter asked Cantlay how he managed to handle the pressure of fending off the world’s top player. Cantlay said that each day he tried to “stay in the present.”

“Stay in the present.”

Staying in the present or ‘in the moment’ is common advice sports psychologists offer golfers when the pressure is on.

Cantlay credits his win to his ability to give “100 percent concentration” to the task at hand. Cantlay has worked on his mental game for years. A stress fracture in his back affected Cantlay’s progress for four years and, in 2016, he had to deal with the tragedy of having his best friend and caddie die in his arms.

Staying in the present separates champion golfers from average ones. It’s also great advice for any high-pressure situation, especially public speaking. As a communication coach who works with CEOs and executives on their presentations, I’ve worked with many people who let anxiety get the best of them. Their negative self-talk raises their anxiety, elevates their heart rates, and interferes with their best performance.

These are actual statements I’ve heard executives express before a presentation.

I choked once and I’ll probably do it again.

If I don’t nail this pitch, I might never land venture funding.

If I don’t make a great impression, I’ll lose an opportunity to land my dream job.

Note that each of these statements has to do with something that happened in the past or might happen in the future. These speakers are not staying in the present. The only thing you can control is what you say or do now—in the moment. Lamenting the past or worrying about the future is wasted energy and raises anxiety.

Focusing on the present allows a speaker to remain calm, confident and in control. Instead of negative self talk, you should be telling yourself:

I’m excited about this idea and I can’t wait to share it with my audience.

This is the most important slide because it shows just how successful we’ll all be when we implement my plan.

I can see that my that audience shares my enthusiasm for this idea.

Like golf, public speaking is a skill. Success requires good technique and a lot of practice. Your speaking opportunities are too important to let negative self-talk interfere with success. Don’t get in your own way when it’s time to shine.