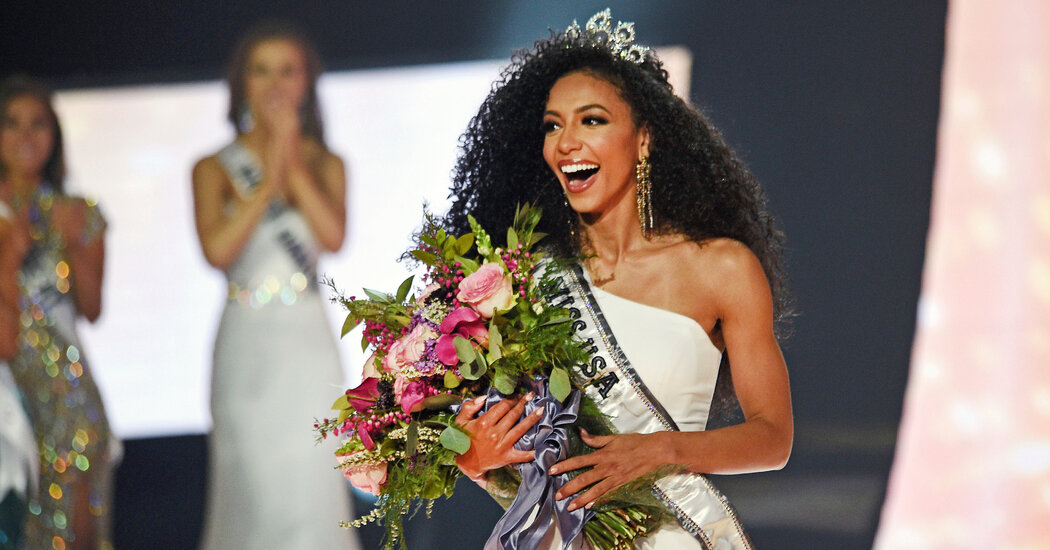 Ms. Kryst started her pageant career as a teenager and won the Miss Northwestern pageant while in high school. In 2019, she was crowned Miss North Carolina and went on to win Miss USA, becoming the oldest contestant ever to win at age 28. She later represented the United States at the 2019 Miss Universe Competition, finishing in the top 10.

In the midst of a rising career that required long days, Ms. Kryst told The Times in December 2019 that down time was the key to balancing her busy schedule, which included traveling for events as Miss USA and maintaining her blog, White Collar Glam, where she discussed affordable workplace fashion.

Mental health was also a priority for Ms. Kryst, who said in a Facebook video in 2019 that she regularly spoke with a counselor. “When I’m not talking to my counselor, I take time at the end of every single day to just decompress,” she said. “I unplug. I shut my phone off. I don’t answer messages. I just sit and watch my favorite movie.”

Ms. Kryst also used her rise to fame and presence on the pageant stage to make a statement about diversity. She described herself as a Black woman of mixed race heritage and told The Grio in 2019 that she intentionally wore her hair natural during the Miss USA pageant. “Winning with my natural hair was really important to me because I thought, this is the way that my hair grows out of my head,” she said. “I should be OK to wear my hair like this.”

In an essay published by Allure magazine last year, Ms. Kryst reflected on the challenges of growing older and challenging conventional thinking about women’s appearances and opinions.

“A grinning, crinkly-eyed glance at my achievements thus far makes me giddy about laying the groundwork for more, but turning 30 feels like a cold reminder that I’m running out of time to matter in society’s eyes — and it’s infuriating,” she wrote. “After a year like 2020, you would think we’d learned that growing old is a treasure and maturity is a gift not everyone gets to enjoy.”

Ms. Kryst is survived by her parents and five siblings.

If you are having thoughts of suicide, in the United States call the National Suicide Prevention Lifeline at 800-273-8255 (TALK) or go to SpeakingOfSuicide.com/resources for a list of additional resources. Go here for resources outside the United States.