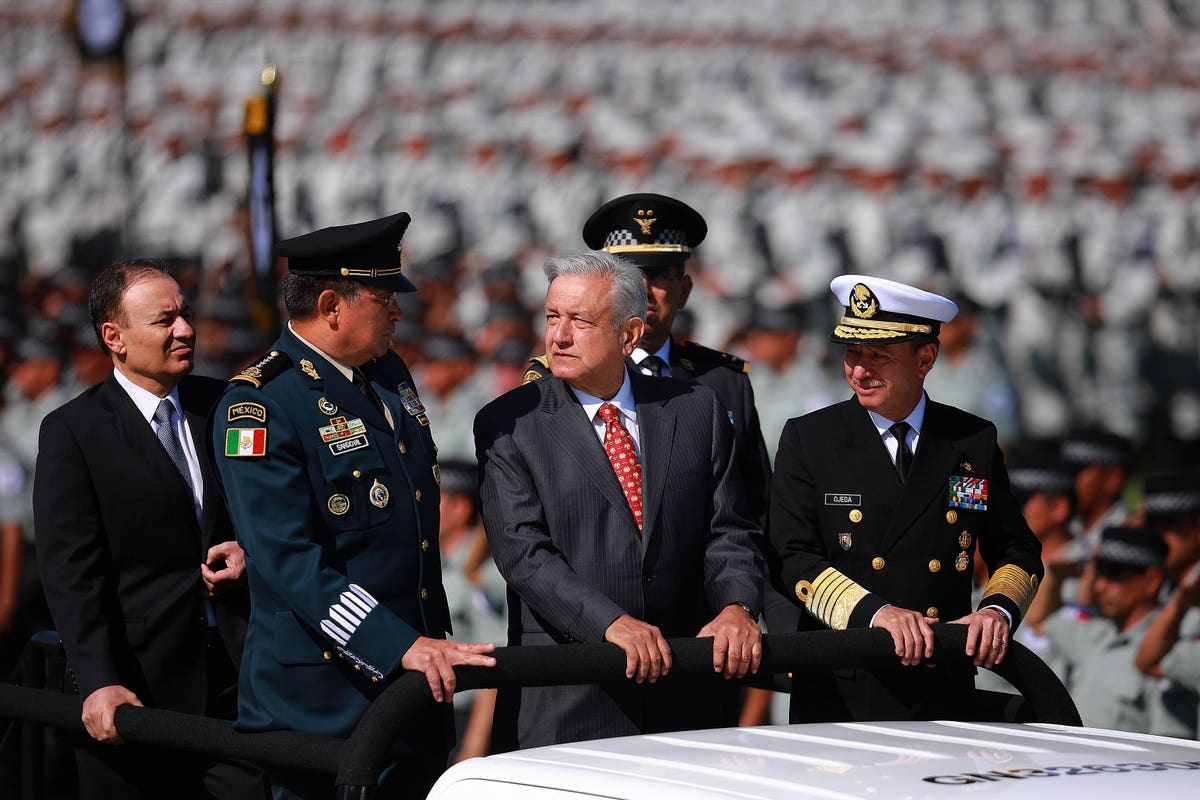 As Mexico’s controversial President Andres Manuel Lopez Obrador prepares to celebrate the mid-way point of his six-year term in office he is facing steady criticism from the media both within Mexico and internationally. His energy policies favor dirty energy over renewable energy and put foreign-owned solar and wind projects at risk. He has failed to improve Mexico’s security situation. He brags that his flagship tree-planting program could stem migration from Central America, but within Mexico the project is being criticized as inefficient at best and corrupt and harmful at worst. His political appointments are causing the peso fall in value and he doesn’t seem to have a coherent strategy for consolidating Mexican industry’s position in global supply chains. Increasingly, Lopez Obrador has chosen to attack and dismiss his critics rather than engage in any type of meaningful policy discussion. Over the last few weeks I’ve been tweeting articles about the current political, social, and economic dynamic in Mexico.

On November 1, I tweeted this phenomenal Los Angeles Times article and photo essay on Mexican-Americans who make the trip back to Mexico for Day of the Dead. In the article, Leila Miller explains, “in certain parts of the country with indigenous communities, the Day of the Dead, which stems from pre-Hispanic traditions, is considered so sacred that it brings those who left Mexico back home. Immigrants from states like Oaxaca, Michoacán, Guerrero and Puebla may return if they have the means — a trip that’s particularly poignant this year for those who couldn’t travel in 2020 because of pandemic restrictions.”

On November 8, I tweeted this fantastic Associated Press article about organized crime and violence in Michoacan, Mexico. In the article, Mark Stevenson explains, “The Mexican army has largely stopped fighting drug cartels here, instead ordering soldiers to guard the dividing lines between gang territories so they won’t invade each other’s turf — and turn a blind eye to the cartels’ illegal activities just a few hundred yards away. In the mountain township of Aguililla…almost 200 soldiers have been barricaded into their command post by angry residents for four months.”

On November 10, I tweeted this Reuters article about how supply-chain disruptions are affecting Mexico’s corporate sector. In the article, Noe Torres explains, “From the auto industry to producers of toilet paper and cement, Mexican companies have been hit hard by bottlenecks in international supply chains, depressing growth prospects for Latin America’s second-largest economy.Thousands of vehicles have sat on Mexican assembly lines awaiting missing semiconductors, but the impact of raw material shortages has been felt right across the corporate landscape.”

On November 17, I tweeted this New York Times article and photo essay on indigenous Mexican softball teams. In the article Adam Williams explains, “Playing barefoot and wearing traditional Mayan dresses known as huipiles, the Little Devils softball team smashes hits, snags line drives and dashes around the bases in the sweltering heat of a Yucatán Peninsula jungle town. [Success on the field] has made the Little Devils a national sensation, for not only their style of play but also who they are: a group of Indigenous women from a traditional community that once discouraged women from pursuing sports, which were seen as the province of men.”

On November 24, I tweeted this Financial Times op-ed about Mexico’s president’s struggles to turn his fierce anti-corruption rhetoric into effective policymaking. In the op-ed Christine Murray explains, “analysts say there are few advances [in Mexico] to shout about. Mexico. The problem is that institutions lack the independence or resources to sustain a real anti-corruption fight.”

Additional reading: check out my conversation with the Council on Foreign Relation’s Shannon O’Neil about why Modern Mexico’s economy is struggling.