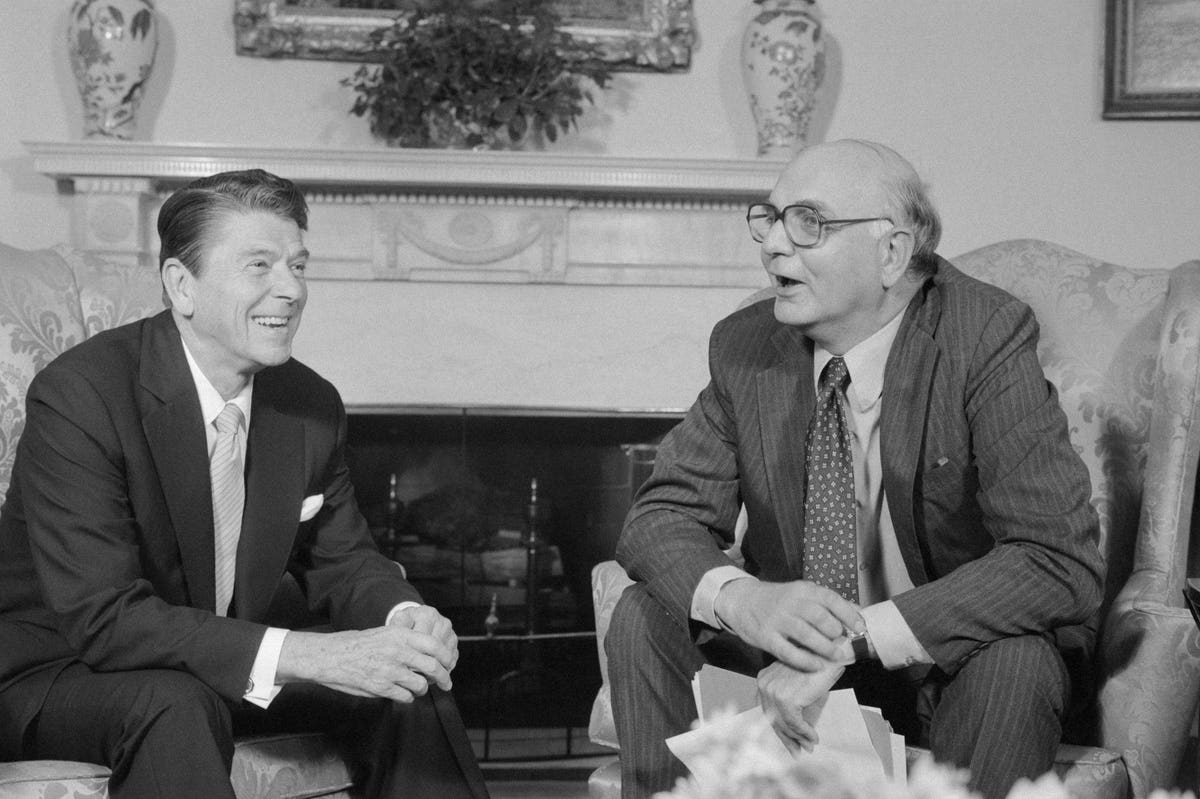 The nice thing about placing buy orders with a limit price is that your order does not get executed until the stock trades at your limit price. The bad thing, is that on a very bad day, the stock will blow right through your limit and keep on plunging. This is the nature of the business, but if you’re purchasing reliable dividend payers, the fullness of time will offset even the worst of market timing mistakes.

After the big selloff last week, many stocks look like great values, and below are a few that we’d like to add—at the right price—to the Forbes Dividend Investor portfolio, which now has an average dividend yield of 4.56%.

The latest readings on inflation and consumer sentiment on Friday did nothing to help stocks and the bad news sent the market reeling, exacerbating what had already been a lousy few days—and weeks—for the bulls. By Friday’s closing bell, the S&P 500 had dropped 5.1%, turning in its ninth negative week in the past ten.

June Michigan consumer sentiment came in worse than expected and even hit a record low, but the knockout punch came on the inflation front. The May Consumer Price Index from the Bureau of Labor Statistics showed annualized inflation raging at 8.6%, its highest rate since Walter Cronkite left the anchor chair at the CBS Evening News in 1981. That’s an acceleration from April’s 8.2% increase, and the monthly jump of 1.0% trounced the 0.7% consensus estimate. Gasoline, food, used cars and shelter showed the largest price surges.

Both reports confirmed anecdotal evidence gathered by anyone sentient that inflation is still raging, and shattered hopes that inflation would abate and compel the Federal Reserve to take a more dovish approach on rate hikes. Now the expectation is for half-percentage point increases at the next three FOMC meetings in June, July and September.

Financials and technology suffered the week’s worst declines. Even though all sectors were lower, a 1.5% increase in crude oil prices gave some support to energy, which was down less than 1% for the week and remains far-and-away the best performing sector for the year, up 61.3%. The closest rival—and the only other not in the red for 2022—is the utilities sector, up 0.3% year-to-date. Consumer discretionary has suffered the year’s most severe declines, lower by 29.2% since the start of 2022.

“We suffer more in imagination than in reality.” – Seneca

The market’s current situation with escalating rates of inflation and a Federal Reserve chairman with the spine to smash it like a pumpkin is a throwback to 1979. Despite driving the economy into two recessions in less than 18 months, Federal Reserve Chairman Paul Volcker’s harsh medicine worked wonders in the long run and was not even a total disaster for stocks while it was being administered.

The S&P 500 Index actually surged 40% in the first two years of the Fed tightening the screws on money supply and ratcheting up the federal funds rate from 10% to as high as 22%. Volcker certainly needs to share a large part of the credit for the bullish tenor of the market to the election of President Ronald Reagan and a new Republican majority in the U.S. Senate. Interestingly, however, the market declined for the first 18 months of President Reagan’s first term in office, and passage of the Economic Recovery Tax Act of 1981 in August of that year did little to stem the decline.

From its December 1980 high, the S&P 500 never undercut the 1980 springtime lows but slipped 28% until September 1982 when it embarked on an 18-year monster bull market that ran into the twenty-first century.

As they were in 1980, political developments that favor business are possible in the current election cycle. Combine that with monetary discipline at the Fed, and it’s possible to see how even this hobbled horse of a market could become another raging bull.

Equity Income Universe: Down 3.9% on average for the week, dividend-focused investments tracked here continue to outperform the overall market, as they have since last December. The Alerian MLP ( -2.4%) master limited partnership ETF, up 27.6% year-to-date, has been the most rewarding place to be in the world of yield in 2022. On the flip side, fear of recession and the rise in rates have been unkind to real estate investment trusts, driving the iShares Cohen & Steers REIT ( -5.9%) ETF lower by 19.8% in 2022. Last week, ICF was once again the biggest loser.

The best—albeit negative—weekly performance came from the VanEck BDC Income ( -2.2%) ETF, which holds a basket of business development companies. Not far behind was the Forbes Dividend Investor portfolio with a -2.5% weekly return, despite having three stocks suffer selloffs of more than 8.5%. The Forbes Dividend Investor portfolio’s year-to-date total return, with dividends reinvested, ranks seventh among the yield-focused funds we track.

It is comforting to know that our discipline of value investing in the world of dividend-payers yields supreme over time. The Forbes Dividend Investor portfolio’s cumulative total return of 140.3% since the end of 2015 ranks first among the dividend benchmarks shown below. We are also number one for cumulative total return since 2018, 2019, and 2020. Click here to check out the returns for yourself, and try Forbes Dividend Investor today.

FDI Portfolio Action: The Forbes Dividend Investor portfolio of 22 stocks declined 2.5% on average last week. Our workhorse was Ohio-based packaging and container company Greif (GEF.B +7.6%), which jumped after posting better than expected quarterly results on Thursday. Greif Class B shares trade ex-dividend this Thursday, June 16, for a $0.69 per share payout.

Our three worst-performing stocks for the week—INTC, MO, TX—closed below their respective 10% trailing stops. In this portfolio, I recommend ditching stocks that drop below this threshold, but like we did with KFT and TSN three weeks ago, we will write covered calls that provide enough premium to bring us back above the threshold of a 10% decline from their closing highs. I will send out specific details via hotline this week to Forbes Dividend Investor subscribers on the call options contracts we will be selling, and the premium that we will earn.

Remember, if you enjoy selling covered calls and writing puts on quality stocks you wouldn’t mind owning, we do it four times a week on dividend-paying stocks in Forbes Premium Income Report, which emails and text messages members two new trades every Tuesday and Thursday afternoon. Our average return for 1,499 closed trades since March 2014 is 7.37%, average annualized return is 34.15%. Since 2014, we’re up 1.9% on average for active positions. Check out the trades and see the returns for yourself on Google Sheets. You get 90 days to inspect the product with no commitment, and you can save $200 on an annual membership if you click here for a special offer.

NOTE: Forbes Dividend Investor and Forbes Premium Income report are intended to provide information to interested parties. As we have no knowledge of individual circumstances, goals and/or portfolio concentration or diversification, readers are expected to complete their own due diligence before purchasing any assets or securities mentioned or recommended. We do not guarantee that investments mentioned in this newsletter will produce profits or that they will equal past performance. Although all content is derived from data believed to be reliable, accuracy cannot be guaranteed. John Dobosz and members of the staff of Forbes Dividend Investor and Forbes Premium Income Report may hold positions in some or all of the assets/securities listed.