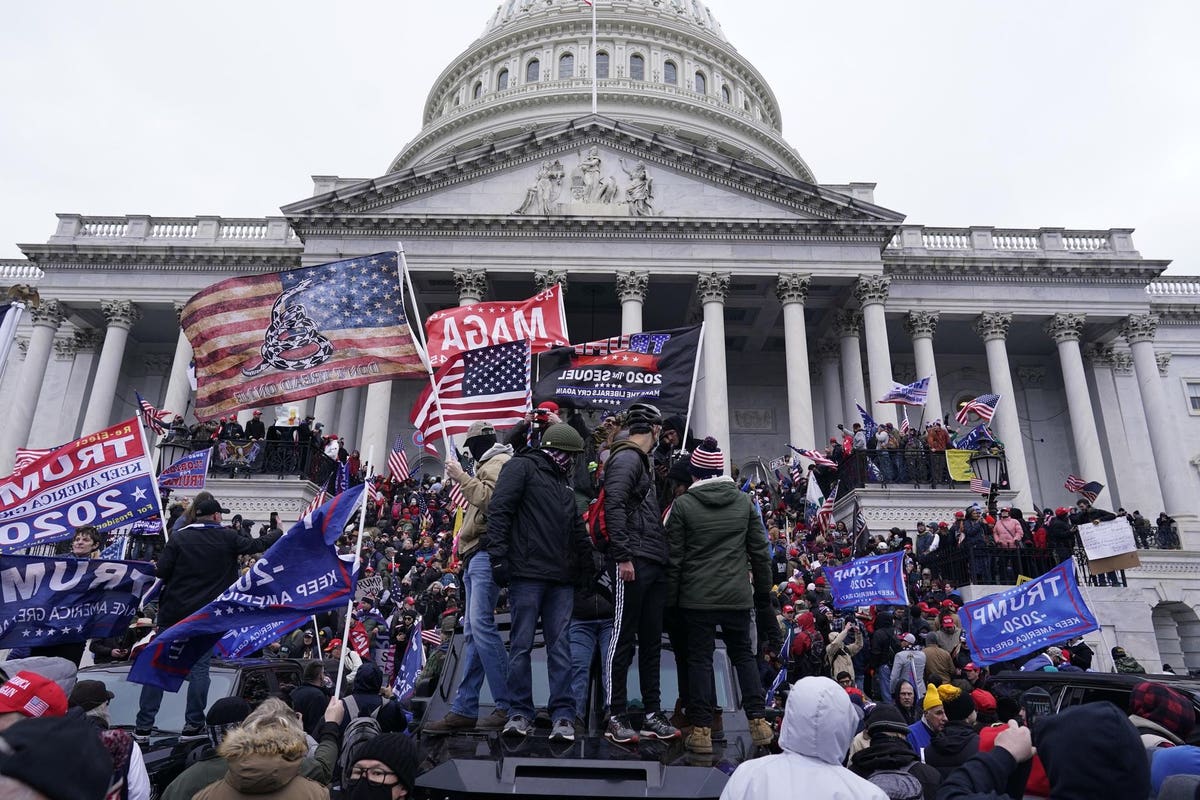 Facebook went from offense to defense Sunday after allegations were made by a whistleblower on CBS’s 60 Minutes that the social media giant contributed to the riot at the U.S. Capitol on January 6.

Before the story aired, Facebook executive Nick Clegg told CNN that claims the company was responsible for the riot were “ludicrous.” “The responsibility for the violence of Jan. 6 lies squarely with the people who inflicted the violence and those who encouraged them, including President Trump,” Clegg said on the cable news networks’ “Reliable Source.”

60 Minutes reported Sunday that after the 2020 election, “Facebook was used by some to organize the January 6 insurrection. [Federal] prosecutors cited as evidence photos of armed partisans and text including ‘by bullet or ballot restoration of the republic is coming.” Extremists used many platforms, but Facebook is a reoccurring theme.

“The whistleblower said Facebook understood the danger to the 2020 election and turned on systems to reduce misinformation. Many of those changes she says were temporary.”  Frances Haugen, the 37-year-old former Facebook, alleged that after the election, the company turned off or returned their systems to what they had been before. “And that really feels like a betrayal of democracy to me,” she said.

Sunday night, Facebook responded to the these and other allegations that were made by Haugen.

On the claim that safety measures were put in place, and then rolled back, and made Facebook less safe in the lead up to January 6:

“We spent more than two years preparing for the 2020 election with massive investments, more than 40 teams across the company, and over 35,000 people working on safety and security.

“In phasing in and then adjusting additional emergency measures before, during and after the election, we took into account specific on-platforms signals and information from our ongoing, regular engagement with law enforcement. When those signals changed, so did the measures.”

“It is wrong to claim that these steps were the reason for January 6th — the measures we did need remained in place through February, and some like not recommending new, civic, or political groups remain in place to this day. These were all part of a much longer and larger strategy to protect the election on our platform — and we are proud of that work.”

Additional statement on Facebook’s response to dangerous organizations before the January 6 Capitol insurrection:

“We banned hundreds of militarized social movements, took down tens of thousands of QAnon pages, groups and accounts from our apps, and removed the original #StopTheSteal Group.

“This is in addition to our removal, and repeated disruption of various hate groups, including Proud Boys, which we banned in 2018. Ultimately, the responsibility resides with those who broke the law, and the leaders who incited them. Facebook has taken extraordinary steps to address harmful content and we’ll continue to do our part.

“We also aggressively worked with law enforcement, both before January 6 and in the days and weeks since, with the goal of ensuring that evidence linking the people responsible for January 6th to their crimes is available for prosecutors.”

Prior to the broadcast, Facebook warned employees about potentially damaging accusations by the whistleblower.

As reported by Axios, Nick Clegg, Facebook’s vice president of policy and global affairs, said in a memo to employees that tonight CBS’ s 60 Minutes will “suggest that the extraordinary steps [Facebook] took for the 2020 elections were relaxed too soon and contributed to the horrific events of January 6 in the Capitol.”

The New York Times said Clegg pushed back on what he said were the whistleblower’s expected accusations, calling them “misleading.” He said in the memo that, “Social media has had a big impact on society in recent years, and Facebook is often a place where much of this debate plays out,” he wrote. “But what evidence there is simply does not support the idea that Facebook, or social media more generally, is the primary cause of polarization.”