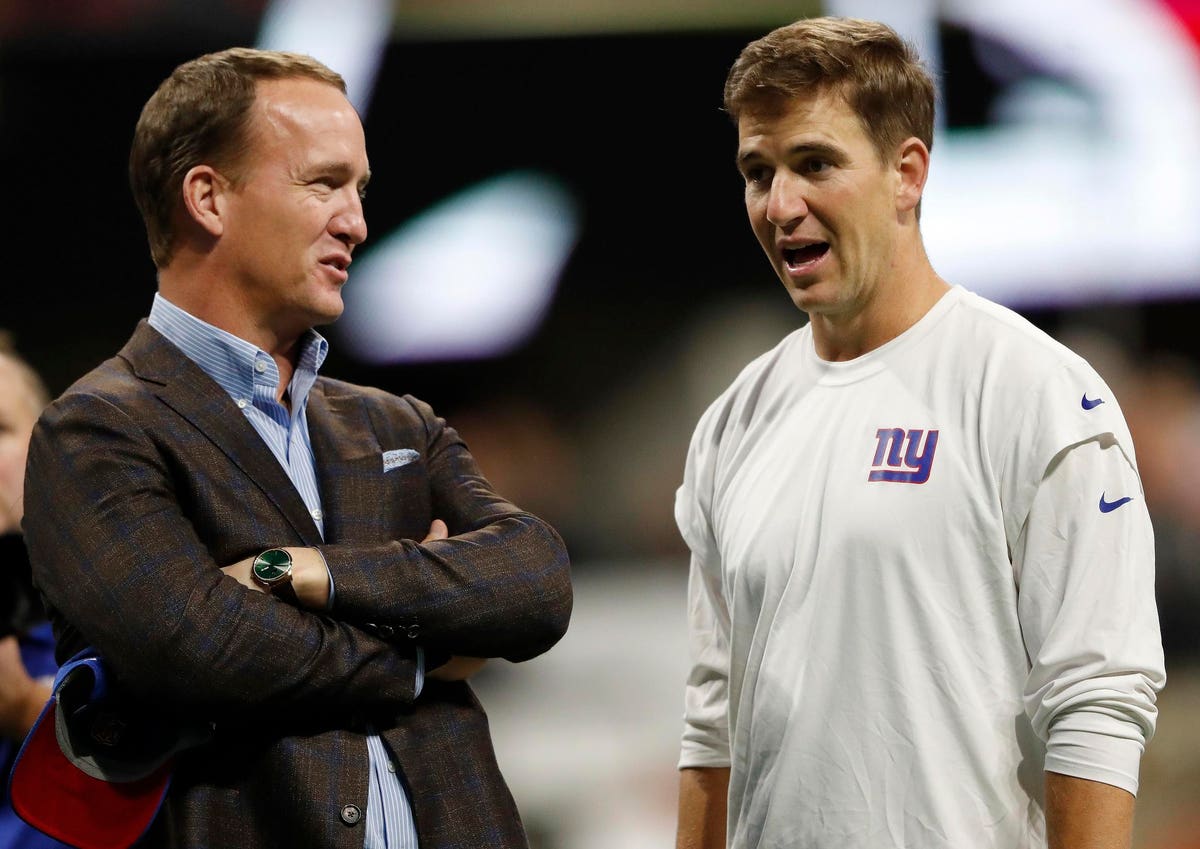 It sounded like just another lark on a network (ESPN2) that’s had many of them over the years. Throw Peyton and Eli Manning, the agreeable quarterback brothers/bros onto primetime opposite Monday Night Football, and see what happens.

ESPN2 had nothing to lose. ESPN’s MNF draws strong ratings, and it’s not like anything else airing on ESPN2 was doing much on Mondays.

That lark has turned into a surprising success for ESPN2 and parent company Disney. The Manning brothers’ spin on MNF has seen ratings success and, almost as importantly in these days of viral content becoming king, sparked lots of online buzz.

So what does it matter if the ManningCast is a hit? Actually, a lot of sports executives are paying attention. The alternative broadcast, or different way of presenting something on a main channel, has long been of interest to broadcasters trying to capitalize on sports content. With the ManningCast, we may see a model for the future.

“Millennials and younger generations like to control their TV viewing experience and one way they can do that is through alternative broadcasts,” observes Rob Silvershein, senior advisor at The Diffusion Group, a broadband and pay-TV media research firm. He recently wrote an article on the success of the ManningCast.

He notes that building content around a popular tentpole originated on other streams. “In the video game world, you can play a game and you can watch other people play that game by going on YouTube or Twitch or whatever, and you tend to pick the personality that you like and the broadcast that you like,” he says. “More and more, we’re starting to see that in television and sports.”

The future of television looks increasingly certain—it’s streaming. But what about the future of sports? That’s certainly more up in the air. Sports continues to be the only things on television that can draw a mass audience. The NFL accounts for nearly every top show on TV right now and has for the past few years.

Even still, ratings for sports have fallen steadily over the past decade, just like everything else on TV. And with rights packages moving online and digital taking a greater share of eyeballs away through those channels, broadcasters want to find new ways to engage their audiences.

Silvershein points to NFL on Nickelodeon, which saw the kids’ network produce its first NFL broadcast last year and a successful NFL Slimetime show highlighting players in a program aimed at kids. That content also airs on Paramount+, giving CBS, which holds NFL rights, several ways to leverage its content.

“It’s so important for football and the league to try to bring in the younger generation because, frankly, right now, there’s so many distractions that you have to find a way to connect with them,” Silvershein says.

It’s a similar approach for ManningCast. The Mannings offer commentary but they also interview special guests. (There’s a Manning curse getting a lot of attention, too. Much like the dreaded Sports Illustrated cover curse, it has seen at least one of their active NFL player guests a week either get injured or lose the next week. Tracking the curse is a big deal on social media.)

But it’s the Mannings’ chemistry that sells the show. Peyton and Eli are just like any pair of brothers. They rip on each other. They are funny. They are interesting. Most of all, they’re relatable, which has always been the Manning brothers’ carefully cultivated charm. They seem like guys you could hang out with.

“Alternate broadcasts are great, but they have to be done right, they have to be authentic, and they have to make sense,” he says. “And truthfully, it’s really hard in general and very expensive to do an alternative broadcast, but the way the Mannings pulled it off is exactly what I’d recommend.”

The show, which doesn’t air every week, drew a record 1.96 million total viewers in its most recent broadcast two weeks ago, up from 1.61 million for the previous broadcast, according to Nielsen. Will it grow again this week? Many TV executives will no doubt be watching as they look to their future alternative broadcasts, too.