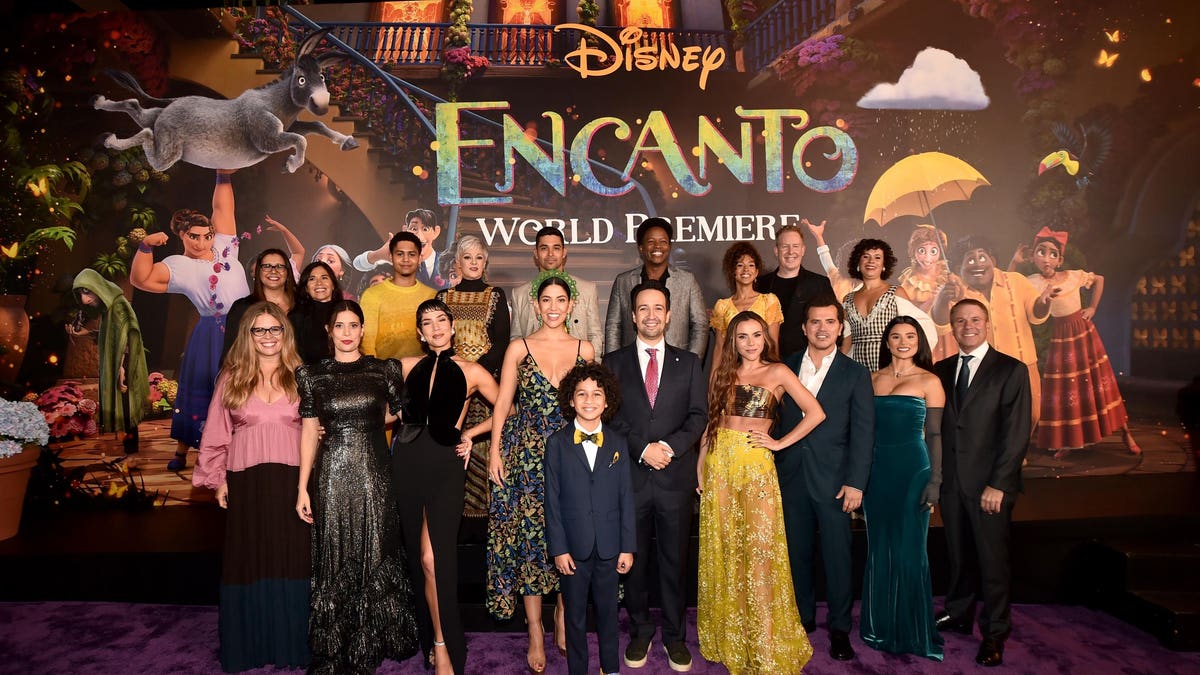 The soundtrack for Disney’s latest animated musical Encanto became the number one album on the Billboard Top 200 chart Monday, dethroning Adele’s 30, which spent six weeks in the top spot.

Encanto, which features music written by Lin-Manuel Miranda, jumped from number seven to number one on the Billboard Top 200 in one week, which tracks the sales and streams of albums.

30 dropped to the number two spot on the chart.

Much of the success of the Encanto soundtrack is fueled by the song “We Don’t Talk About Bruno,” which has trended on TikTok since last week and from December 31 to January 6 was the 19th most popular song on Spotify, garnering nearly 14 million streams.

Only a handful of soundtracks for animated movies have ever topped the Billboard 200: The most recent to do so was the soundtrack for Disney’s Frozen 2, which topped the chart in 2019.

Despite the major success of “We Don’t Talk About Bruno,” Disney did not submit the song to be considered for the Best Original Song category at the upcoming Academy Awards, Variety reported. Instead, the studio submitted “Dos Oruguitas,” another song from the movie also written by Miranda, which made the Academy’s shortlist for potential nominees. Sunday, Encanto won a Golden Globe award for Best Animated Motion Picture. It was also nominated for Best Original Song for “Dos Orguitas,” which lost to Billie Eilish and Finneas’ “No Time To Die.” Oscar nominations will be announced on February 8, and the winners will be announced on March 27.

Set in Colombia, Encanto tells the story of the Madrigal family, in which everyone is bestowed a magical power except for one daughter, lead character Mirabel. The movie was released in theaters on Thanksgiving weekend, but didn’t receive overwhelming excitement from audiences until it premiered on Disney+ on December 24. The week after Encanto became available to stream, music from the movie started to surge on the Billboard charts, with several songs landing on the Hot 100.