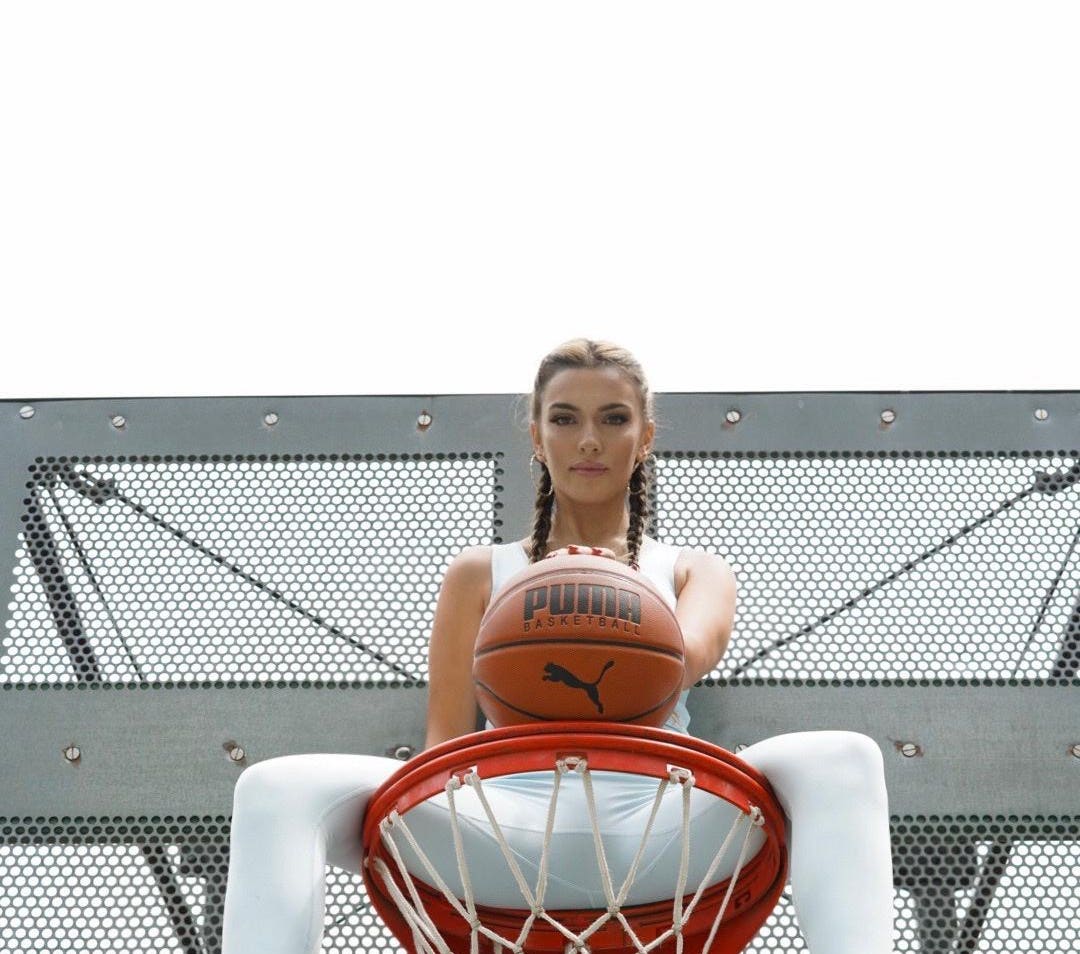 The college experience is — by and large — pretty universal across the board. Students on campus are usually preoccupied with exams, essays, and which fraternity will have the most lit rager over the coming weekend.

All of those things are a little more complicated for Emily Austin.

For the last year-and-a-half, the 20-year-old junior at New York’s Hofstra University has balanced school life with a shockingly successful tenure on social media and television that her fellow Sports Journalism & Broadcasting majors would kill to have upon graduating.

“Who did I just meet this weekend?” Emily casually muses during a phone call. “This weekend I met Lil Wayne and Soulja Boy. I ended up befriending Soulja Boy.”

But none of it — the hosting gigs, the celebrity friendships, the brand and modeling deals with Puma and BoxyCharm — was supposed to happen. When Emily first enrolled at Hofstra, she planned on pursuing a career in medicine.

“My mom’s side of the family always thought I’d be a doctor,” she admits. “But my dad … always pointed out a sports anchor on TV or a news reporter and he was like, ‘Emily, you’re gonna be on TV one day. I know you’re gonna be a broadcaster.’ I’m like, ‘What are you talking about?’”

Turns out her father was right. There was a latent talent for broadcast journalism simmering just below the surface that simply required the proper catalyst in order for it to emerge. That catalyst? The COVID-19 pandemic.

It was the second semester of Emily’s freshman year and she was tired of endlessly binging television to pass the time.

“I was getting sick of it,” she recalls. “I had a couple of good friendships with professional athletes on the Knicks and I decided, ‘I recently just switched to a sports journalism major, why don’t I do something productive?’” … I took the opportunity of everyone being home, not just myself. That’s never gonna happen again. I’m never gonna have two months off from college to just think about what I want to do. So, it was like a blessing and a curse.”

In the absence of helpful internships that might advance her future prospects, Emily decided to take matters into her own hands. “I started off so simple. Instagram Lives with professional athlete Q&As. We engaged the fans and I just got really, really good feedback. One player to another, I started doing them on Zoom instead of Instagram Live, started making them more professional, following an algorithm with the questions, and they started gaining a lot of traction.”

That publicity led to hosting opportunities with MTV and LiveXLive Media. Before she knew it, Emily was interviewing artists for shows like Music Lives On, or else catching up with Bryce Hall and Austin McBroom prior to their boxing match back in June.

“What started off as a hobby turned into the start of a really fun career for myself,” she says. “As crazy as it sounds, it was the worst time, but it gave people the opportunity to have free time to really contemplate a lot. Some people I know became super fit. Some people became really out of shape. Some people advanced their careers just like I did.”

Emily currently spends her time between New York, Miami, and Los Angeles — all while working toward an undergraduate degree.

“School is so important to me, but then again, school is enabling me to have a successful career,” she continues. “So, at the same time, I can’t jeopardize opportunities that may not come twice.”

It tends to helps a lot when the dean’s daughter is a fan of your social presence, which includes a blue check marks — a coveted sign of verification — on Instagram (230,000 followers) and TikTok (over 500,000 followers).

“I’m honestly happy that I can build a schedule that’s so flexible, but still be getting my credits and everything on time to be able to do these opportunities,” Emily explains. “I speak with the dean of my school and she understands what I’m doing. It’s funny, her daughter follows my TikTok.”

While she has a particular love of sporting events (a passion that stems from summers spent in Miami playing tennis and watching the community rally around The Heat basketball team), Emily doesn’t want to host herself into a particular corner.

“I really enjoy sideline reporting, but I think that I’m very good at interviewing. I’m not limited to that. I could also speak and commentate and stuff like that,” she says. “But then again, I do get these really crazy opportunities that aren’t in sports, so I’d like to be more of a flexible broadcaster like Erin Andrews. You’ll see her doing the Super Bowl and then you’ll see her doing everything in between. She doesn’t limit herself.”

All of this before Emily can even legally purchase alcohol in the United States.

“If you look at me, you’ll never guess that I’m 20,” she concludes. “So when people make the effort to do their due diligence and they go to my page, they’re like, ‘Wait, you’re 20-years-old?!’ They don’t think less of me, they’re just more impressed. [They’re like] ‘Wow, how did you get to meet at this age?’ When I was your age, I was clubbing and not even remembering where I was the next day.’”

Sure beats the pants off that frat party.