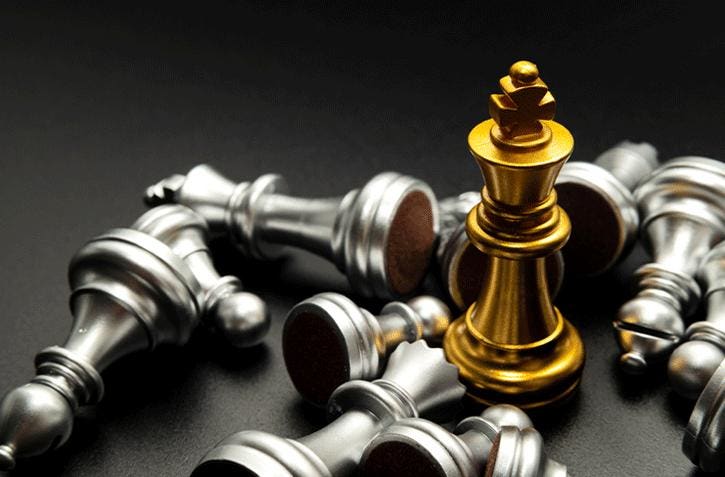 Back in December 1997, the Financial Times ran a now-infamous article titled “Death of Gold.”

In it, the author Kenneth Gooding claimed that as an investment, “gold is a goner.” The crises of the past 10 years—the 1987 stock market crash, the Gulf War, Asia’s financial meltdown—had not resulted in higher demand, as one might expect. Gold was now a “mere metal” and a “bad investment,” Gooding concluded.

But as it happened, reports of gold’s death were greatly exaggerated. The next decade saw the precious metal steadily rise in price, eventually hitting a then-record $1,921 an ounce in August 2011, for an increase of approximately 580% from when the Times published its obituary.

Fast forward to today, and the same gloomy prognoses are being made about the “barbarous relic,” often by people who least understand it. And just as Gooding was proven wrong, today’s doomsayers will end up with egg on their face, I believe.

Consider last week. Gold performed as expected rising 2.56%, following a monster consumer price index (CPI) report that showed inflation skyrocketing 6.2% in October compared to last year. After advancing for a seventh straight trading day on Friday, its longest winning streak since May, the yellow metal broke out of its downward trend going back to August 2020, when it hit its all-time high of $2,073.

As I’ve said before, you shouldn’t expect to get rich investing in gold. It’s not Tesla stock or Bitcoin. Instead, I believe it should be held as a hedge against poor monetary and fiscal policy. This is precisely why nearly every central bank on the planet has gold on its balance sheet.

Speaking of balance sheets, the Federal Reserve’s asset purchases continue to rise to unprecedented levels, despite Jerome Powell’s earlier announcement that the bank would begin tapering this month. According to Bloomberg’s Lisa Abramowicz, official holdings now stand at a record $8.58 trillion, or about a third of U.S. gross domestic product (GDP).

This, as well as blistering inflation, have prompted buyers to gobble up American Eagle gold coins at a healthy clip this year. According to the World Gold Council (WGC), 2021 coin sales at the U.S. Mint have totaled more than 1 million ounces through the end of October, the greatest amount since 2010. Sales are on track to be the best in over two decades, the WGC says.

For over a year now, I’ve been raising questions about the accuracy of the CPI in measuring inflation. I believe that consumer prices are up much higher than is being reported by the Bureau of Labor Statistics (BLS). Watch my video on the CPI by clicking here, and be sure to share with friends and family.

Let’s consider used vehicle prices. After dipping slightly in July and August, prices increased a whopping 38% year-over-year in October, according to Manheim data. What’s more, this was the first October in Manheim’s data collection, which goes back to 1997, to see a non-seasonally adjusted price increase.

My favorite source of alternate inflation data is Shadow Government Statistics, which is maintained by economist John Williams. On his site, John compares the official CPI to inflation for today as if it were calculated using the methodology from 1980. As you can see, inflation is closer to 14% right now using that methodology, well above the 6.2% being reported.

With inflation at an approximately 30-year high, I believe it’s only rational and wise to have gold in your portfolio. As always, I recommend a 10% weighting, with 5% in bars, coin and 24-karat jewelry, and the other 5% in high-quality gold mining stocks and ETFs. Remember to rebalance once a year or even once a quarter.

On a final note, HIVE Blockchain Technologies will be hosting a webcast tomorrow, November 16, at 9:30 a.m. Eastern Time to discuss its financial results for the three and six months ended September 30, 2021.

Disclosure: All opinions expressed and data provided are subject to change without notice. Some of these opinions may not be appropriate to every investor. By clicking the link(s) above, you will be directed to a third-party website(s). U.S. Global Investors does not endorse all information supplied by this/these website(s) and is not responsible for its/their content.

The Consumer Price Index (CPI) is one of the most widely recognized price measures for tracking the price of a market basket of goods and services purchased by individuals. The weights of components are based on consumer spending patterns.

Holdings may change daily. Holdings are reported as of the most recent quarter-end. The following securities mentioned in the article were held by one or more accounts managed by U.S. Global Investors as of (09/30/2021): Tesla Inc.