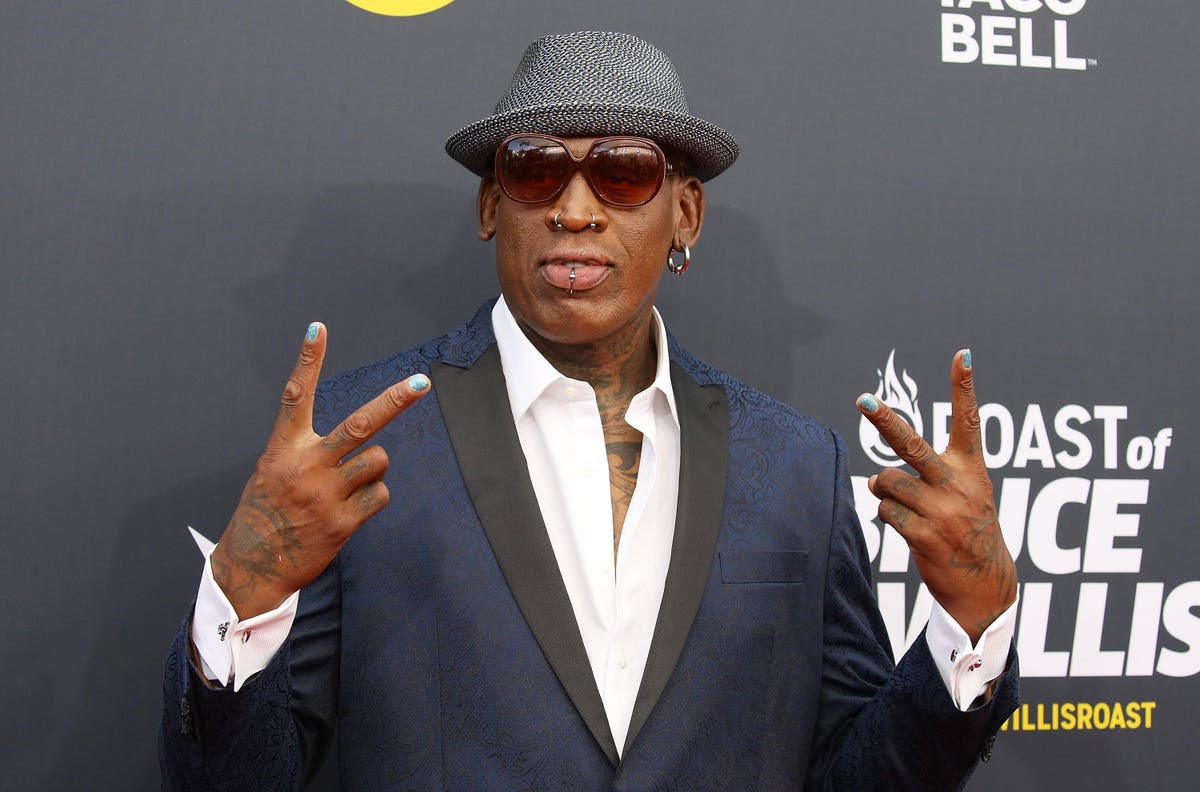 Viewers of last year’s Michael Jordan-Chicago Bulls doc The Last Dance, which drew massive numbers, finally got confirmation of a long-rumored Las Vegas trip that power forward Dennis Rodman went on in the middle of their 1998 NBA Finals run. Now the story which was highlighted in episode three will be the subject of 48 Hours in Vegas, a feature film by Lionsgate as first reported by Deadline. The film will document the wild Sin City adventure that Rodman embarked on after asking head coach Phil Jackson for a mid-season break.

“When Scottie was out, Dennis was a model citizen, to the point where it was driving him f–king insane,” basketball icon Jordan said in The Last Dance. “So, when Scottie came back, Dennis wanted to take a vacation.”

Jackson granted him 48 hours which turned into four days that Rodman spent living it up in Las Vegas with then-girlfriend Carmen Electra and a group of friends.

“Dennis was bizarre. But I think what made it work was Phil and Michael’s understanding that to get the most out of him on the court, you had to give him some rope,” former Bulls sharpshooter Steve Kerr said in the episode. “And they gave him a lot of rope.”

“There’s only one Dennis Rodman. In 1998, there was nobody on Earth who’d be more fun – or maybe more dangerous – to party with. And yet that’s not even half of who he is,” said Nathan Kahane, president of Lionsgate’s Motion Picture Group, in a statement. “This movie takes you on an unforgettable ride with the myth, the legend, and also the man that Dennis is, behind everything you think you know. We could not be more thrilled to be working with Phil, Chris, Aditya, Ari, Will, and Jordan, and above all, Dennis, whose amazing career and life will make for an off-the-wall hilarious yet completely human and emotional movie. You think you know anything about ’The Worm’? Just you wait!”

The film will be produced by Phil Lord, Chris Miller and Aditya Sood for Lord Miller. Ari Lubet, Will Allegra and Rodman will serve as executive producers. The screenplay will be written by Jordan VanDina.

Lord Miller’s credits include the recently produced Netflix animated feature The Mitchells vs. The Machines, the streamer’s biggest animated film to date. They also won the Academy Award for Animated Feature for Spider-Man: Into the Spider-Verse in 2019.