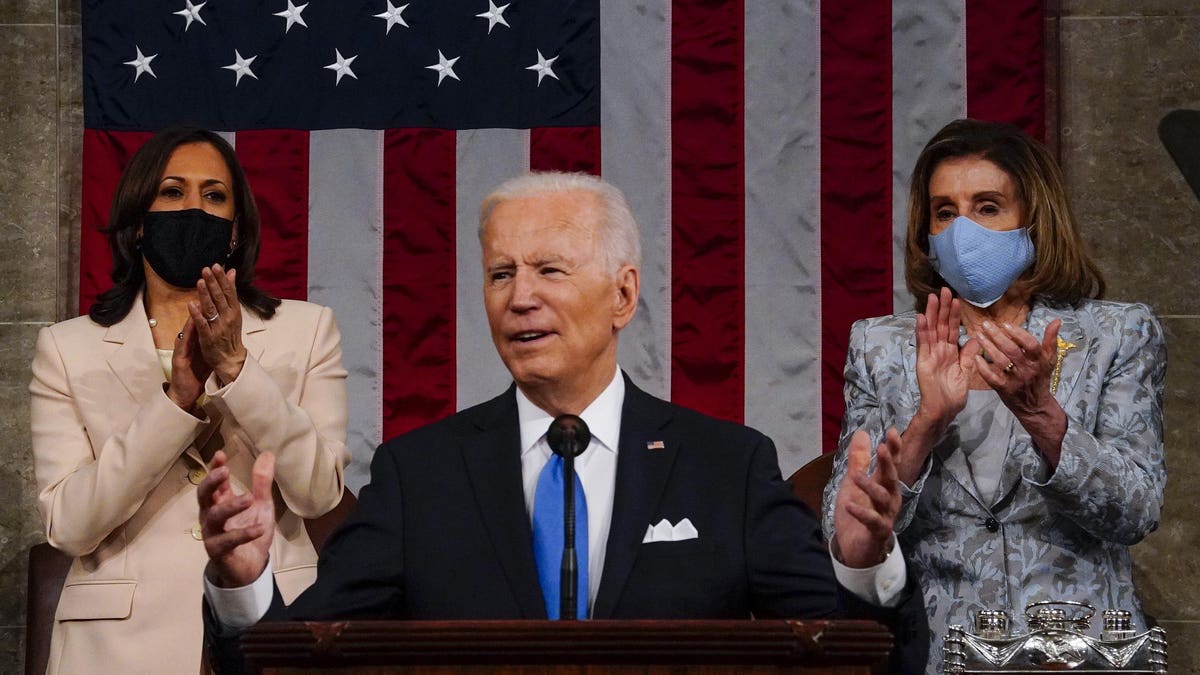 The Congressional Budget Office on Thursday finished assessing Democrats’ sweeping $1.8 trillion social spending proposal and concluded it would add about $367 billion to the nation’s budget deficit over the next decade, falling short of claims the package would fully pay for itself—even with additional revenue from tax enforcement activities.

Enacting the Build Back Better Act would increase the budget deficit by about $367 billion between 2022 and 2031, CBO said Thursday, not including revenue from new measures to bolster tax enforcement.

Still, CBO projected those tax enforcement activities would reduce the deficit by only about $207 billion in the next 10 years—significantly less than the “conservative” $400 billion estimate from the White House.

House Speaker Nancy Pelosi (D-Calif.) told lawmakers Thursday the chamber could proceed to a final vote on the bill “as soon as” CBO released its final budget estimates for review by House members, including a few Democrats who said they’d reject a vote without the estimates.

Despite the worse-than-expected findings, it’s not yet clear it’ll be a dealbreaker for House Democrats: Rep. Kurt Schrader (D-Ore.), who withheld support for a vote until CBO’s scores were released, said this week he wouldn’t be “dissuaded” by a lower score because the agency doesn’t include revenue from certain investments in its projections.

Senate Finance Chair Ron Wyden (D-Ore.) alluded to that in a statement after CBO’s findings were released, saying he’s “confident” in the Treasury’s estimate that investing in the IRS will generate at least $400 billion in additional tax revenue from “wealthy tax cheats.”

The new report comes after a separate nonpartisan analysis released earlier this month by the Joint Committee on Taxation estimated the plan’s proposed new taxes would raise about $1.5 trillion in revenue, similarly falling short of the bill’s total price tag although it didn’t account for tax enforcement provisions.

For months, Democratic leaders have struggled to advance President Joe Biden’s Build Back Better plan due to opposition from spending-wary moderates. The plan, initially unveiled as a sweeping $3.5 trillion proposal in July, went through a round of massive cost cuts last month in an attempt to appease Sens. Joe Manchin (D-W.Va.) and Kyrsten Sinema (D-Ariz.), who’ve cited inflationary concerns as reason to temper government spending. Then earlier this month, five moderate House Democrats, including Kurt Schrader (D-Ore.) and Stephanie Murphy (D-Flo.), sent a letter to Pelosi refusing to support the $1.8 trillion spending package without first seeing the “true cost of the legislation” via reports from JCT and CBO. Manchin made the same request.

Faced with the highest inflation rates in three decades, Democratic party leaders have started promoting their sweeping proposal by suggesting its measures would not only pay for itself, but also help cool rising places. “Want to fight inflation? Support Build Back Better,” Majority Leader Chuck Schumer said Tuesday, arguing the plan would lower the cost of expenses like housing, childcare and prescription drugs through subsidies and public housing provisions. However, some economists have already suggested the contrary. “This bill goes the wrong way in the short term,” Doug Elmendorf, a public policy professor at Harvard University, said during a webinar Wednesday, pointing out higher demand spurred by government spending will only add to inflationary pressures.

Even if the Build Back Better budget proposal makes it past the lower chamber, the bill is sure to face scrutiny in the Senate. Manchin and Sinema have repeatedly dodged questions about their support for the plan, with Manchin most recently saying Democrats “must allow time for complete transparency and analysis” on the bill before moving it forward.

In August, CBO found the recently passed bipartisan infrastructure package would add an estimated $256 billion to the budget deficit over 10 years. That package, which Biden signed into law on Monday, includes more than $1 trillion for the nation’s roads, bridges, airports, transit and more, marking one of the largest infrastructure bills in U.S. history.

$35 trillion. That’s how much CBO projects the nation’s debt will swell to in the next 10 years. Unprecedented government spending during the pandemic has lifted national debt from about $23 trillion at the end of 2019 to just under $29 trillion today.

Democrats’ Bill Comes With $1.5 Trillion In New Taxes—Here’s How It Breaks Down And Who Would Be Most Affected (Forbes)