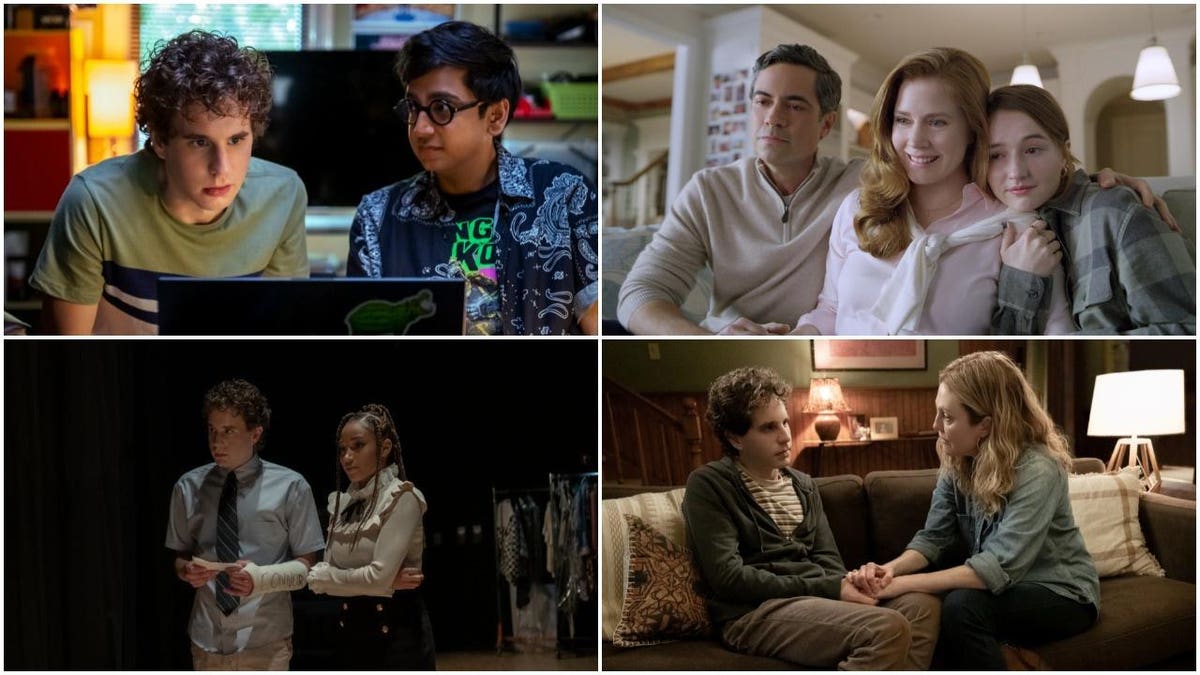 There was only one major wide release opener this weekend, and nobody was expecting Universal’s Dear Evan Hansen to displace Shang-Chi at the top of the weekend charts. The critically drubbed musical adaptation of the Tony-winning Broadway show opened yesterday with just $7.5 million in its debut weekend. That is, Covid curve or not, still a disappointing debut for the $26 million drama. However, the film has a poor 33% and 4.8/10 average critic rating, but a 93% and 4.5/5 audience score on Rotten Tomatoes. The Ben Platt-starring melodrama, co-starring Juliane Moore, Amy Adams, Kaitlyn Dever and Amandla Stenberg, also nabbed an A- from Cinemascore.

Critics and online media folks somewhat declared war on the “problematic” drama (involving an anxious and possibly on-the-spectrum high schooler who fakes a viral narrative about having been friends with a classmate who recently died by suicide). 28-year-old Platt (who originated the role on stage and whose father is one of this film’s producers) took the bulk of the scorn for reprising onscreen and admittedly looking more like Channing Tatum in 21 Jump Street than Logan Lerman in The Perks of Being A Wallflower. Yet paying audiences seem to like the film just fine. This isn’t necessarily a “critics are wrong but audiences are right” screed.

When I was a young man, I didn’t take it personally when my local paper panned The Phantom or Rambo III. Moreover, I have become (overly?) protective of studio programmers and “just a movie” movies in a tentpole/franchise era. Right or wrong, I’ve become increasingly disgruntled at those who would declare holy war on “weird” or “unusual” studio flicks like Book of Henry, Collateral Beauty or, yes, Dear Evan Hansen (with a lot of depiction = endorsement subtext) and then wonder why Hollywood mostly concentrates on franchises and/or makes many of those franchise flicks as vanilla as possible.

If we want more unique mainstream theatricals, we can’t react in horror to every non-predigested plot beat or unsympathetic character reveal. Moreover, while “Film Twitter” does not reflect the general consensus among paying consumers or even many critics (see also: Candyman, which got mostly positive reviews but was tagged as divisive via a vigorous online debate), it can infect the media narratives in a world where journalism can often be “people on Twitter are outraged!” clickbait. Big movies (Bohemian Rhapsody, Peter Rabbit, Green Book, etc.) can survive these “nontroversies,” but smaller films like Tully or even In the Heights can end up being defined by them.

I liked Dear Evan Hansen as “just a movie” trying to walk a tightrope between World’s Greatest Dad social commentary and Wonder-style uplift. I don’t disagree with all the criticisms but too much of it was online snark or acting as if unpleasant feelings or awkward/macabre moments were automatically incorrect. The strong audience scores do offer the mere possibility, however unlikely, that it’ll pull Greatest Showman legs as the only big musical in town amid a slew of franchise-specific tentpoles. Come what may, Dear Evan Hansen will be the only thing of its kind amid Venom 2, No Time to Die, Halloween Kills, Dune or even Last Night in SoHo.

Do I think this Benj Pasek and Justin Paul-crafted musical will leg out like Titanic and end up with $100 million domestic? Nope, but if it pulls a 6.66x multiplier (hail Satan!) and passes $50 million domestic, I will have a hearty laugh. Or maybe Occam’s Razor applies, and it’ll crawl past $20 million. Either way, sometimes a movie, even a bad movie or a movie that doesn’t work for you, is just a movie. In better Universal news, Candyman has passed the inflation-adjusted total of Candyman ($25 million in 1992/$56.4 million adjusted) and the raw gross of The Suicide Squad ($56 million) to become this year’s second-biggest R-rated movie.

I’m guessing the $64 million gross of The Conjuring: The Devil Made Me Do It is a bridge too far, but $73 million-and-counting is more than okay for a $25 million horror sequel that is currently performing well (first or second place alongside F9 on most of the relevant platforms) on PVOD. Anyway, Candyman grossed $2.46 million (-30%) in weekend five for a $56.8 million 31-day cume. That it’s still holding well theatrically qualifies as a win/win and good news for Free Guy which debuts on VOD this Tuesday. Maybe Hollywood can have its cake and eat it too.

Skipping around a little, Free Guy earned another $4.1 million (-20%) in weekend seven for a new $114.1 million domestic cume. The over/under $115 million Ryan Reynolds/Jodie Comer original has earned $203.3 million overseas for a whopping $317.4 million global total. Like Godzilla Vs. Kong, I’m inclined to argue that this one earned more (especially in North America) in these circumstances than it might have in a more crowded non-Covid marketplace. The $200 million Jungle Cruise earned another $1.75 million (-16%) in weekend nine for a new $114.9 million domestic and $208.9 million worldwide. Here’s hoping that Jungle Cruise 2 will perform as well as Jungle Cruise might have in non-Covid times.

In better news for casual inclusivity, Old has passed $90 million worldwide. That means the M. Night Shyamalan film has quintupled its $18 million budget. The buzzy and “You have to see it to believe it” macabre chiller joins Conjuring 3 in the “five times your budget club,” again showing how well horror held up amid a complicated summer. Of course, Old got the benefit of a conventional theatrical window (likely because Shyamalan self-financed the picture). For those who waited, Old will debut on EST on October 5. It will make a hell of a double-bill with Malignant.