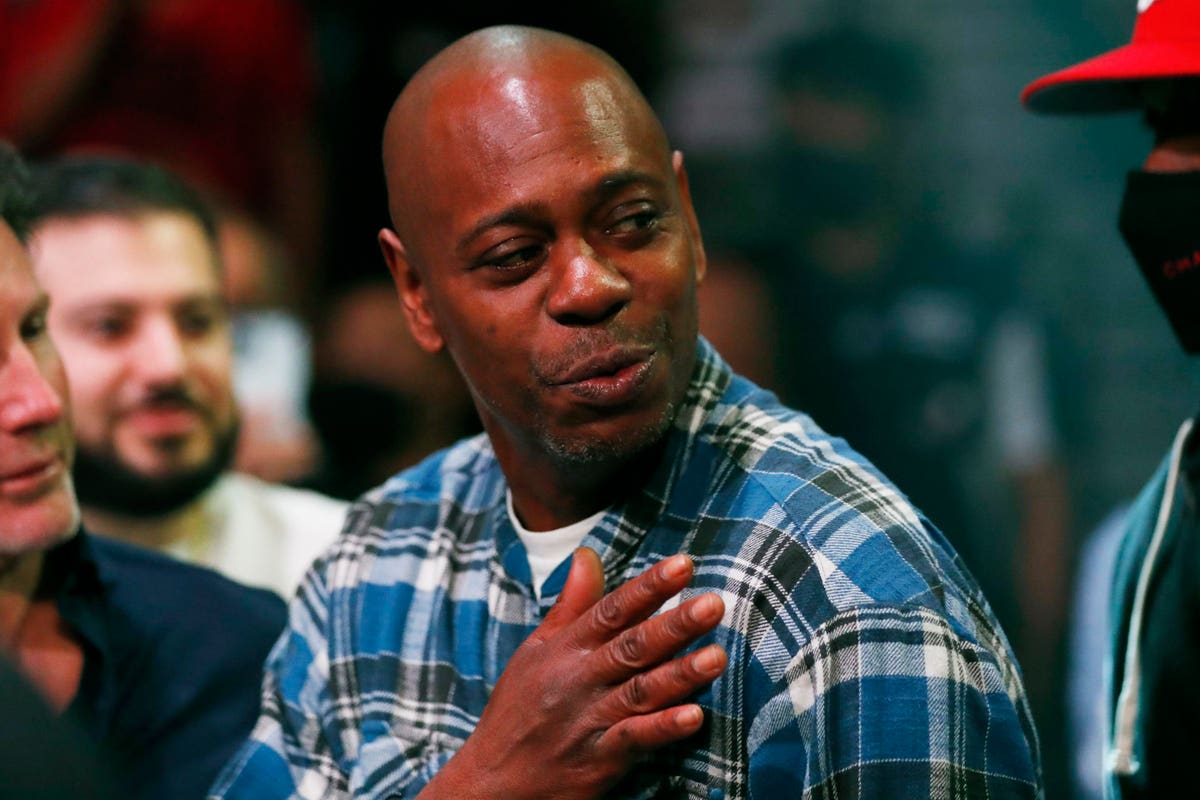 Dave Chappelle’s alma mater, the Duke Ellington School of the Arts in Georgetown, first cancelled his fundraiser for the school and then changed their minds and postponed him to late April. Now they have announced that they are still going to name their theater after him.

It’s easy to see what’s going on here. Chappelle has been a loyal alum to the Duke Ellington School and has donated lots of money to it. But he spoke quite a bit about transgendered people in his last Netflix special, “The Closer”, and many people consider his jokes transphobic. Students at Duke Ellington complained and threatened to protest the fundraiser. The school’s first instinct was to mollify the most vocal students and cancel Chappelle. But it didn’t want to kill the golden goose and is hoping that by April the controversy will have died down enough that they can have the fundraiser, avoid too much controversy and not alienate Dave Chappelle.

Hypocrisy reigns supreme over this entire situation. The school is obviously triangulating desperately to balance its desire for Chappelle’s money with its desire to avoid controversy.

There is no indication that they might consider this a teaching moment. There is a genuine discussion to be had about whether “The Closer” is transphobic. The word itself is clumsy and inaccurate. Phobias are fears and Chappelle certainly isn’t afraid of trans people. He does believe that gender is matter of biology. He says that: “every human being in this room, every human being on Earth, had to pass through the legs of a woman to be on Earth.” So, he doesn’t believe that a trans woman, who can’t give birth, is a woman in the same sense as a woman with a uterus, birth canal, etc. Obviously, trans women who are incapable of giving birth but deeply believe themselves to be women strongly object to what he said, and they have every right to do so. He also makes a joke comparing trans genitals to plant-based meat substitutes and it’s easy to understand why many trans individuals find this hurtful.

But this doesn’t automatically make Chappelle afraid of trans people or hateful towards them. Many people are confused by the idea of women with penises and men with vaginas. Joking about it isn’t the same thing as spreading hate or fear. The worst thing anybody can do to another group (short of violence of course) is to dehumanize them. Chappelle does the opposite of that. He has a long segment about a trans woman comedian, Daphne Dorman, whom he invited to open for his act in San Francisco. Dorman defended Chappelle against charges of transphobia, writing: “Punching down requires you to consider yourself superior to another group. He doesn’t consider himself better than me in any way. He isn’t punching up or punching down. He’s punching lines. That’s his job and he’s a master of his craft.”

Dorman got mauled on social media for defending Chappelle and ended up committing suicide. No one can know for sure if the criticism is what drove her to take her own life, but Chappelle paints a rich portrait of her and makes the point that hate against a trans person can take many forms. It’s not always obvious who is “punching up” and who is “punching down”. When a social mob gangs up on a vulnerable person, Chappelle believes that they are victimizers even if many are trans persons themselves. One can agree or disagree with this, but his point merits discussion, not boycotts, and certainly not the craven hypocrisy of the Duke Ellington School.

The left’s obsession with “punching up” and “punching down” leads to another form of hypocrisy as well—it’s blindness towards anti-Semitism (unless it comes from the political right). In the same show, Chappelle makes a joke about making a movie called “space Jews” in which the Jews come back from an unsuccessful venture into outer space and now want to conquer Earth and take it back. The idea that Jews want to rule the world is an old anti-Semitic trope and a very harmful one. And Chappelle certainly doesn’t balance it with any warm and empathetic stories about Jewish people he knows. It is anti-Semitism served straight up. Yet, outside of the Jewish press, this blatantly anti-Semitic joke produced almost no reaction.

The point isn’t that Chappelle is necessarily ant-Semitic. He may have been trying to put the audience on edge. After the joke he said “it’s gonna get worse than that, hang in there.” The point is that, because the left thinks of Jews as being on top of the power hierarchy, they don’t react to a dehumanizing joke about Jews being alien invaders bent on taking over the world. Because they see trans people as lacking power, they paint a simplistic picture of Chappelle as phobic and hateful. An argument can certainly be made that, despite the warm portrait of a trans woman comedian, Chappelle’s show is harmful to transgendered people. That’s a great discussion to have. But the silence over raw anti-Semitism while Chappelle is simplistically vilified over his jokes about transgender people shows that we need more dialogue and fewer cancellations.