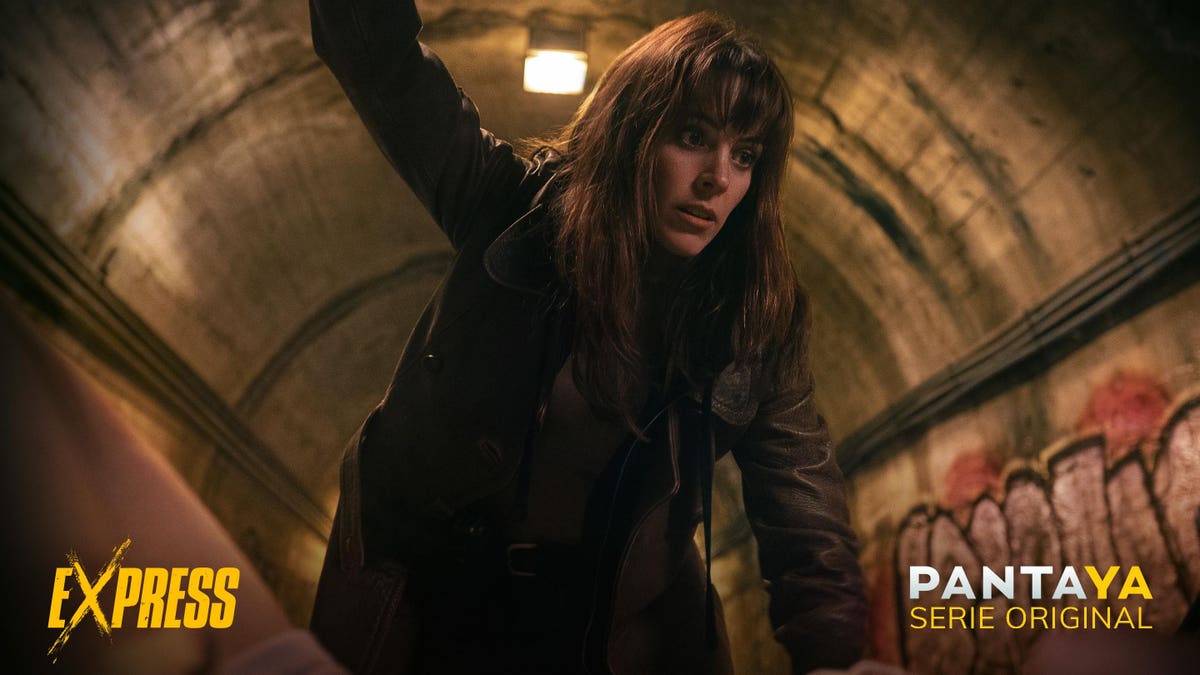 Spanish actress Maggie Civantos stars in the new original crime thriller Express, which debuts January 16 on Pantaya in the U.S. and Starzplay in Spain and Latin America.

The eight-episode, one-hour series created by Iván Escobar (Locked Up), tackles  “secuestros express” (express kidnappings, a crime more commonly associated in Latin America), where a victim is abducted for a short period of time and forced to withdraw money from an ATM.

Civantos portrays Barbara, a criminal psychologist, who after being the victim of an express kidnapping, becomes a negotiator who works on cases similar to hers, while grappling with the trauma she endured when she was abducted and the impact it had on her family.

Internationally known for her roles in hit series Las Chicas del Cable (Cable Girls) and Vis a Vis (Locked Up), available on Netflix , Civantos talks about her role and Starzplay’s first international original series to be filmed and produced in Spain.

Maggie, how would you describe your character in the series?

Bárbara Vázquez is a criminal psychologist. She assembles a kidnapping rescue intervention team. But she has been the victim of a kidnapping so she is a very contradictory, complex character. In each episode, she solves a case but she is also opening a wound. There are moments throughout the season where she realizes that she has to confront and resolve the trauma she went through. My character connects us with all the worlds that we see in the series. She is the leader of the team, who takes us through the journey but in the end, all the characters are super interesting, complex and with their own issues.

You have played a wide variety of roles in your career, how have you evolved as an actress?

For me, every day I go to a set is a challenge. I am grateful to have the opportunity to grow, to improve, to learn, to get out of my comfort zone, to work on something different. I think this character has given me the opportunity to work on many things that I had not previously worked on. I have been able to experiment and explore new things with this character. Sometimes, the characters themselves teach you not to think so much but to feel and do. And Barbara has taught me that.

The series deals with a very intense topic. How do you think it will connect with the audience, especially in countries where people have experienced express kidnappings firsthand?

I believe that the subject of kidnappings is treated with great respect. Beyond the seriousness of the kidnappings, I think the series has a much greater scope. Even if people are not familiar with this type of crime, because it does not happen in their countries, the series talks about many more things. It talks about fear, about the express lives that we live around the world. And it also talks about family. There was great effort to handle the issue with sensitivity and respect. As for me, I did a lot of research because I was going to portray a victim of a kidnapping and had to depict the consequences of the crime for survivors and their families. I think the series will be well received because the series is made with a lot of respect.

It’s super important nowadays. I believe that here in Spain, great productions are being made, but what’s happening is that there’s now the opportunity for distribution on a global scale and that is also the key to success. I think that the visibility provided by the platforms has changed the entire industry. I think that specifically Spain is creating international content because it touches on universal topics. For example, with this series Starzplay has done its first production in Spain. The platform invested on a national product with an international reach and appeal.