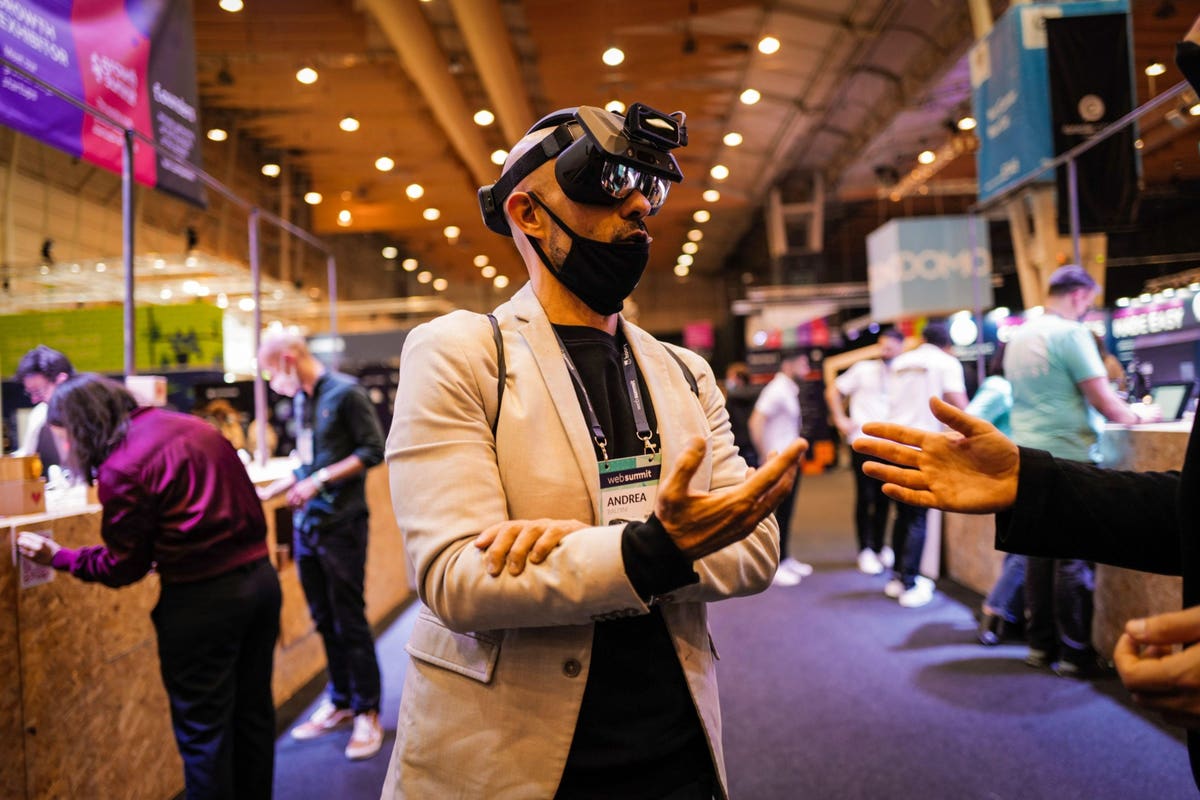 Tech leaders’ “to-do” lists are getting longer every year as software becomes ever more critical to corporate success. But top U.S. CIOs say that there are a few areas that will demand much of their attention in 2022, including technologies for delighting customers, turbocharging employees’ productivity and guarding against cyberattacks.

With omicron putting many full return-to-office plans on hold, supporting remote and hybrid workers is still going to be one of CIOs’ most important priorities in 2022. “We have a high-level idea of what that hybrid model should really look like,” says Shankar Arumugavelu, the global CIO of Verizon, “but there’s a lot to perfect in that still.” In its physical store locations, Verizon intends to keep evolving what it calls “touchless tech” that allows employees in stores to keep serving customers safely through a combination of mobile apps, geofencing capabilities and handheld devices.

Like Arumugavelu, who says he and his C-suite colleagues will be using insights gleaned from these and other technologies to keep improving how Verizon serves customers, plenty of other CIOs will be focused on finding new, digital ways to enhance products and services. For some, that will mean diving more deeply into the metaverse and the technologies such as virtual reality (VR) and augmented reality (AR) that underpin it.

Suja Chandrasekaran, the chief information and digital officer of CommonSpirit, which operates 120 hospitals and more than 1,000 care sites across 21 states in the U.S., acknowledges there’s a lot of hype around the metaverse but is excited by the prospect of creating meaningful applications using VR and AR. “In any early [tech] disruption, the only way to make something real is with simple use cases,” says Chandrasekaran, whose team is looking into using virtual reality to help in nurse training and certification, with a goal of producing a prototype experience within a few months.

Chandrasekaran is also focused on combining tech and data to improve customers’ experiences. Among multiple initiatives, CommonSpirit is looking to partner with other companies in 2022 to create wearable sensors such as heart rate monitors that are more capable than existing consumer offerings, but not so complex that they’ll need regulatory approvals. “There’s more magic to be created at the intersection of medical-grade and consumer-grade devices, which is a space we’re pushing into,” says Chandrasekaran.

Finding ever smarter ways to use the data generated from devices and online interactions will be another top CIO priority this year. In emailed comments to Forbes, Lori Beer, the global CIO of JPMorgan Chase, says 2022 will bring “a continued focus on data governance, privacy and enterprise-scale platforms” for her team and adds that one of her key goals is to help the bank use the insights generated from the information it gathers to create more personalized offerings for its customers.

CIOs who’ve been using data to fuel experiments with AI applications say this year is likely to see an explosion in the use of algorithmic models in business. “We’re going to move beyond pilots and proofs of concept,” says Verizon’s Arumugavelu, who adds that this “industrialization of AI” at his own company will help engineers better predict when equipment needs maintenance and allow developers to create more—and more secure—code.

Ron Guerrier, the global CIO of HP, echoes that view. Like many other tech leaders, he’s been championing a strategy that uses AI-powered automation and agile development techniques to improve HP’s internal software operations. A key part of this evolution involves upskilling HP’s IT workforce, an initiative Guerrier says began last year and will accelerate in 2022.

Retaining workers at a time when turnover is exploding because of the “Great Resignation” will be top of mind in 2022 for all the CIOs Forbes spoke with. So, too, will be finding more ways to boost diversity in tech workforces, which is set to become an even more pressing issue as AI is industrialized. At HP, Guerrier says he plans to keep working this year towards a goal of having the U.S. IT team’s racial representation match the nation’s overall diversity mix over time.

In any early [tech] disruption, the only way to make something real is with simple use cases.

Guerrier brings up one other issue that’s guaranteed to be at the top of CIOs’ priority lists this year. He foresees a rise in cyberattacks focused on workers shuttling more frequently between homes and offices as Covid continues to disrupt return-to-office plans. Risks in the tech supply chain are also likely to face even closer scrutiny in 2022 following security debacles such as the massive SolarWinds hack and the recent Log4j crisis.

At Toyota Financial Services, a wholly owned subsidiary of Toyota, which just dethroned GM as the bestselling auto company in the U.S., tech leader Vipin Gupta says reviewing risks in its digital cloud supply chain is already a top priority. The largest auto finance operation in America, Toyota Financial Services relies heavily on third-party cloud services, so it’s going to spend more time in 2022 identifying where there may be concentrations of risk within its overall ecosystem.

“Now we have to worry about suppliers of suppliers and their suppliers,” says Gupta, who’s also been heavily involved in driving a major project to help the company build a business as a supplier of financial services to other firms. Toyota’s finance arm already has a deal with automaker Mazda and recently signed one with the parent company of Bass Pro Shops and Cabela’s to provide funding for purchases of boats, all-terrain vehicles and other products.

From tech to the top

Gupta’s role has expanded along with the company, meaning he’ll have even more top priorities this year. After serving as CIO since July 2018, he started a newly created role on January 1 as chief innovation and digital officer, which expands his remit to include responsibility for things such as corporate strategy and planning, incubation of new ventures and the management of some business lines within the firm.

Executive recruiters predict that more CIOs and CTOs will be given wider responsibilities this year, which could see them increasingly in line to take over CEO roles in the future, in the same way that Parag Agrawal, Twitter’s CTO, was promoted to the top slot at the company after Jack Dorsey stepped down last November. “Tech leaders are becoming really good at driving change,” says Craig Stephenson of executive search firm Korn Ferry. “They are becoming enterprise-wide leaders rather than functional ones.”