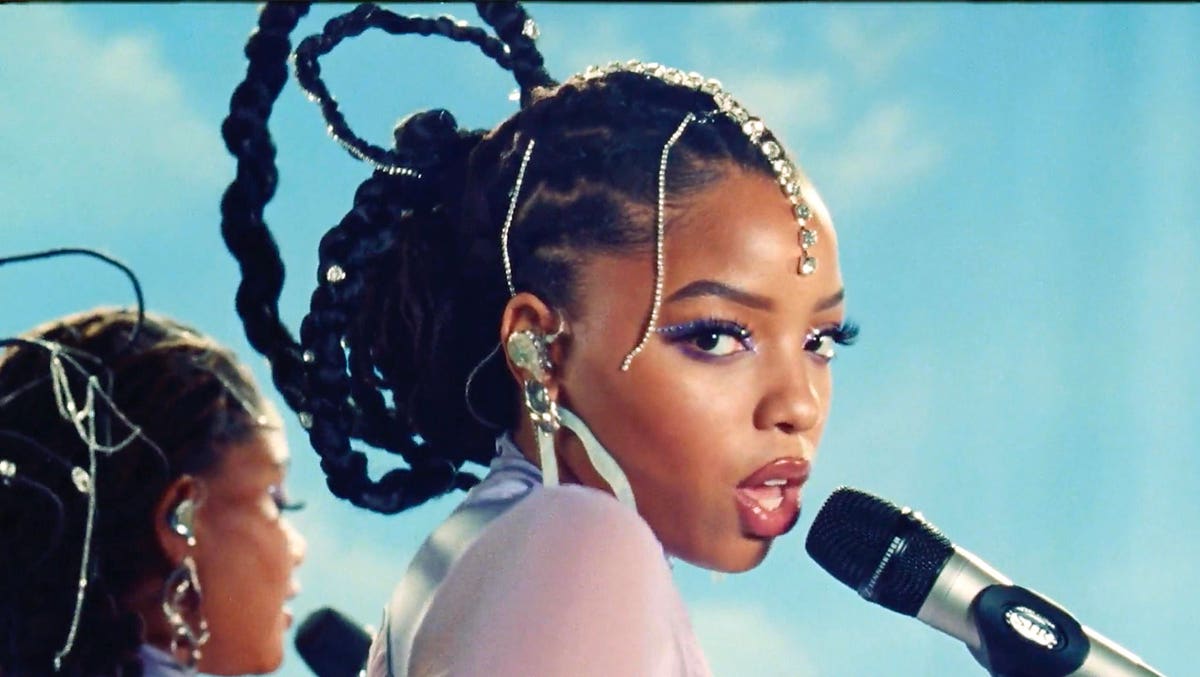 In just a few short years, Chlöe and Halle Bailey have become one of the music industry’s hottest new breakout acts. The Atlanta-bred sisters rose to prominence under Beyoncé’s wing after the Grammy-winning icon noticed their talent in covering songs of hers on YouTube. They signed to her Parkwood Entertainment label and released their debut album The Kids Are Alright in 2018, and impressed audiences and critics alike even further with their 2020 follow-up Ungodly Hour.

Despite the success of Ungodly Hour, Chlöe and Halle have spent the last year laying the groundwork for their respective solo careers. Halle has been away in Europe for nearly all this year filming Disney’s upcoming live-action Little Mermaid movie, while Chlöe has been at home in the States showing off her skills as a solo performer. She made headlines earlier this summer when she gave an unforgettable rendition of Nina Simone’s civil rights classic “Feeling Good” — and while some blasted her for the performance, Simone’s granddaughter herself showered her with praise. “Everyone’s coming at Chlöe Bailey for her performance of my grandmother Nina Simone’s song ‘Feeling Good.’ But what y’all don’t understand is that grandma was a free-spirited woman herself!!” RéAnna Simone Kelly tweeted. “She would’ve loved that performance as much as I do! Relax. Chlöe killed it.”

Now, after months of anticipation, Chlöe released her debut solo single, “Have Mercy,” along with an accompanying music video. The song serves as the lead single off her upcoming debut solo album.

Chlöe was lambasted after the “Feeling Good” performance for her seemingly raunchy dance moves. In the “Have Mercy” video, she throws that criticism back in haters’ faces with unabashed confidence and self-assurance in her body as well as her music. The video is a little bit “Wild Side,” a little bit “WAP,” and 100% Chlöe.

Much like Beyoncé and Solange, Chlöe and Halle are seemingly on diverging artistic and creative paths, each with their own unique sounds and personas. Chlöe x Halle is by no means broken up for good, but some time apart to blossom on their own may prove to be the best thing for both sisters’ careers in the long run.