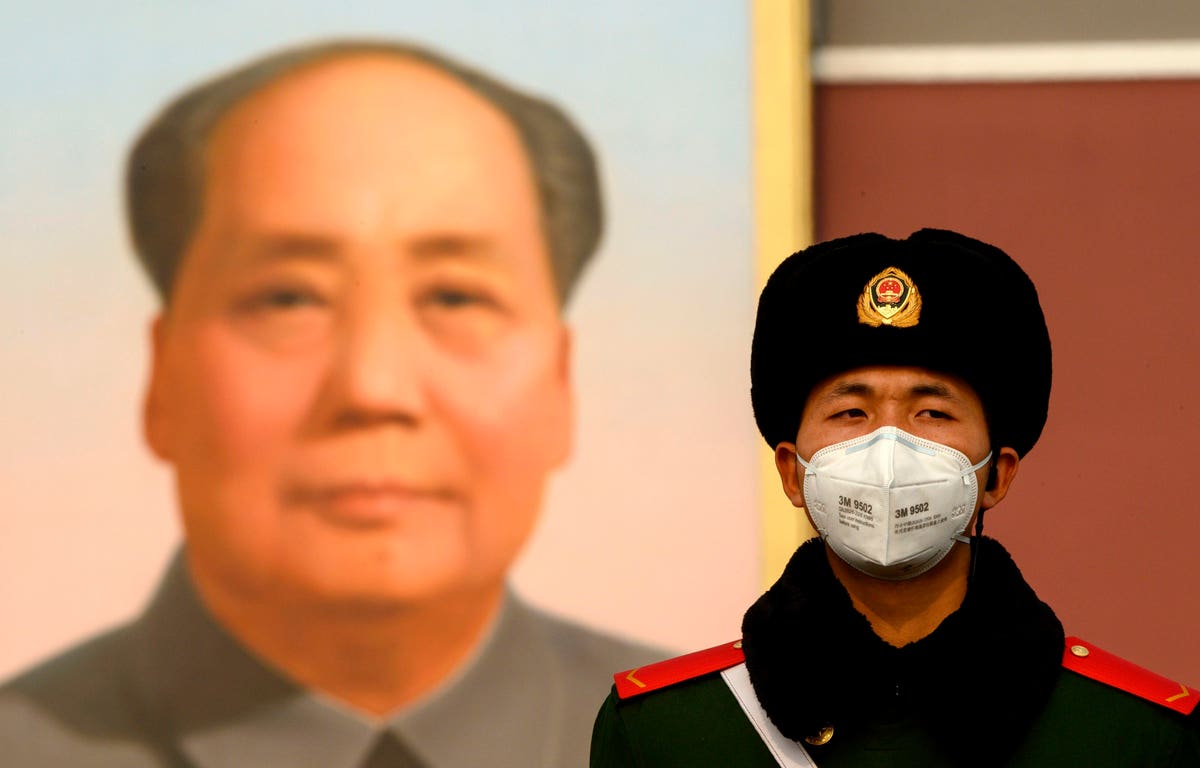 The question is back on the table. The Omicron variant is surging now around the world, and has penetrated China’s firewall. Beijing has re-imposed its strictest countermeasures, including lockdowns of entire cities. Economic activity is impacted, and evidence of a slowdown is accumulating.

Authorities are racing to stay ahead of the contagion. But CNN has reported that (according to a Chinese virologist) “Local outbreaks are springing up one after another.” ABC describes a sense of emergency.

The first case of Omicron has now been reported in Beijing itself.

Can China contain this? At what price?

Problems with the Data

Chinese Covid data is plagued by puzzling gaps and anomalies. Some researchers have tried to interpolate the missing information by using various “advanced” statistical techniques (the stylish label is “machine learning”). Notably, The Economist magazine has developed and published an ML model based on “121 different indicators for over 200 distinct countries and territories.” (I have cited some of their findings in a previous column.)

ML techniques can be very useful in detecting hidden patterns. They can also produce results which may be hard to interpret or explain. Critics (especially in China) have seized on this point to reject any and all “interpolated” data, and any hypotheses or conclusions based on such.

At my university we have experience with ML and related techniques. I believe The Economist’s model is sound, as far as it goes, and if the authorities in Beijing were to make data available from China, the results could be improved. Nevertheless, to avoid these concerns about ML interpretability, in this column I will focus on conclusions that can be based strictly on the data officially reported by the Chinese government.

Even sticking with this uncontested source, however, obvious problems emerge. In some cases, the data is incomplete. In others, it is highly implausible. And some of what is reported cannot possibly be true.

Information from China on Covid-related matters is often simply unavailable. For example, China does not report any figures for excess mortality, which is a standard metric that the United Nations calls the “preferred measure” for assessing the impact of the disease on a given population. Scientific studies of Covid mortality are forced to leave China out of consideration.

China in fact systematically refuses to cooperate with almost all requests for Covid-related data from international organizations and scientific researchers (many examples noted in my previous column). The Economist’s study comes with a caveat: “The Chinese Centres for Disease Control did not respond to our requests.”

Lack of cooperation is not necessarily incriminating, but it is very problematic. China’s data-embargo has compromised the inquiry into the origins and evolution of the pandemic, and it is now obstructing our understanding of the effectiveness of alternative countermeasures.

Some of the official data that Chinese authorities do choose to make available is very strange. One might wonder how China can claim a Covid mortality rate 30 times lower than Korea’s, 50 times lower than Singapore’s? Or 73 times lower than New Zealand’s (since April 2020)? These are countries with strict containment policies, highly secure borders, strong public health infrastructure, and high vaccination rates.

Still, it is true (as some readers responding to the previous columns have argued) that no country has gone quite as far as China has, locking down cities, banning all travel, welding people shut into their houses, setting up mass quarantine camps, jailing workers for failing to wear masks (e.g.), etc…

Perhaps, say China’s defenders, it shows that Beijing’s extreme policies actually do work better than merely very strict ones. Perhaps. But is this the most likely explanation?

That leads us to a more serious problem with the data.

There are at least two “smoking guns” sitting in plain sight, based on the official figures published by Beijing – unexplained discrepancies which point directly to the apparent manipulation, suppression, and even falsification of the data relating to Covid mortality in China.

Of all the “gaps” in the official data coming out of China, the most damning is the complete cessation of all reported Covid mortality in Mainland China after April 2020 – despite the continuing spread of the infection, despite tens of thousands of reported cases of Covid infection.

Prior to April 2020, Covid was raging in Wuhan/Hubei (according to official statistics) — with an unusually high case fatality rate (CFR) of 5.7% – 3 times higher than the CFR for the rest of the world. Note that Hong Kong, which also follows very strict containment protocols, shows a CFR of 1.6% – very close to the world average of 1.8%. (The U.S. rate is 1.3%.)

This is beyond “implausible.” Most of the 22,000+ cases officially reported in mainland China after April 2020 occurred prior to the introduction of vaccines or treatment.

Here’s the key point: China’s Zero-Covid policy may contain the spread of the disease – but it would have no effect on the mortality rate of individuals who do become infected.

In short, Beijing’s official 0.0% case fatality rate despite tens of thousands of Covid cases in the last 20 months is a medical impossibility. It is clear that the data is being suppressed.

Smoking Gun #2: The Deaths That Are NOT Missing

China does report the crude death rate for the entire population (available from sources such as the World Bank and the United Nations).

In the decade up to 2018, China’s crude death rate was increasing slowly, reflecting an aging population. (The global death rate was continuing its overall decline — with negative annual increases since 1950.)

In 2019, China’s increase in the crude death rate (deaths per 1000 population) took a huge jump above the previous trend line (according to UN data). Further anomalous increases occurred in 2020 and 2021. The rate of increase in China’s death rate accelerated by a factor of 6 times (2019-2021) compared to the previous decade.

The jump in China’s numbers broke the trend line.

In absolute numbers of deaths, the sharp inflection in China added almost 1 million “surplus” deaths above the trend line.

The bottom line: Some sort of public health crisis has taken place in China in the last few years. People are dying at an accelerated rate.

The numbers cannot be trusted.

In this column, we have looked at two inconvenient facts based entirely on official Beijing figures.

Tens of thousands of officially reported Covid cases throughout China (since April 2020) that have not resulted in a single death attributed to Covid? This is not possible, and not believable. China’s countermeasures, however extreme, have no effect on mortality once someone is infected.

A million deaths in China above the long-term trend line in the last 3 years? It is clear that there is an (unexplained) public health catastrophe taking place.

Maybe the better question is: What else could it be?