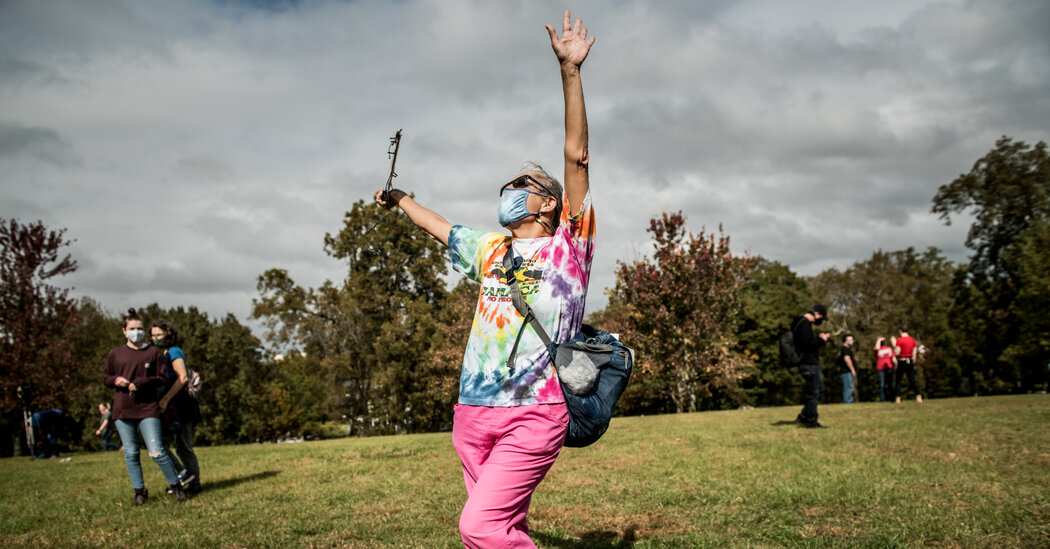 Five years later the Democrats would nominate an Iraq War opponent named Barack Hussein Obama and win decisively. By 2016, Bushism would be essentially repudiated in the Republican Party by Donald Trump. Today the vestiges of early-2000s hawkishness survive in establishment opposition to Biden’s Afghanistan withdrawal, but dovishness is often a political asset rather than a liability, and the post-911 vision of a G.O.P. running against weak-on-terror Democrats long ago dissolved.

So has the Bush-era vision of a G.O.P. rallying so-called values voters, a Christian and churchgoing voting bloc, against secularism, sexual liberation and same-sex marriage. The “Jesusland” that showed up in liberal memes after the 2004 election has been shrinking ever since, and socially liberal values have advanced on a wide range of issues. A world where Republicans could run a national campaign promising to maintain marriage as a heterosexual institution has given way to a world where Republican-appointed Supreme Court justices lock in transgender rights and about one in six adult Americans in Generation Z self-identify as outside heterosexuality (even if, one supposes, some of them still practice it).

Finally, progressivism has triumphed over the conservative ideology of welfare-state retrenchment, embodied by Bush’s push for Social Security private accounts and, in a more dramatic way, by Tea Party deficit panic and Paul Ryan’s big plans for Medicare and Medicaid reform.

In 2003, this limited-government ideology was powerful enough to keep major health-insurance expansion off the table for Democrats. By 2011 that expansion had happened, but seemed like it could easily be rolled back, and Obama was officially committed to some form of the deficit reduction demanded by the Tea Party right. But since then we’ve lived through a Republican administration that failed to dislodge Obamacare and ditched entitlement reform, an unprecedented experiment in social spending to carry the country through the pandemic, and a further spending surge under Biden — with Joe Manchin, the most rightward Senate Democrat on fiscal matters, standing to the left of where Obama stood 10 years ago.

So not one but three right-of-center ideologies — crusading neoconservatism, moralizing religious conservatism, Tea Party government-cutting — have fallen to progressivism’s advance. Meanwhile the country is more racially diverse, pot is legal or semi-legal in many states, incarceration rates have fallen, and ideas once on the leftward fringe are dominant across media and academia. In all these ways and more, America in 2021 is the country that liberals in the Bush era wished they lived in: more liberal and permissive across multiple dimensions, less traditionally religious and heteronormative, less male-dominated and less white.