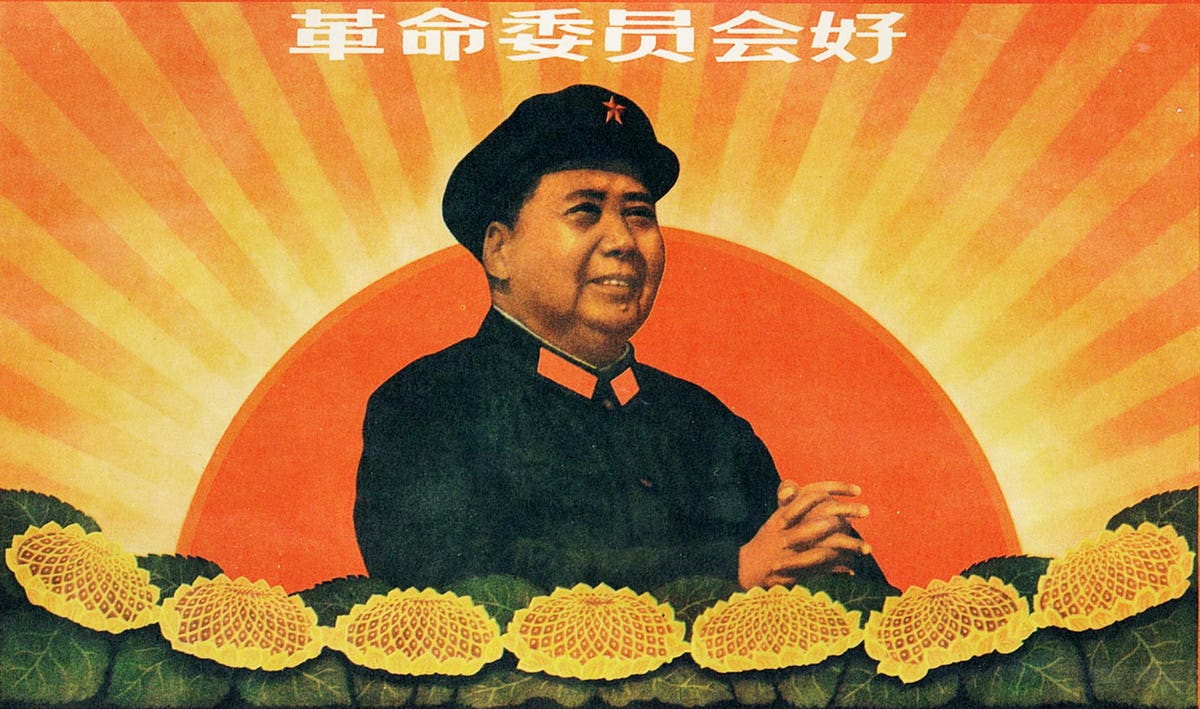 The gist of analysis on China and its Evergrande debacle is generally “the government will save things” and “China can’t have a crisis.” Both statements rely on the decades-old article of faith that Chinese leaders are all-seeing and all-powerful and have an amazing array of tools in their policy kit. The less this view is true, the more fervently it is asserted.

In the last six months, Xi Jinping and his “Thought” have been elevated in the State media and leadership pronouncements to a level heretofore enjoyed only by Mao. In its public discourse, the Party has significantly elevated Xi to semi-deity status, with the explicit claim he is able to control everything.

As we try to figure out whether the demise of Evergrande will spark a systemic crisis within China and in international markets, it may be helpful to read a new book written by a disaffected property developer named Desmond Shum: Red Roulette. The book should be read together with an excellent paper out of Harvard Business School by Meg Rithmire and Hao Chen on The Emergence of Mafia-like Business Systems in China. The overwhelming conclusions from these works are two: the price of fast growth in China is personal risk to both upper middle-class families and private sector tycoons. And the government’s management of business is chaotic, disorganized, short-term, and mis-serves its claimed public purpose.

Why do people inside and outside China repeatedly fail to realize this? A quick ride across town in a taxi in any city in China demonstrates the dangerous disorder that rules traffic management across the nation. Since every visible system is chaotic, why do people assume that banking, capital allocation, crisis management, and virtually all abrupt central Party moves are well-ordered?

The controlled press and most of the voices on social media are the government’s friends. Each time China faces a crisis—the vast unemployment created by the restructuring of State-Owned Enterprises, the Asian debt crisis, the Global Financial Crisis—the media hide the negative and emphasize the positive.

Regarding Evergrande and the real estate debacle generally, evidence before us is of a government terrified of the fallout and very uncomfortable with having to deal with it. Some of the issues they have studiously ignored:

·     There is news that Evergrande submitted several restructuring plans to the government before Spring Festival this year and was ignored.

·     Hundreds of real estate developers went bust in the first half. Several listed developers are in distress now, but they are not getting coverage.

·     Local land bureaus declare property values without real market tests, and developers have been cited something like 400 times for dropping prices in violation of local price floors.

·     Banks have universally tightened requirements for obtaining a mortgage, and rates are averaging over 6%.

Evidence suggests a lengthening crack in the economic egg since at least July, but authorities have been acting as if someone had made a rude noise in an elevator.

Newspapers and TV stations routinely prepare obituaries for famous people well in advance of their deaths so that they will be ready to publish as soon as the death occurs. After all, death tends to be inevitable. As foreign analysts have been reminding everyone who will listen, they have been warning for a decade that Evergrande and China’s property bubble generally were unsustainable. So why hasn’t the Chinese government come up with a plan? Maybe the authorities simply are not equipped to solve problems like Evergrande.

Red Roulette provides several clues as to why. Among them:

·     Absolutely no one is driven by civic goals. Terms like “common prosperity” are half-heartedly thrown around, the way developers say they want to “build China,” as self-justifying narratives.

·     In the effort to remove localism from governance, China has accentuated the short-term nature of incentive. Officials are parachuted in from other localities and, if they do well, transferred within a couple of years. Their interest is in immediate and visible KPIs, not sustainable gain.

·     Private entrepreneurs have served as lubricious agents of Party interests to the system, but their utility is limited and their risks to the Party power monopoly are growing.

·     Ownership rights are so imperiled that entrepreneurs are best advised to take cash out of deals immediately and spend it fast, much as drug dealers spend on luxuries lest the government take away their money.

·     A gray regulatory mist envelopes pretty much all private business and financial activities, making it easier for the government to force private parties to take losses—people always wonder if their investment broke some rule, and it always did.

·     China’s period of reform and economic restructuring was always meant to be instrumental and temporary. The watershed end to the use of “capitalist tools” like the free market, never really fully deployed, is here.

The book reveals a sort of panic to make money and run, as private entrepreneurs hurtle to three dinners a day, escort government officials on foreign junkets, and ride from agency to agency in chauffeur-driven cars trying to capture approvals for deals. One feels reading this book that nothing could be worth all the headaches. Clearly, a lot of people in China disagree.

But some disagree and seek safe havens. Since Miles Kwok appeared in New York and developed mysteriously intimate relationships with U.S. political figures, Chinese property developers who have fled and published exposes of official corruption are becoming a trend. This is one of the problems China’s leadership sees in private business: individuals with means who have mobility and connections beyond Party reach. CCP officials never break the code of omerta that rules the government—they would not survive long if they did, and to make extra sure, the government does not permit retired officials to leave the country.

But developers are part of the weird private complex that has grown like a carbuncle on the state, and the people who run these businesses, like Evergrande’s Hui Ka Yan and Great Ocean’s Desmond Shum, are to a much greater extent free agents.

The Shum book indicates a kind of invisible hand of corruption in which the pursuit of blind self-interest locally generates windfall returns. But that argues against the idea that there is a master plan, going in or coming out. What we can expect is increasing repression: if you can’t keep it from happening, you have to make sure no one mentions the rude guy in the elevator.

As the name of Shum’s book suggests, in the chamber of the firearm is one real bullet, and that one may now be under the firing pin.