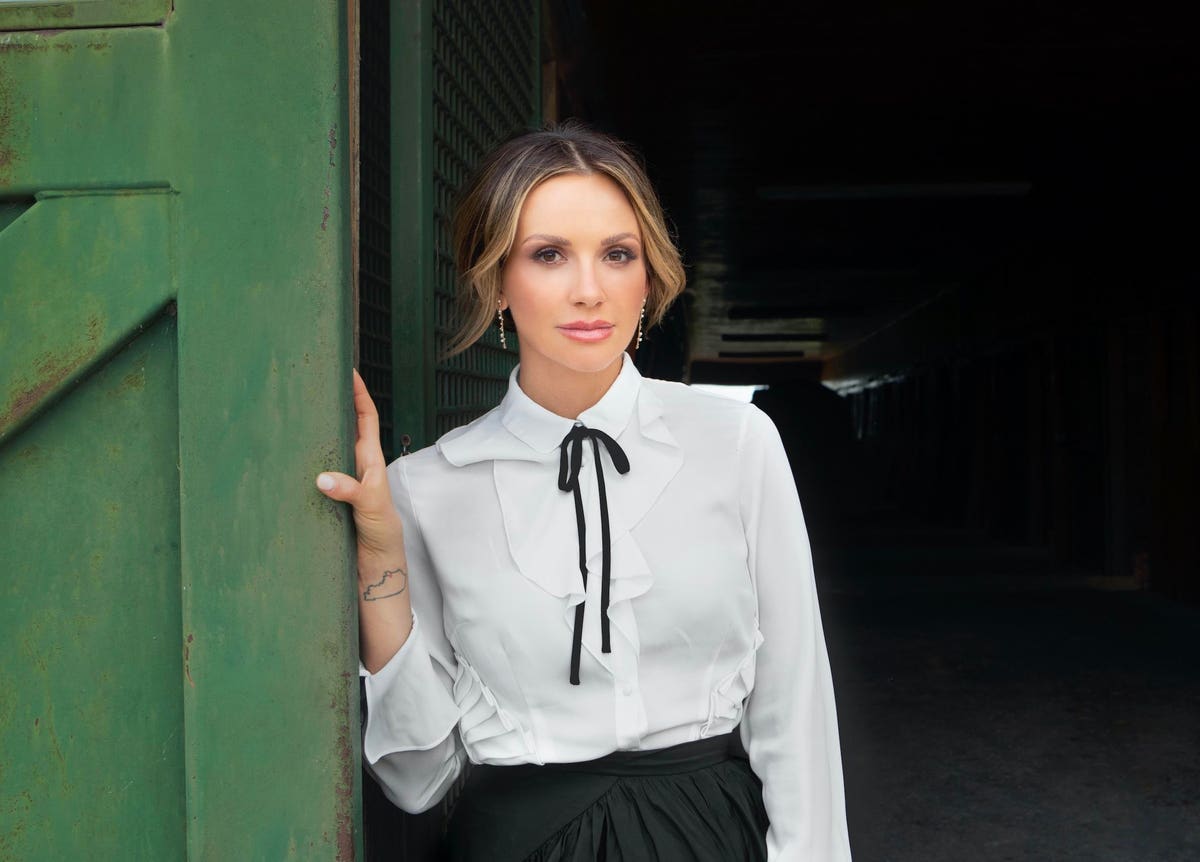 Carly Pearce bares her soul on her third studio album, 29: Written In Stone, out today. Her first full-length without producer busbee, who died of brain cancer in 2019, and since her public divorce to fellow country singer Michael Ray, 29: Written In Stone has Pearce channeling the emotions of these losses throughout the 15-track project.

“I feel like this winter will be the time that I cry it out and understand everything that has happened because it’s honestly too much for me to process,” Pearce, who also was inducted into the Grand Ole Opry in August, tells me. “I didn’t even know that you could have this kind of calendar year.”

MORE FROM FORBESCarly Pearce Navigates Country Music In 2020: ‘I Want To Be A Purist In The Format’By Annie Reuter

Pearce calls her induction into the Grand Ole Opry the “highest honor as an artist.” While the past year has brought countless accolades and career milestones, Pearce also had to navigate the Covid-19 pandemic and what music looked like without her longtime producer and collaborator busbee. She says the pandemic has allowed her to focus on what kind of music she wants to make as a country artist.

The autobiographical “29” kicked off the writing process for the project and has Pearce singing about “the year I got married and divorced.” She likens the shocking lyrics to the way Loretta Lynn’s “The Pill” and Tammy Wynette’s “D-I-V-O-R-C-E” stopped listeners in their tracks and says “29” set the tone for writing in a deep way.

“I’m human and that was obviously a super traumatic experience that I never in a million years thought would be my reality, but I built my brand on writing the truth of my life,” she says of writing about her divorce. “‘Every Little Thing’ was me telling you about a heartbreak that I experienced. ‘I Hope You’re Happy Now’ was me telling you that I needed to apologize to someone because I hurt them. There’s really nothing different about what I’m doing. I’m writing what happens to me and my life.”

While Pearce likens upbeat album opener “Diamondback” to a twisted fairy tale with memorable fiddle accompaniment, the Bluegrass-influenced “Easy Going” highlights Pearce’s fun and sassy side and features background vocals from newest Opry members The Isaacs. Pearce channels her past pain into “All the Whiskey” but promises she remains hopeful when it comes to love, as can be heard on album closer “Mean It This Time.”

“I made ‘Mean It This Time’ the last song on the album because I wanted it to feel hopeful,” she explains. “I am not jaded, I am not a scorned woman, I am not saying that I’ll never fall in love again. I desire falling in love for real and I feel like I deserve that, and I wrote this song as a prayer to my future person of I’m gonna mean it this time and I think that one has extra meaning for me now.”

Pearce further explains that the words Written In Stone in the album title come from “Mean It This Time.” “When I say forever/ I’m gonna write it in stone,” she sings on the song’s chorus.

“It just started spinning my wheels as far as, what does written in stone mean?” she says. “For me, it truly means that your words and your actions and your truth should be written in stone, and I really, truly feel like that’s what the last year has taught me.”

Album highlights include the poignant “Dear Miss Loretta” featuring Patty Loveless and “Never Wanted to Be That Girl,” Pearce’s next single and duet with Ashley McBryde. Pearce approached Loveless to sing on “Easy Going” for the project but after Loveless heard her debut “Dear Miss Loretta” at the Grand Ole Opry she asked if she could sing that song instead.

“She’s become almost a big sister to me and for her to take me under her arm cause she knows I’m a purist like she was, and I think she respects that, it’s so awesome,” Pearce says of Loveless. “She’s from Kentucky as well so it’s almost like both of us singing to Loretta in the same way of, ‘Now we both understand why you wrote the way that you do.’”

Pearce credits her mother for being the voice of reason and why she chose to take the high road throughout 29: Written In Stone as can be heard on songs like “What He Didn’t Do.”

“I want to be a role model,” Pearce says. “I think I say, ‘The devil’s in the details’ in that song. That’s for me to know and it’s important now for me to use what I went through. We always in life are like, ‘Why are we going through this? What’s happening? Why?’ And for me I now can see it through, and I see that now I was meant to use pain for purpose and put a young face to something that people don’t really want to talk about, which is divorce.

“I truly feel like I would go through everything again to see what this music has done for people. I’m having such fulfilling conversations every day with fans and that means everything.”