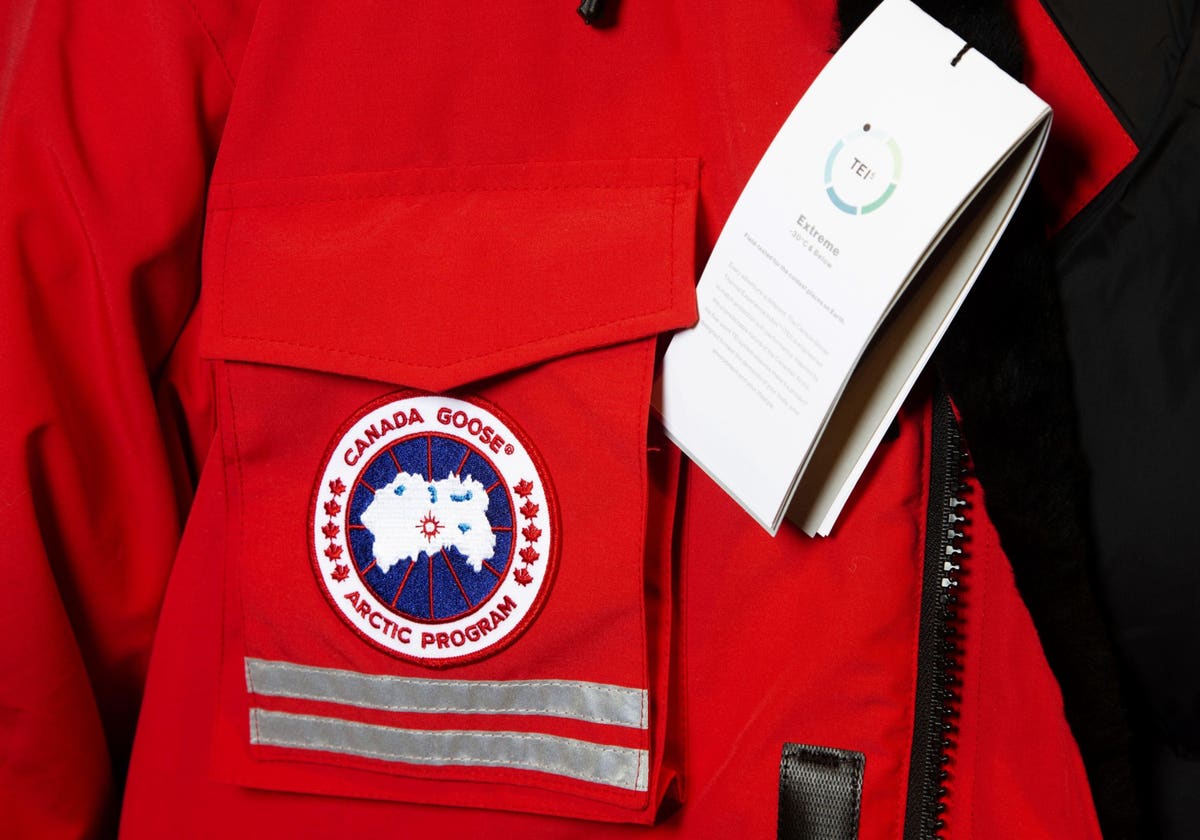 As an outerwear brand that promises to protect its wearers against the worse that winter can throw at it, Canada Goose Holdings just reported it’s weathered the worse of the Covid pandemic and come out stronger.

Boosted by third quarter 2022 revenues up 26.5% over previous year, Canada Goose is on track to exceed C$1 billion (~$800 million U.S.) for the first time ever. Note: the numbers that follow have been converted from CAN$ to USD.

Historically its fiscal third quarter, which ends at the close of the calendar year, is its strongest. And CEO Dain Reiss shared with me that this year, “We had the best third quarter of all time.”

Third-quarter sales would likely have been even higher if the Omicron variant hadn’t created regional disruptions in retail traffic. This caused the company to reduce year-end guidance a shade between $860 to $870 million, down from $890 to $930 million previously.

Wall Street wasn’t pleased, sending share prices down from $34.31 at close on February 9 to a February 10 close of $28.73. Nonetheless, Reiss proudly reports, “Our momentum continues,” adding, “This is driven by the strong foundation that we have built and by our continued execution.”

Taking a broader view of company performance through the first three quarters, Canada Goose reached $691 million this year, up 26% over last year’s $548 million and 7% over $645 million in fiscal 2020.

The company’s previous guidance had counted on continued heady growth outside of North America, but in the third quarter, it hit speed bumps in Asia-Pacific (APAC) and Europe, Middle East, Africa (EMEA) due to the new Covid outbreak and resulting restrictions.

“We view these disruptions as temporary,” Reiss said in the earnings call. “And in the case of APAC, we’ve seen sequential improvement in the past two weeks.” On the other hand, CFO Jonathan Sinclair reported that the EMEA is further behind in reaching normal retail operations.

Despite the current temporary slowdown, Canada Goose has racked up incredible growth over the past two years during the first three quarters. APAC was up 60% and EMEA rose 28%.

The company relies heavily on retail traffic in Asia and Europe. Out of its total 45 stores, including popups, there are 20 stores in APAC, ten in EMEA, nine in Canada and only six in the U.S. As such, the U.S. hits well above its weight and the company expects the U.S. to exceed pre-pandemic levels once international travel resumes.

And no matter where customers live, they can get their coveted Canada Goose items online. It serves over 50 national markets via e-commerce.

A brand for all seasons

Besides expanding the company’s sales across the globe, Canada Goose has a special challenge given its traditional focus on winter outerwear. Historically, its quarterly sales swing widely with about 80% of revenues generated in its fiscal second and third quarters.

To balance those seasonal swings, it introduced its first collection of non-outerwear knitwear in 2017 and has been expanding its all-season range since then. While the company doesn’t release revenues by product line, it reported that sales of its non-parka products grew 75% in third quarter 2022.

Highlighting its “Beyond the Parka” expansion strategy this quarter was the launch of its first footwear collection, which the company reports got a strong response from consumers.

Next quarter a spring footwear range will be released, as the company senses strong potential in the category. And through its 2018 acquisition of the Canadian footwear company Baffin, it has the resources in place to take advantage of it.

The company also saw a welcome reception of what it described as “its first full expression of the Canada Goose lifestyle” in its Pastels Collection, including sweats, outerwear, accessories and footwear. This was popular with women and the collection is slated for expansion this year.

Through collaborations, Canada Goose is presenting innovative interpretations of its classic styles. A collection done with streetwear brand Concepts and the Japanese BAPE brand sold out in a few days, Reiss reported.

Currently it is featuring a collaborative collection with Chinese designer Angel Chen and a collaboration with the NBA is waiting in the wings.

With the current news cycle captivated by the Canadian truckers’ “Freedom Convoy” and the resulting traffic blockade, Reiss is confident that the company’s supply chain can handle it.

“We continue to see how much of an advantage our ‘Made in Canada’ supply chain strategy truly is,” he says. “We make all of our products here in Canada and it’s been a strategic and sustainable decision we made decades ago. It continues to pay off for us. We haven’t experienced any material or margin headwinds related to supply chain and we’re very confident with our vision into 2023.”

In closing, Reiss reiterates, “We are building an enduring global lifestyle brand and expanding year-round roles. We delivered a strong financial performance this quarter which is a testament to our playbook and how well that it works.”