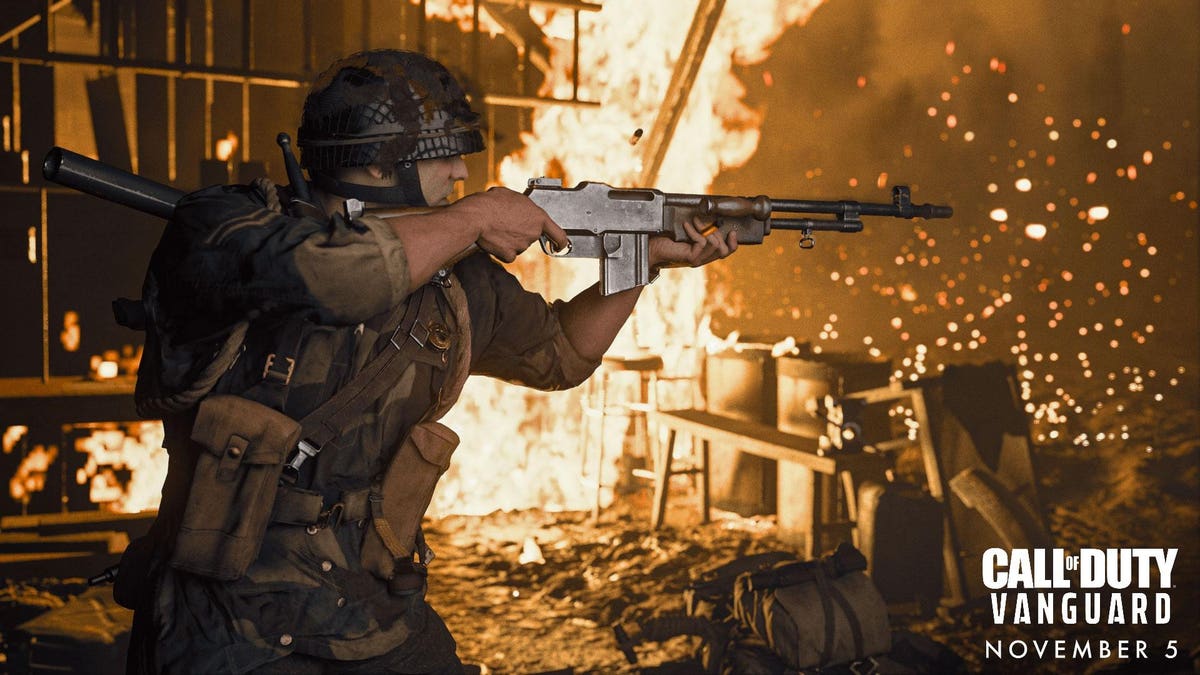 I have some good news for Call Of Duty fans who probably have very limited hard drive space thanks to the massive install sizes of Modern Warfare, Warzone and Black Ops Cold War.

Call Of Duty: Vanguard is going to be a much smaller game. Thanks to big tech strides made by Activision and its various game studios, the game is set to be 30% – 50% smaller on next-gen consoles and PC when it launches next month.

This is great news, especially given how expensive storage is on next-gen systems if you want to maintain those lovely fast load-times that an SSD gives you.

How Big Is Call Of Duty: Vanguard’s Install Size?

While Activision hasn’t released any info on the game’s PC install footprint, it has released the install size and required space for PS5, PS4, Xbox Series X|S and Xbox One.

This is significantly less storage space than we’ve become accustomed to with Call Of Duty games in the past couple years, but there is a catch.

First off, Warzone is still a thing and if you intend to play both Vanguard and Warzone with its new Pacific WWII themed map you’ll need to have both games installed. That will increase the Call of Duty footprint on your console significantly. (Obviously if you intend to keep playing Modern Warfare or Black Ops Cold War the storage space will increase dramatically).

But even if you don’t play Warzone, it seems likely that Vanguard will continue to get bigger as new seasons and content roll out, including optional content like HD texture packages though those aren’t required to play.

This remains very good news, but I suspect for COD fans, the game(s) will still take up a significant portion of our hard drive space.

When Can We Preload The Game?

Preloading for pre-order customers begins tomorrow. According to the Call Of Duty blog:

“PlayStation®4 and 5: Preloading begins on October 28 at 9 PM PT in North and South America. All other countries will begin preloading on October 29 at midnight local time.

“Xbox One and Xbox Series X|S: Preloading begins on October 28 at 9 PM PT.”

This is good news also. It means we can get the game downloaded a week before servers go live so you can hop right into the action on November 5th—or maybe even earlier if Activision and Sledgehammer are feeling generous and launch sooner.

I’m also running another Call Of Duty Points giveaway, this time to celebrate Halloween so head over to my YouTube channel for the details. Be sure to say Trick Or Treat!