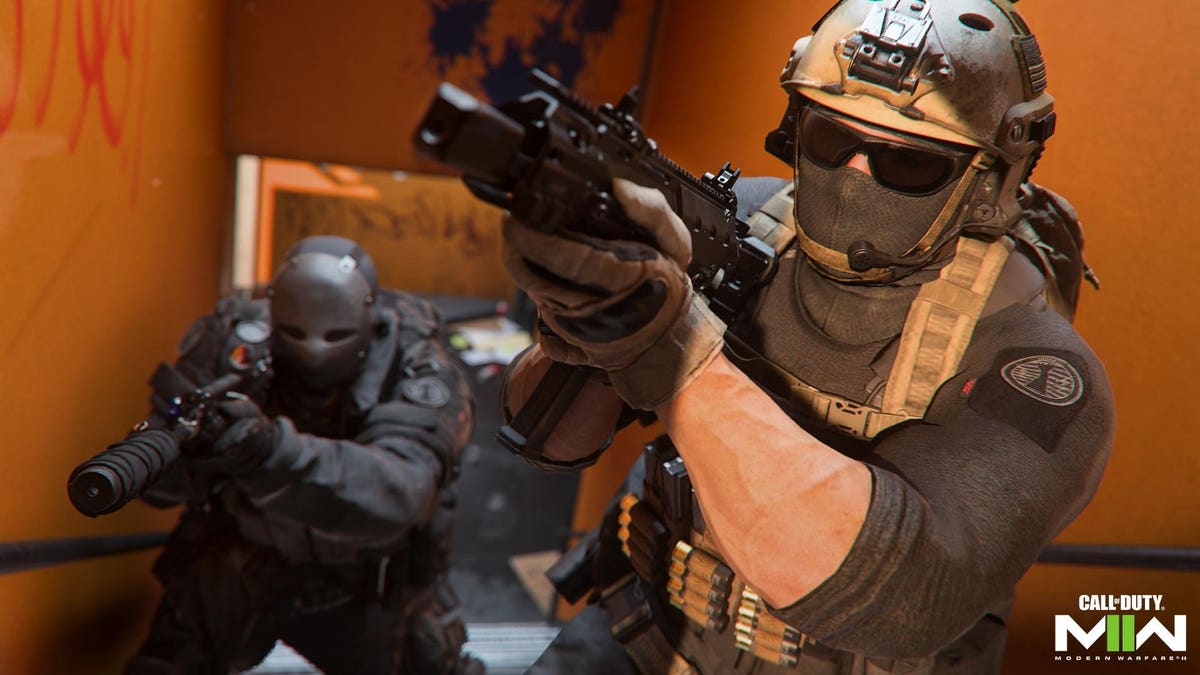 The game launches with some big changes from the beta and over a dozen new maps and a bunch of different modes.

If you played the single-player campaign (which is really good!) you’ll have unlocked some cool Multiplayer rewards that you’ll redeem when you login tonight.

Modern Warfare II is a sequel to 2019’s Modern Warfare reboot. It’s not a remake of the original Modern Warfare 2, though both this and 2019 have lots of callbacks to previous games, including new takes on old missions. I imagine we’ll see plenty of remade old maps as well in Multiplayer.

The game heads into pre-season tonight, which means there’s nothing except the Call Of Duty Endowment pack in the Item Shop. While the franchise has abandoned paid map packs, you can now purchase a Battle Pass which also won’t go live until November 16th when Season 1 kicks off alongside the release of Warzone 2.0.

Seasonal updates will include new Battle Passes, maps, weapons, game modes and much more. The DMZ mode is slated to launch in November along with Warzone 2.0, with raids coming the following month.

Still no word on when Gunfight will arrive in the game, but I’ll be deeply disappointed if Infinity Ward doesn’t include the game’s best tactical small team mode. I’m also hoping that it won’t be long before Warzone 2.0 gets Resurgence mode, either on the main map or in a new small map. Resurgence is by far the best part of Warzone.

See you on the battlefield!