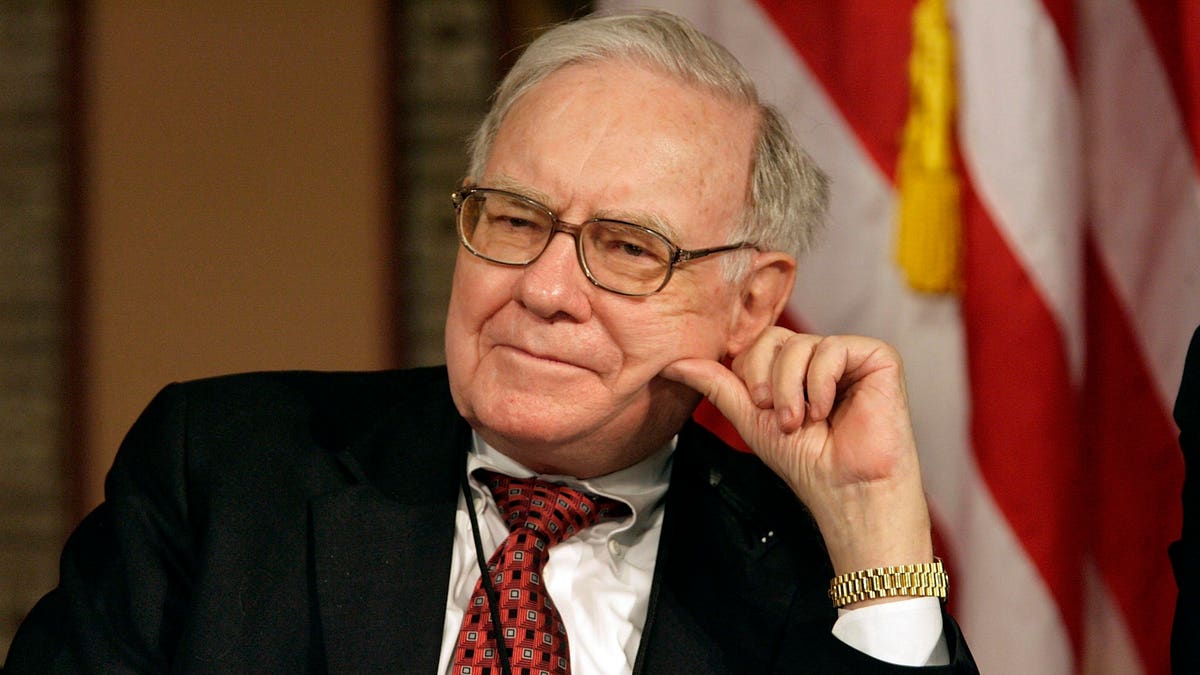 With the final day of another interesting and memorable year quickly approaching, investors are looking at their portfolios to determine how they performed in 2021.

With new variants of the Covid-19 virus, geopolitical conflicts, rising inflation and supply chain disruptions creating uncertainty around the world, it is unsurprising that many may have seen their top stocks underperform the benchmark indexes. Investing legend Warren Buffett (Trades, Portfolio) is no exception. While Berkshire Hathaway (BRK.A, Financial)(BRK.B, Financial) has managed to find value in this volatile environment with the recent purchases of Royalty Pharma PLC (RPRX, Financial) and Floor & Decor Holdings Inc . (FND, Financial), as well as increased positions in several other companies, some of its largest holdings have still underperformed the S&P 500 Index year to date.

The guru’s $293.45 billion equity portfolio consisted of 43 stocks as of Sept. 30. A majority of the portfolio was invested in technology stocks at 44.44%, while the financial services sector has a weight of 32.11% and the consumer defensive space represents 12.12%.

As of the end of the third quarter, Buffett’s five largest holdings, accounting for over half of the equity portfolio, were Apple Inc . (AAPL, Financial), Bank of America Corp. (BAC , Financial), American Express Co. (AXP, Financial), The Coca-Cola Co. (KO, Financial) and The Kraft Heinz Co. (KHC, Financial).

Representing 42.78% of the equity portfolio, Apple (AAPL, Financial) is Buffett’s largest holding. GuruFocus estimates he has gained 366.65% on the investment since establishing it in the first quarter of 2016.

ThThe well-known electronics manufacturer, whose products include the iPhone, Mac and iPad, has a $2.94 trillion market cap; its shares were trading around $179.74 on Tuesday with a price-earnings ratio of 31.89, a price-book ratio of 46.66 and a price-sales ratio of 8.27.

Apple’s financial strength was rated 5 out of 10 by GuruFocus. Although the company has issued new long-term debt in recent years, it is still at a manageable level as a result of a comfortable level of interest coverage. The robust Altman Z-Score of 8.31 indicates the company is in good standing. The return on invested capital also eclipses the weighted average cost of capital by a wide margin, meaning value is being created as the company grows.

The company’s profitability scored a 9 out of 10 rating. Apple is supported by strong margins and returns on equity, assets and capital that outperform a majority of competitors, a high Piotroski F-Score of 7 out of 9, meaning business conditions are healthy, and consistent earnings and revenue growth. It also has a predictability rank of five out of five stars. According to GuruFocus, companies with this rank return an average of 12.1% annually over a 10-year period.

Accounting for 14.61% of the equity portfolio, Bank of America (BAC, Financial) is the Oracle of Omaha’s second-largest holding. GuruFocus says he has gained approximately 74.36% on the investment since the third quarter of 2017.

With a return of 47.84%, the bank, which is headquartered in Charlotte, North Carolina, topped the S&P 500 Index by around 20% this year.

According to the GF Value Line, the stock is significantly overvalued currently.

GuruFocus rated Bank of America’s financial strength 3 out of 10. Despite issuing approximately $23.8 billion in new long-term debt over the past three years, it is still at a manageable level.

The bank’s profitability scored a 5 out of 10 rating on the back of margins and returns that outperform over half of its industry peers. Bank of America also has a moderate Pitroski F-Score of 6, which indicates operations are typical for a stable company. Despite recording a slowdown in revenue per share growth, it has a one-star predictability rank. GuruFocus data shows companies with this rank return, on average, 1.1% annually.

With 8.66% space in the equity portfolio, American Express (AXP, Financial) is the guru’s third-largest stake. GuruFocus data shows Buffett has gained an estimated 989.34% on the investment over its lifetime.

Based on the GF Value Line, the stock appears to be modestly overvalued currently.

American Express’ financial strength was rated 3 out of 10 by GuruFocus despite having debt- related ratios that were outperforming versus other financial players as well as its own history.

The company’s profitability fared better with a 6 out of 10 rating, driven by strong margins and returns that top a majority of competitors. It also has a high Piotroski F-Score of 9 and, in spite of revenue per share declining over the past year, a five-star predictability rank.

With a weight of 7.15%, Coca-Cola (KO, Financial) is the fourth-largest position in Buffett’s equity portfolio. GuruFocus data shows he has gained approximately 176.62% on the long-held investment.

Posting a year-to-date return of 7.26%, the soft drinks manufacturer headquartered in Atlanta, has underperformed the S&P 500 Index.

The well-known beverage company, whose products include Coke, Sprite, Fanta, Powerade, Fairlife and Dasani, has a market cap of $254.07 billion; its shares were trading around $58.82 on Tuesday with a price-earnings ratio of 28.84, a price-book ratio of 11.45 and a price-sales ratio of 6.76.

GuruFocus rated Coca-Cola’s financial strength 4 out of 10. In addition to adequate interest coverage, the Altman Z-Score of 4.37 indicates the company is in good standing. It is also creating value since the ROIC exceeds the WACC.

The company’s profitability fared even better, scoring a 7 out of 10 rating on the back of an expanding operating margin, strong returns that outperform a majority of industry peers and a moderate Piotroski F-Score of 6. Despite recording a decline in revenue per share over the past five years, Coca-Cola has a one-star predictability rank.

Coming in at number five, Kraft Heinz (KHC, Financial) represents 4.09% of Buffett’s equity portfolio. According to GuruFocus, he has lost an estimated 52.38% on the investment.

Returning 3.16% for the year, the Chicago-based packaged foods company underperformed the S&P 500 Index by a wide margin.

According to the GF Value Line, the stock is fairly valued currently.

Weighed down by weak interest coverage and a low cash-to-debt ratio of 0.1, Kraft Heinz’s financial strength was rated 4 out of 10 by GuruFocus. The Altman Z-Score of 1.04 warns the company could be in danger of bankruptcy if it does not improve its liquidity. It is also struggling to create value as the WACC overshadows the ROIC.

The company’s profitability fared better with a 7 out of 10 rating, driven by an expanding operating margin. Its returns, however, underperform over half of its competitors. Kraft Heinz also has a high Piotroski F-Score of 7. Despite recording a decline in revenue per share over the past five years, the company has a one-star predictability rank.