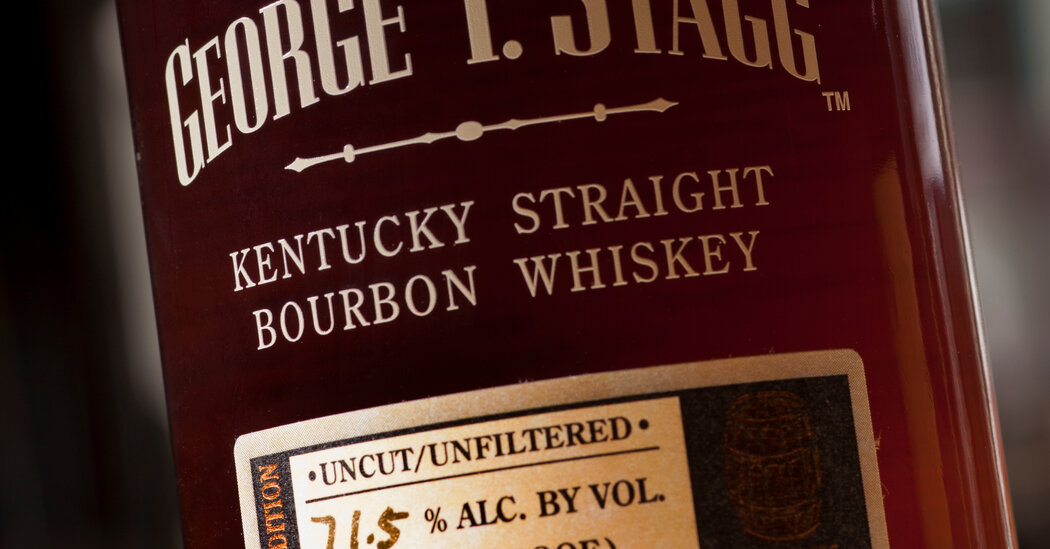 Among bourbon enthusiasts, the annual release of George T. Stagg, a barrel-proof, unfiltered bourbon produced by Buffalo Trace Distillery in Kentucky, is a big event. Fans typically pay many times the suggested retail price of $99 — if they can find a bottle.

This year, they won’t find any, no matter how hard they look. The distillery announced Wednesday that, for the first time, it would not release any George T. Stagg bourbon this year because the barrels of the 14-year-old whiskey that had been prepared in 2006 and earmarked for the annual bottling were not up to Stagg standards.

“It just didn’t look right,” Drew Mayville, the master blender at Buffalo Trace, said of the uncooperative bourbon. “It didn’t match the taste profile we expect from Stagg.”

Mr. Mayville described that distinct flavor as having notes of dark chocolate, leather and dark cherries, though he added that releases vary slightly from year to year. The 2006 whiskey, he said, was too light and undeveloped in character to represent the Stagg brand, which the two-century-old distillery describes as “extremely hearty.” The company has yet to identify a root cause of the problem.

Every new Stagg release is compared with previously released barrels to ensure consistency, and sampled by a team of seasoned taste testers. According to Buffalo Trace — which also helps produce the highly coveted whiskey Pappy Van Winkle — if one taster gives a thumbs down, the barrel is sent back to be aged longer.

The barrels in question will be set aside and their future progress monitored, Mr. Mayville said. He said he considered using 2007 barrels for this year’s release, but decided against it, because it would disrupt a long-running tradition.

A Buffalo Trace spokeswoman said that holding back on the Stagg release would cost the company millions of dollars in lost sales.

The Stagg shortage is certain to make waves among bourbon fans, who have been known to wait in line at liquor stores for a bottle. “It’s hard to get anyway, but now you can’t get any,” Mr. Mayville said.

George T. Stagg, named for a 19th-century whiskey pioneer, was introduced by Buffalo Trace in 2002. The decision to release the burly bourbon anticipated a market for heavy-duty overproof bourbons that was only to grow in the coming years. The original release sold for $40, a high price for bourbon at the time.