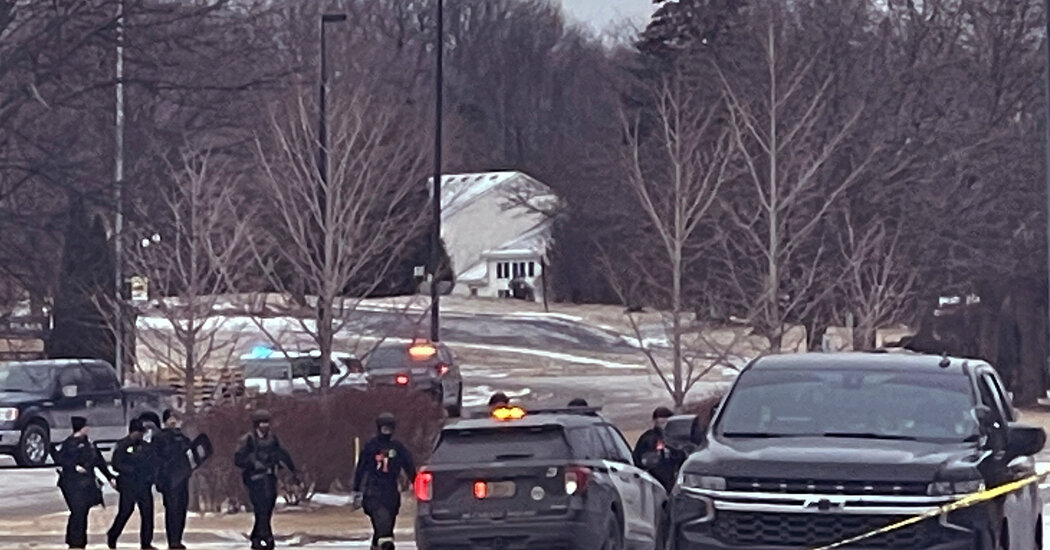 BROWN DEER, Wis. — A gunman shot three people, killing two, before taking his own life on Saturday at an apartment building in Brown Deer, Wis., a village near Milwaukee, the police said.

A witness, who was also wounded in the attack, said one of the two people killed was a man who came to the aid of a woman who was targeted by the gunman.

Peter A. Nimmer, the police chief of Brown Deer, said that what started as a domestic dispute that unfolded in the building’s parking lot, hallway and second floor, culminated in gunfire.

The witness, Eric Lewis, 36, said he was awakened by gunshots and looked out a window of the building, the Park Plaza Apartments, and saw a man holding a gun.

That man was involved in a dispute with a woman whom Mr. Lewis said he believed to be the gunman’s girlfriend.

The woman ran away, pleading for help, Mr. Lewis said. A man and a woman emerged from a car to come to her aid, he said, and the gunman shot the man who tried to help. The gunman then chased down and also shot the woman believed to be his girlfriend, he said.

Chief Nimmer said at a news conference that the police were unsure of the relationship of all of the victims, “but we know at least two knew each other.”

The identities of the victims were not made public. Chief Nimmer said those who died were a 23-year-old woman and a 31-year-old man. A child was in the gunman’s apartment but was unharmed and placed with relatives, he said.

Mr. Lewis said he ran to the parking lot to help those who were wounded and at that point the gunman reappeared from a second-floor balcony, firing multiple rounds from a handgun.

Mr. Lewis, who was shot in the right ankle, was treated at a hospital and released. A round also hit an officer’s car, Chief Nimmer said. No officers were injured, he said, and no law enforcement personnel fired their weapons.

After the gunman fired on the police, officers heard a gunshot that they said they believed was the gunman taking his own life. Officers took the gunman to the hospital, but he did not survive.

The police did not publicly identify the gunman.

The shooting, which was reported at 10:09 a.m., drew a large police response, including members of the F.B.I., the Milwaukee County Sheriff’s Office and two armored vehicles.