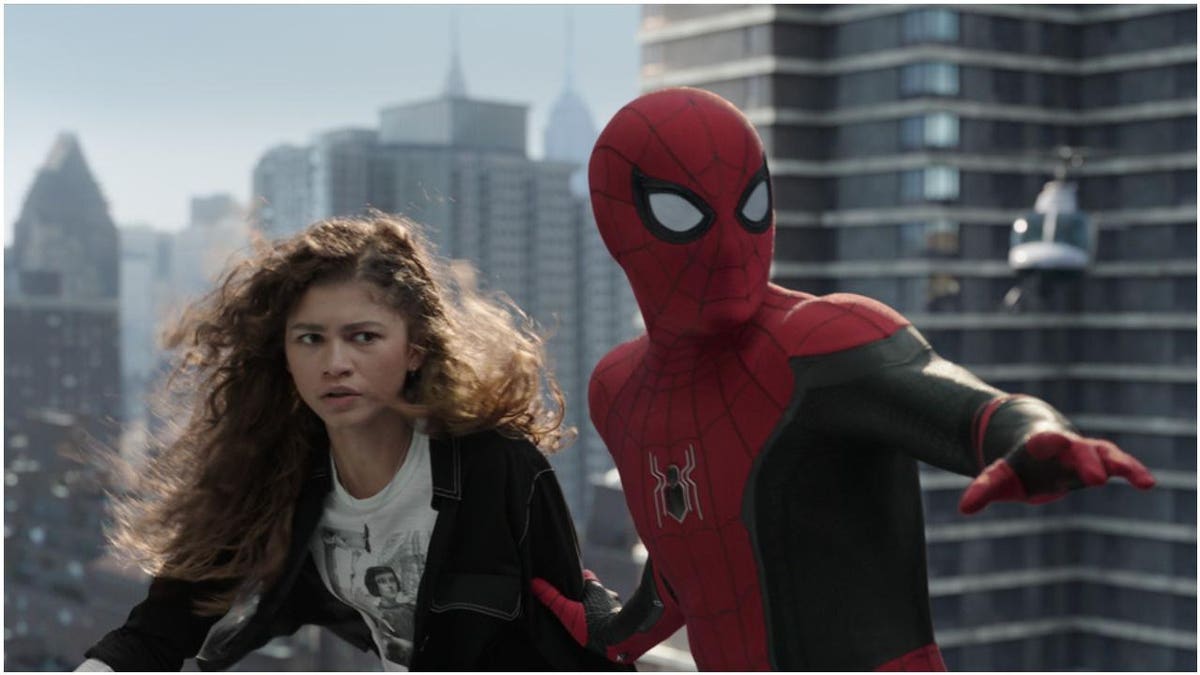 In non-Scream ($13.35 million on Friday for a likely $35-$45 million MLK weekend) box office news, Belle opened in 1,350 theaters yesterday, including some IMAX auditoriums, courtesy of GKIDS. Mamoru Hosoda’s acclaimed, buzzy animated feature, a kind of Internet-specific take on Beauty and the Beast, earned $542,000 yesterday for what will likely be an over/under $1.95 million Fri-Mon gross. That’s not mind blowing, but those who wanted to see this in a theater are at least getting a week or so to do so. I’m probably seeing it tonight with the kids, so I’ll report back tomorrow. And since that was the only other newbie of note (India’s Bangarraju will earn around $246,000 this weekend as I patiently wait for RRR to pop back up on the release slate), let’s move on to Spider-Man: No Way Home.

Spider-Man: No Way Home lost the top spot last night, which is normal for the recent super-duper December openers (we can’t all be Avatar). Speaking of Avatar, the competition poised by Scream’s opening is on par with Denzel Washington’s The Book of Eli, which earned $38 million over the Fri-Mon frame in 2009 while Avatar remained tops in weekend five with $54 million. Nonetheless, No Way Home (which opened 3.3x times bigger over its $260 million Fri-Sun debut) held firm against real competition, earning another $5.15 million (-37%) for a new cume of $683 million. That puts it, sans inflation, just above Avengers: Infinity War ($679 million) to make it the fifth-biggest domestic grosser of all time behind Black Panther ($700 million), Avatar ($760 million), Avengers: Endgame ($858 million) and Star Wars: The Force Awakens ($937 million).

Steven Spielberg and Tony Kushner’s West Side Story will earn $890,000 (-35%) and $1.13 million over the Fri-Sun/Fri-Mon weekend, giving the $100 million musical a $34 million domestic cume. It’s still bigger than any awards season flick outside of Dune ($107 million) and House of Gucci ($51 million), but this it’s another “rank is irrelevant” scenario. Lana Wachowski’s The Matrix Resurrections will earn $1.08 million over the Fri-Mon holiday for a $36.1 million domestic cume. It will be lucky to crack $8 million this weekend in China after a $2.7 million Friday and $3 million Saturday. Sony reissued Venom: Let There Be Carnage into 1,435 theaters (+1,373) over the holiday in a bid to get past Venom’s $213.5 million domestic cume. Mission likely accomplished, with a $477,000 16th weekend gross and new $213.177 million cume as of Monday.