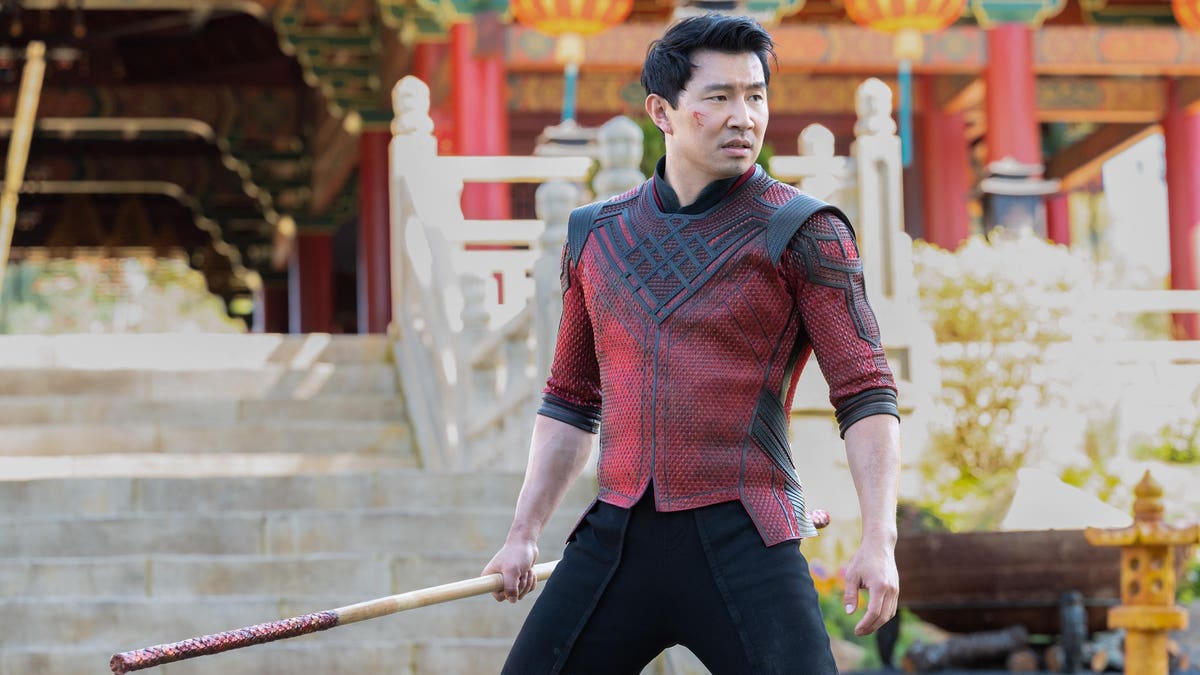 Shang-Chi and the Legend of the Ten Rings ended its first week in domestic theaters with $110 million. It earned $4.05 million on Thursday (down just 16% from Wednesday) to bring its domestic cume just past the $107 million total of Jungle Cruise. Presuming an over/under $34 million second-weekend gross (-55%) and $144 million ten-day total, the Deston Daniel Cretton-directed actioner fantasy will end its second weekend in fifth place among all 2020/2021 releases.

It’ll be behind only Sonic the Hedgehog ($146 million), A Quiet Place part II ($160 million), F9 ($173 million), Black Widow ($183 million) and Bad Boys for Life ($204 million). The next week or two will determine whether it becomes the first film since the Will Smith/Martin Lawrence sequel to top $200 million domestic. If it plays “normal” over the next month, it could end up with around $215 million domestic. Strong weekday grosses, a lack of competition and generally solid buzz are all factors in its favor.

If the film’s domestic/overseas split hasn’t changed, then the film’s global total is now $210 million. So if it’s not over $200 million already, it will be by the end of this sentence. While nobody is expecting James Wan’s (surprisingly great) Malignant to top the box office this weekend, it’s likely to gross at least enough to take second place. Presuming that happens, it’ll be the first time I can find (please let me know if I missed one) where the top two movies at the domestic box office are both helmed by Asian directors.

Relative to budget and expectation, the R-rated original horror flick is good enough to absolutely deserve its own #GoldOpen. Because, as always, championing diversity in cinema is more than just the latest superhero movie or the designated #representationmatters event movie. Not that Wan needs the boost, as this “I can do whatever I want!” freak out is one of the better “one for me” entries in our modern tentpole era. But if you want blockbuster filmmakers to still make offbeat, one-for-me studio programmers in between the franchise fare, well, “vote with your wallet.”

The film will actually play via streaming in China this weekend, which is a rarity for an R-rated horror flick and the first time I can remember such a thing since Resident Evil: The Final Chapter (which earned $159 million in early 2017). Speaking of China, Free Guy earned another $2.5 million (-32% from last Friday) for a new $66.6 million total. Not only is that an excellent hold, but it’s about to top the $66.6 million Chinese totals for Chris Nolan’s Tenet. That Free Guy is just the third Hollywood flick to do so since 2020 after Godzilla Vs. Kong ($188 million) and F9 ($216 million) merely highlights how impressive Tenet’s non-domestic grosses were a year ago.

Nonetheless, that an original, star-driven, high-concept flick like Ryan Reynolds and Jodie Comer’s Free Guy is pulling this off is incredibly encouraging on a number of levels. It also yet again debunks conventional wisdom about what Chinese moviegoers want out of Hollywood. Presuming no huge differences in the domestic/overseas split, Free Guy is now just over $250 million on an over/under $115 million budget. In a skewed way, the likely over/under $300 million global finish for Free Guy is even more impressive than wherever F9 ($710 million and counting) and Shang-Chi (around $210 million thus far) end up, since only one of those isn’t part of an established big-deal franchise.