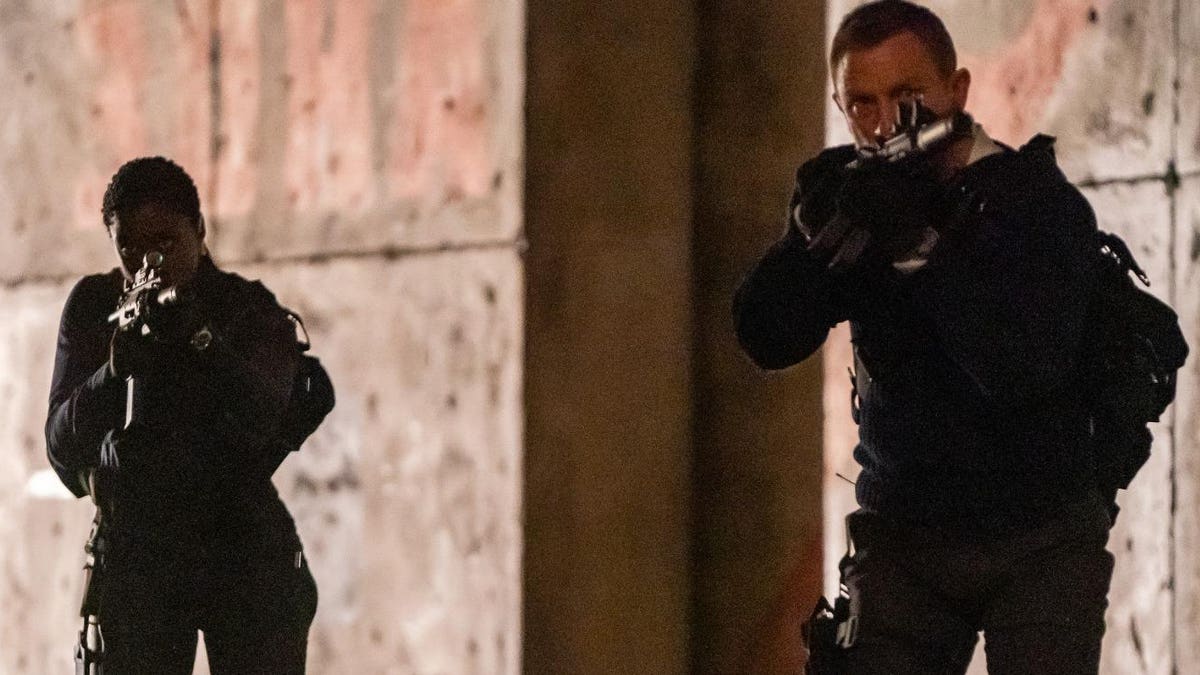 Universal is reporting that No Time to Die (which they are distributing overseas) is off to a solid start. The 25th official James Bond movie (review), courtesy of EON Productions and MGM, began yesterday in South Korea on September 29 and the United Kingdom, Brazil, Germany, Italy and the Netherlands on September 30. The fifth and final Daniel Craig-as-James Bond flick earned between $6.2 million and $6.8 million in its first day in Ireland and the United Kingdom. That’s 13% above Spectre (which opened on a Monday) and just 26% below the “opened on a Friday” Skyfall. It’ll have the widest release ever for the UK with 772 theaters (25 more than The Rise of Skywalker).

It earned $665,000 in Korea on 2,167 screens for the biggest “Culture Day” opening for an MPA flick this year. It earned another $590,000 on Thursday for a $1.35 million running cume. Cary Fukunaga’s 163-minute action epic, also starring Léa Seydoux Ralph Fiennes, Naomie Harris, Rory Ben Whishaw, Jeffrey Wright and Christoph Weitz from previous installments, earned $300,000 via previews in Mexico, which was A) 64% of the market share and almost 7x the second-placed movie. The guestimates heading into the weekend are anywhere from $90 million to $115 million overseas, with France, Russia and North America opening next week while China waits until October 29 and Australia waiting until November 11.

MGM and friends launched a pretty impressive global premiere on Tuesday, with simultaneous nationwide/international press screenings alongside the London premiere. Sure, I wasn’t huge on the movie, but it sure felt like everyone was mentally singing “Like We Never Said Goodbye” in their heads. The reviews are thus far mostly positive (84% fresh and 7.6/10 on Rotten Tomatoes), and the film certainly has its share of buzzy moments (not just the big plot turns or character reveals), so I wouldn’t expect anything beyond decent word-of-mouth. After all, I loathed Spectre, but it delivered the 007 tropes so it earned $200 million domestic and $881 million worldwide.

Likewise, F9 earned $173 million domestic and $714 million worldwide (huge for a pandemic-summer) despite frankly not being… as good as Fast Five. Yes, overseas markets are compromised, which is why (for example) Shang-Chi is a huge domestic hit ($200 million today or tomorrow) but has thus far earned just $168 million overseas. Universal is handling overseas distribution, and I’d argue (give or take MGM being bought by Amazon) even underwhelming overseas earnings (on a Covid curve, obviously) is (or at least was) part of a long-game to nab the global distribution rights for the next 007 movies.

One nugget that may point to a healthier total is that No Time to Die, which also brings Ana de Armas, Lashana Lynch and Rami Malek to the party, is the first super-duper tentpole that isn’t a comic book movie, a toon or a horror movie since F9 in (depending on where you live) late May or late June. And unless Dune really does pull off a miracle, it’ll be the last of that nature until Matrix Resurrections in late December. So while James Bond may have, uh, no time to die, fans and general audiences who want a more adult-skewing tentpole will have plenty of time to watch Daniel Craig’s 007 make every effort to die another day.