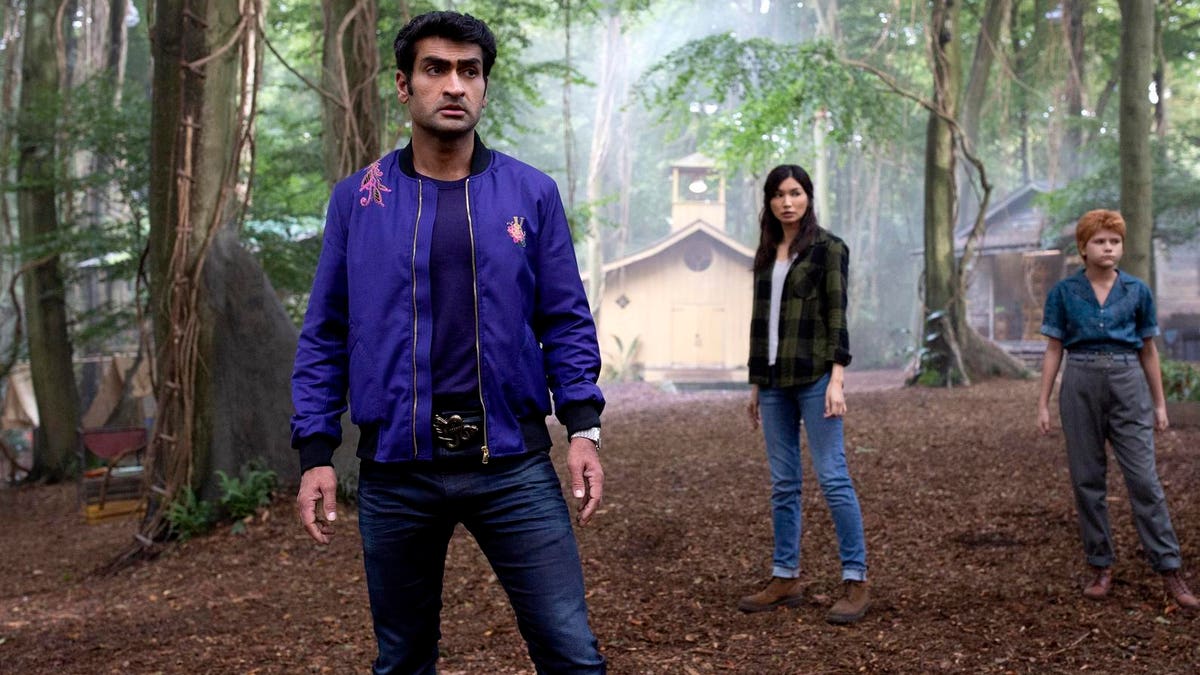 Fresh off the press, Marvel’s Eternals has begun its global rollout, which includes North America as of tonight, with 14 international marketplaces, including South Korea, France, Germany and Italy. The Chloe Zhao-directed MCU fantasy, starring the likes of Gemma Chen, Richard Madden, Kumail Nanjiani, Angelina Jolie and Salma Hayek, earned $7.6 million on Wednesday, with an additional $900,000 in previews for markets opening today. That is, in terms of market-to-market comparisons, 85% ahead of Shang-Chi and the Legend of the Ten Rings and 20% ahead of Black Widow.

Of note, it earned $2.6 million in South Korea and $1.6 million in France, opening 6% ahead of Doctor Strange in November 2016 in Korea while opening 12% below Black Widow in France (where 100% of theaters are opened with Covid passport requirements for those under 12). It earned 7x more in Italy ($700,000) than the second-ranked movie, with 90% of theaters open with capacity restrictions and Covid passport requirements for those over 18. It scored the second-biggest opening day for any pandemic-era flick in Hong Kong, earning $500,000 or just 1% less than the opening day of No Time to Die. It also earned the second-biggest opening day ($300,000) in Sweden for 2021.

If you include the pre-release previews from Mexico ($500,000) and Brazil ($400,000), that brings the film’s overseas total to $8.5 million thus far. Eternals will be open in most of the world (save for China, Russia, the Middle East, the Philippines, Indonesia and Vietnam) by the end of this weekend. China is likely a no-go (allegedly/presumably thanks to Zhao’s previous criticisms of China) and the film has been banned in Qatar, Kuwait and Saudi Arabia allegedly after Disney refused to make requested content-specific edits. That may have been related to the film’s same-sex relationship between Phastos (Brian Tyree Henry) and his husband Ben (Haaz Sleiman), but that’s speculation for now.

For what it’s worth, the sheer size of No Time to Die’s overseas grosses ($473 million as of Sunday) shows that many of the markets have recovered almost on par with North America. What that means is that we could see something approximating a business-as-usual release for the latest MCU origin story. We should remember that, save for the lightning-in-a-bottle runs of Black Panther ($1.346 billion) and Captain Marvel ($1.128 billion), most MCU origin stories usually end up somewhere between Ant-Man ($519 million) and Guardians of the Galaxy ($773 million), with the caveat that Shang-Chi ($415 million) surely would have earned more overseas in conventional/non-Covid times.

Point being, even if the global marketplace is somewhat recovered for surefire tentpoles, that still means a less-conventional (and comparatively poorly reviewed) MCU origin flick like Eternals should still look at Doctor Strange ($677 million but without the $109 million it earned in China) as a bar for unmitigated success. As for domestic openings, it’s still looking like a business-as-usual $75-$85 million opening weekend for the latest MCU flick, right in line with Ant-Man and the Wasp and Thor: The Dark World. Post-release legs and word-of-mouth will determine if the film’s mixed-negative reviews will coincide with equally indifferent/disapproving word-of-mouth.