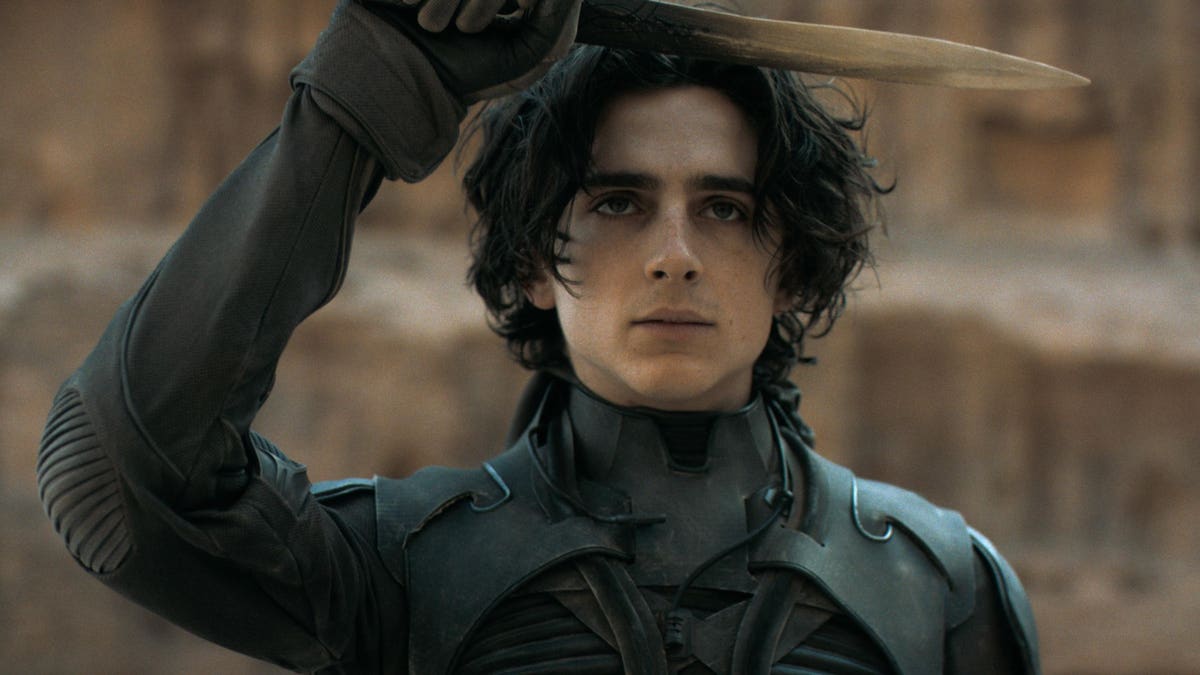 It has been weird to see Dune being hailed as the savior of theatrical cinema despite earning domestic grosses on par with A Wrinkle in Time and global earnings on par with The Golden Compass while No Time to Die is tagged as a whiff despite likely ending up with $760-$780 million worldwide on a $250 million budget. Even noting Covid delays and marketing hiccups, that’s before post-theatrical revenue, product placement cash-ins and the implicit promise that James Bond 26 will cost closer to $175 million than $250 million and won’t get delayed for two years only to still open amid a pandemic. Dune is probably going to finish with around $110 million domestic (give or take its participation in the awards season and Oscar race) and $380 million worldwide, which once would been a “disappointment in relation to cost” for a $165 million movie.

Those who wanted the second half of Frank Hubert’s Dune to get the Denis Villeneuve-directed treatment will get their wish, with Dune part Two currently set for October 20, 2023. Whether its a breakout sequel (think Captain America earning $371 million while The Winter Soldier races to $714 million) or closer to Star Trek Into Darkness ($467 million following a $385 million Star Trek), Warner Bros. and Legendary have a full adaptation of the first Dune novel. This isn’t WB promising J.K. Rowling five Fantastic Beasts movies. History suggests that “part 2 of 2” will gross more than “part 1 of 2,” but even if Dune part Two drops like It Chapter Two (from $700 million to $473 million) and ironically ties Blade Runner 2049 with around $256 million, well, they can stop there with a complete Dune for streaming and physical media monetization.

And for those who argue, perhaps correctly, that Dune part One would have performed even better without the HBO Max option and without various Covid variables, everyone will get a chance to prove it on October 20, 2023 when Dune part Two opens exclusively in theaters. It won’t be concurrently on HBO Max, we presumably will be back to pre-Covid theatrical environments and we’ll get an anticipated follow-up/conclusion to a well-liked Dune that promises even more action and spectacle than the first table-setting chapter. Oh, and while I’m presuming those who perished in Dune stay dead in Dune part Two (no spoilers for the sequels), it’ll have a true co-starring role for Zendaya as Timothée Chalamet goes full Avatar. For those arguing that Dune is a glorious commercial triumph, well, you can put your money where your mouth is in two years.

Honestly, a $380 million finish is more than I’d have predicted for Dune even in non-Covid times, although I was optimistic when WB moved it to December 2020 and positioned it as that year’s Star Wars/Lord of the Rings spectacular. Maybe Dune actually over-performed compared to pre-Covid expectations, akin to Godzilla Vs. Kong and arguably Free Guy, as a result of being positioned as a pandemic-era savior of cinema. Decent reviews, likely Oscar wins (in the tech categories) and two years for folks to discover the film or revisit it on streaming, physical media or VOD point are encouraging signs for the sequel. Throw in a precedent whereby the series finale “part 2 of 2” flicks (Twilight, Avengers, Harry Potter, etc.) out-gross their predecessors, and maybe Dune part Two’s box office performance won’t have to be graded on an aspirational curve.