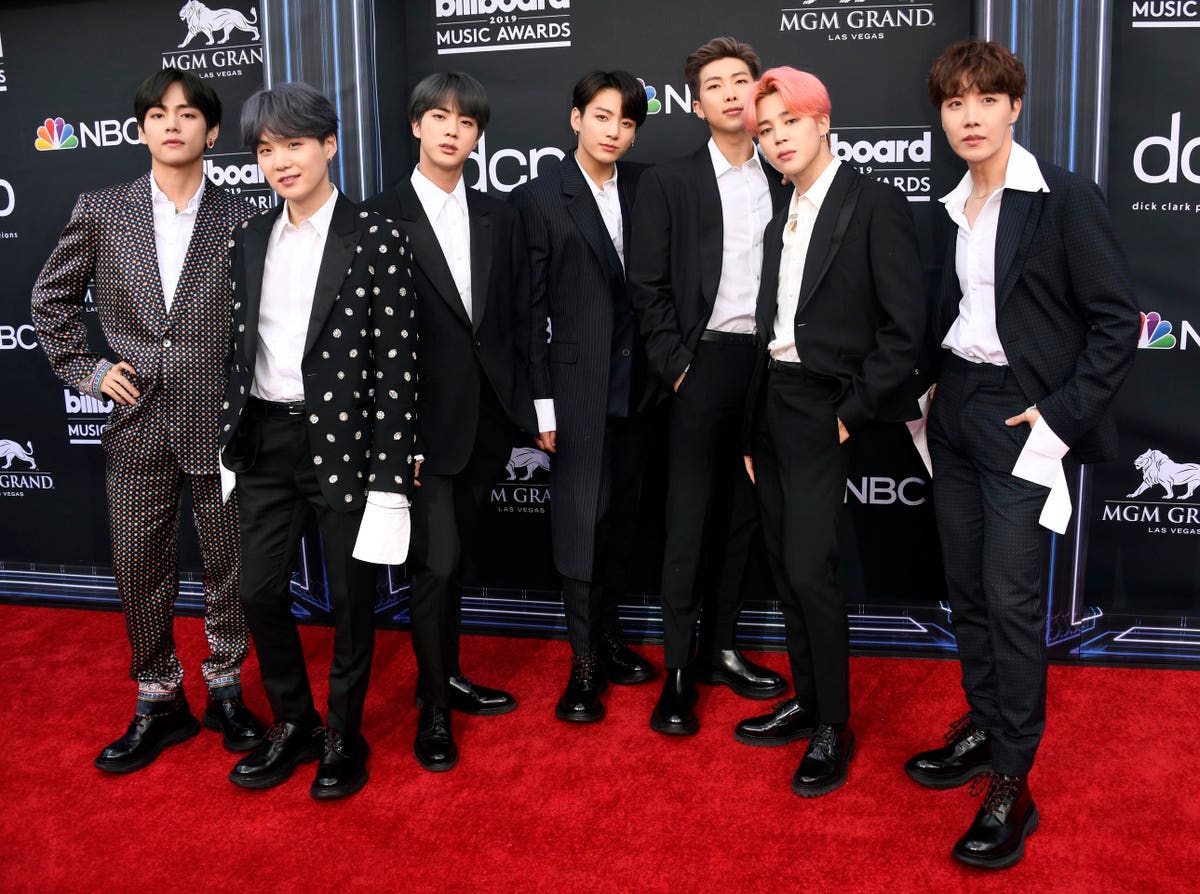 The main singles chart in the U.K. this week features two of the biggest and most beloved names in the K-pop genre, and they’re connected to one another. Both artists, Jung Kook and BTS, don’t just claim one of the 100 most popular tracks in the island nation, but they make history with their respective smashes.

After years of scoring hits as one of the seven members of BTS, Jung Kook has finally broken out on his own and made a name for himself in the U.K. The singer’s new solo single “Stay Alive” debuts on this week’s songs chart in the nation at No. 89. That actually makes it the lowest-ranking start of the frame, but it’s not so much the placement that’s important this time around.

MORE FROM FORBESBTS’s Jung Kook Is Headed For A Big Hit On The Charts, But His Bandmate Suga Isn’t (At Least Not Officially)By Hugh McIntyre

By landing on the U.K. singles chart at all, Jung Kook has now become just the fourth solo male K-pop musician to score a hit. The superstar joins his BTS bandmates J-Hope and Suga in this feat, and Psy has also managed to do so. The latter act has thus far placed a pair of tunes not just on the tally, but inside the top 10, with “Gangnam Style” and “Gentleman” peaking at Nos. 1 and 10, respectively.

J-Hope’s “Chicken Noodle Soup,” a multi-lingual collaboration with Latin pop artist Becky G, once peaked at No. 82 several years ago. Most recently, another BTS performer, Suga, sent his own “Daechwita” to No. 68. That cut was released under his alter ego Agust D.

MORE FROM FORBESJung Kook Joins Suga, J-Hope And Psy With His Historic First Chart Hit In The U.K.By Hugh McIntyre

Just a few spots below “Stay Alive” comes BTS, the group that helped Jung Kook become a star as well. The band’s collaboration with Coldplay, the ultra-catchy “My Universe,” dips from No. 89 to No. 97, but by holding on for one more turn, it too has made history.

“My Universe” has now spent 19 weeks on the U.K. singles ranking, enough to tie it with Psy’s “Gentleman” as the fourth-longest-charting song in the country’s history by a South Korean musical act. The only tunes that fit that description that have held on for longer are Pinkfong’s “Baby Shark” (73 weeks), Psy’s “Gangnam Style” (55 weeks) and BTS’s own “Dynamite” (27 weeks).