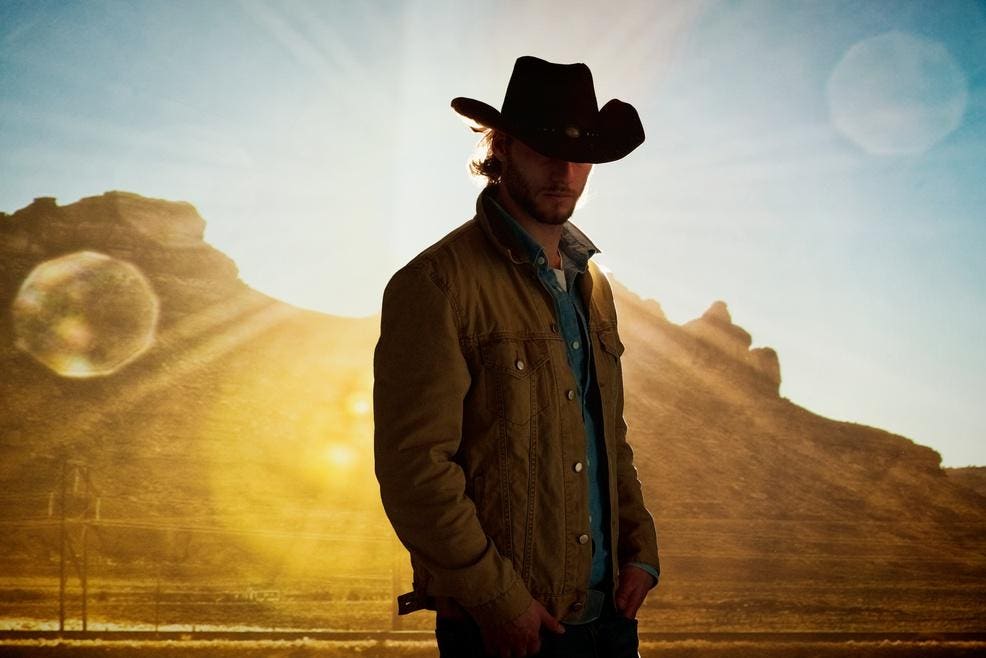 As a retailer known for rodeo wear, Boot Barn Holdings has been wrangling in its own Wall Street rodeo, trying to ride the current bull market. That chute opened at the end of March 2020, when Boot Barn was trading around $12 to $13 per share. Now it’s trading over $110.

Bragging that his company has achieved CAGR of 22% since 2013, CEO Jim Conroy said at this week’s ICR conference, “Most investors live in Boston or New York, Los Angeles or San Francisco. We encourage them to look outside the window when they fly coast-to-coast because for five hours, they’re looking down at customers that are wearing Boot Barn product.”

“It’s an enormous market that’s been hidden in plain sight for decades,” he continued, as he proclaimed Boot Barn is the category leader in a $20 billion niche market.

Boot Barn’s target market includes not just cowboys on the ranch and working men and women driving around in pickup trucks through fly-over country And it’s not just good-ole boy or gal country music or NASCAR fans either, but anyone who wants to channel their own “Yellowstone” look in the city.

Paramount’s “Yellowstone” series, set in Montana and starring Kevin Costner, has been a breakaway hit, attracting the most cable viewers to its fourth season finale early this month since “The Walking Dead” premiered in 2017. What “Sex and the City” did for high-end fashion, “Yellowstone” is set to do for Boot Barn-style western wear.

For at least the last ten years, long before “Yellowstone” debuted, Boot Barn has successfully followed the same basic strategy, Conroy explained, as he went on to describe the company’s “virtuous cycle of growth.”

It started with expanding the customer base from its legacy Western and work-related customer to a fashion-oriented consumer drawn to its cowboy-chic.

“While this [legacy] market was big enough in its own right, we decided we wanted to go and look for a larger addressable market,” Conroy said.

That required modernizing the brand to attract new customers without alienating its loyal following. Previously, it was heavily promotional and spotlighted specific brands. It’s pulled back on the reins of sales promotions to drive more full-priced sales and elevated its presentation. “We completely changed the look and feel of our aesthetic,” he said.

Reflecting that elevated presentation, Boot Barn was one of the first to sign on famed bull-rider Bonner Bolton to model its updated look. Bolton has since gone on to become the face for Tom Ford’s new western-inspired cologne “Ombre Leather.”

For women, it’s broadened selection from traditional Western to more fashion-forward, aspirational looks under the Wonderwest brand. Its home page even includes a link to “Fashion Show.”

Today, about one-fourth of its customer mix is women, so it’s got plenty of room to grow with her.

Then to support its widening customer mix, Boot Barn is now tailoring customer communication to their specific needs. “So if they’re a hard-core, blue-collar worker, they’ll hear most about the work side of the product. If they’re more of a fashion customer, they’ll get much more about the fashion side of the business,” Conroy explained.

Its stores are getting a makeover too to bring them “into the 21st century,” with a more contemporary look and improved customer experience.

What the future holds

Looking forward, Conroy sees a long runway to continue to expand the business from its current 289 store base in 37 states – New York is not one of them – to upwards of 500 stores or more.

“We called out that 500 stores would be the addressable market, but everything we are seeing says that we can grow to more than 500 stores,” he said, as he also noted there is no visible cannibalization when opening stores in existing markets.

Explaining that its working model to open a new 10,000 sq. ft. store is that it reach $1.7 million in revenues with a three-year payback period, Conroy said its recent experience has blown that model out of the water.

“If we look at the business over the last 18 or 20 months, the new stores we’ve opened aren’t averaging $1.7 million. They’re averaging $4 million,” he said, adding, “They’re not paying back in three years. They’re paying back in a year or less.”

Growing its omnichannel business is also a priority, though it remains focused on using its digital presence as a “long tail” to drive traffic to its stores.

“Our business is about 85% store based and 15% online and that percentage has remained intact for several years in a row,” he explained. In the most recent quarter, online sales represented 16% of its total, but it grew 69.3% over two-years ago.

Boot Barn will continue to expand its product assortment, now 49% boots, 35% apparel and 16% hats and other items. A growing range of exclusive brands will also help bring in customers.

Already, three exclusive brands – Cody James and women-centric Shyanne and Idyllwind, headlined by Miranda Lambert – are among its top five performing brands, along with Ariat and Wrangler. Today exclusive brands represent just under 30% of sales and investment firm Cowen sees a path to reach 40% to 45% over the long term.

In closing his ICR presentation, Conroy said, “When I first started, we were at six stores in eight states, all west of the Rocky Mountains.”

“We have multiple levers to grow,” he asserted, pointing to omnichannel potential to drive traffic to stores as well as reach customers beyond its store reach. The authenticity and authority of Boot Barn is unquestioned and helps attract new customers and build loyalty among existing customers.