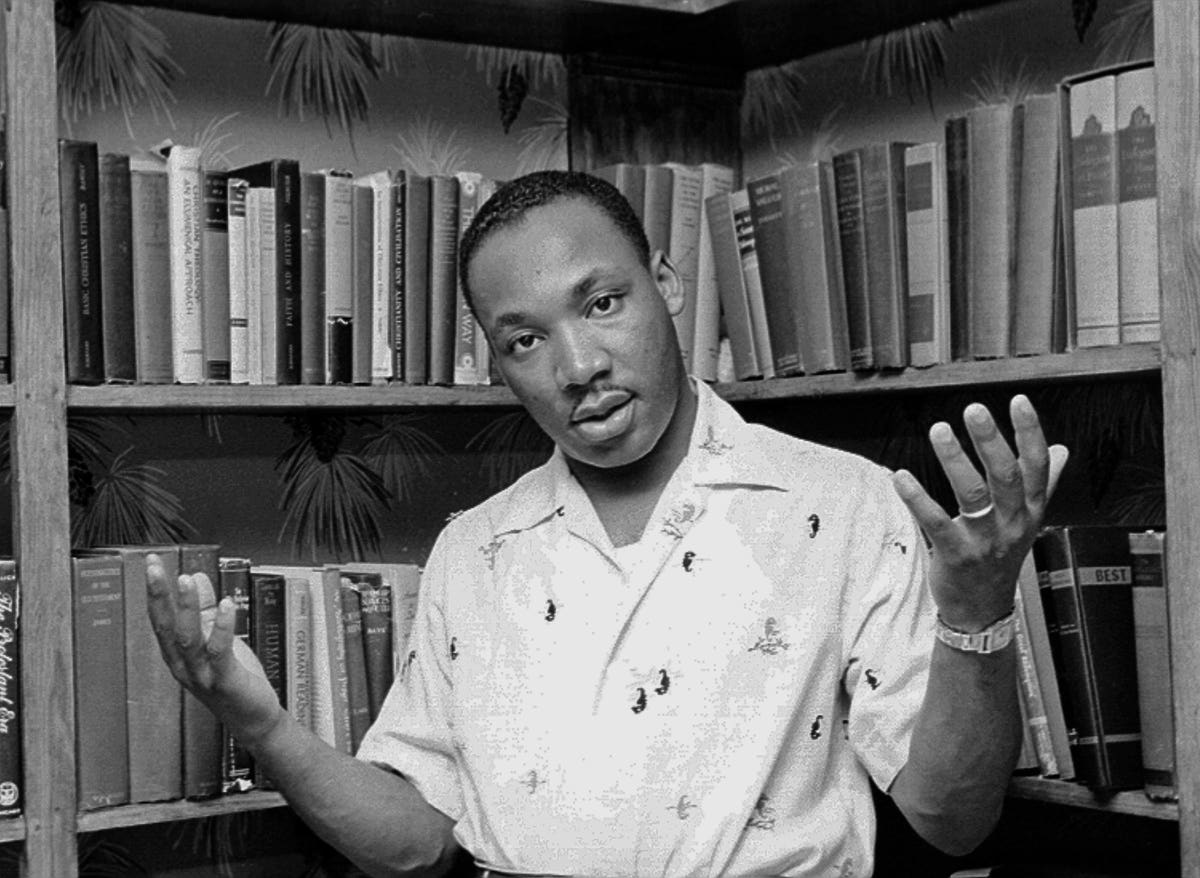 “There are two Americas. “In this America, millions of people have the milk of prosperity and the honey of equality flowing before them…This other America has a daily ugliness about it that transforms the buoyancy of hope into the fatigue of despair. In this other America, men walk the streets in search of jobs that do not exist”

Dr. Martin Luther King Junior delivered his most powerful yet unfamiliar speech “The Other America” at Stanford University on April 14, 1967. This speech is a direct reflection of Dr. King’s crusade to bring his “economic dream” of ending poverty and the dismantling of American Capitalism so that a better system could take its place. “Communism forgets that life is individual. Capitalism forgets life is social,” said Dr. King.

“The curse of poverty has no justification in our age. It is socially as cruel and blind as the practice of cannibalism at the dawn of civilization when men ate each other because they had not yet learned to take food from the soil or to consume the abundant animal life around them. The time has come for us to civilize ourselves by the total, direct and immediate abolition of poverty.”

He has always combined his theology and civil rights activism with this more aggressive approach to economics. The most famous speech by Dr. King “I Have A Dream” discussed the poverty and economic inequality that Black Americans faced in the fight for civil rights. “One hundred years later, the Negro lives on a lonely island of poverty in the midst vast ocean of material prosperity…we’ve come to our nation’s capital to cash a check . . . that will give us upon demand the riches of freedom and the security of justice.”

The rose-colored lens of white Americans emphasizing the idea of a colorblind society weakened the views of Dr. Martin Luther King Jr. on economic inclusion and criticism of capitalism. As a way to undermine and disregard the issues of systematic economic and racial injustice embedded into America’s infrastructure, the iconic phrase “I have a dream that my four little children will one day live in a nation where they will not be judged by the color of their skin but by the content of their character” was used to deflect from a failing american system.

The following are some books that can help you understand Dr. King’s philosophy and efforts regarding economic inclusion.

The philosophy and theology that made Dr. King a leader of the civil rights movement can be attributed in part to his years at Morehouse College and Crozer Theological Seminary in Pennsylvania, along with the influence of Gandhi, Eastern philosophy, Buddhist teachings and Thoreau.

“Ralph Waldo Emerson, the great essayist, said in a lecture in 1871, ‘If a man can write a better book or preach a better sermon or make a better mousetrap than his neighbor, even if he builds his house in the woods, the world will make a beaten path to his door.’ This hasn’t always been true — but it will become increasingly true, and so I would urge you to study hard, to burn the midnight oil.” – Dr. King

Progress and Poverty by Henry George

During the 1968 Poor People’s Campaign Dr. King referenced Henry George in a speech“Where We Are Going”

In 1879 Henry George anticipated this state of affairs when he wrote, in Progress and Poverty: “The fact is that the work which improves the condition of mankind, the work which extends knowledge and increases power and enriches literature, and elevates thought, is not done to secure a living. It is not the work of slaves, driven to their task either by the lash of a master or by animal necessities. It is the work of men who perform it for their own sake, and not that they may get more to eat or drink, or wear, or display. In a state of society where want is abolished, work of this sort could be enormously increased.”

“During my student days I read Henry David Thoreau’s essay On Civil Disobedience for the first time. Here, in this courageous New Englander’s refusal to pay his taxes and his choice of jail rather than support a war that would spread slavery’s territory into Mexico, I made my first contact with the theory of nonviolent resistance. Fascinated by the idea of refusing to cooperate with an evil system, I was so deeply moved that I reread the work several times.” – Dr. King

Dr. King not only cemented his place in history as a civil rights icon, he was known to have friendships with James Baldwin, Langston Hughes and Maya Angelou, who also helped him organize protests. His legacy has also been immortalized through written works by Alice Walker, Angela Davis and Gwendolyn Brooks.

Baldwin first met King in 1957, during the Atlanta stop of his tour of the Deep South. They developed a complicated friendship, both having respect for one another but clashing on core beliefs.

The Fire Is upon Us: James Baldwin

“He was more beleaguered than he had ever been before, and not only by his enemies in the white South…King has had an extraordinary effect in the Negro world and is now in the center of an extremely complex crossfire.” Baldwin wrote of King in Harper’s magazine

“They remember King the Dr. Orator, but not Dr. King the disrupter of unjust peace. They applaud Dr. King who opposed violence, but not the Dr. King who called for massive non-white violent demonstrations to end war and poverty in our houses. They applauded his 1963 “I have a dream speech,” and that’s the only thing that many people know. They applaud his 1963 “I have a dream speech but forget how as he told us in a Christmas sermon on peace, not long after talking about that dream I started seeing it turn into a nightmare.”- Angela Davis on Dr. King’s Legacy

The Dreamer and Rebel In His Own Words

Throughout Dr. Kings Life He has written books and speeches on tolerance, socioeconomic inequality, capitalism, and the racial injustices of America. King is one of the most important thinkers, orators and writers of the 1950s and 1960s. History has a way of simplifying his teachings and methods—hopefully the full scope of his dreams for a more equal and unified America will be understood through his own words.

Why We Can’t Wait by Dr. Martin Luther King Jr

Where Do We Go from Here: Chaos or Community?

The last book written by Dr. King before he was assassinated, this book was his analysis of the next phase of the civil rights revolution which would include the economic advancement and demands of Black Americans.

In honor of King’s Day, all should embrace Dr. Kings ideals in their entirety while continuing to push for their realization.