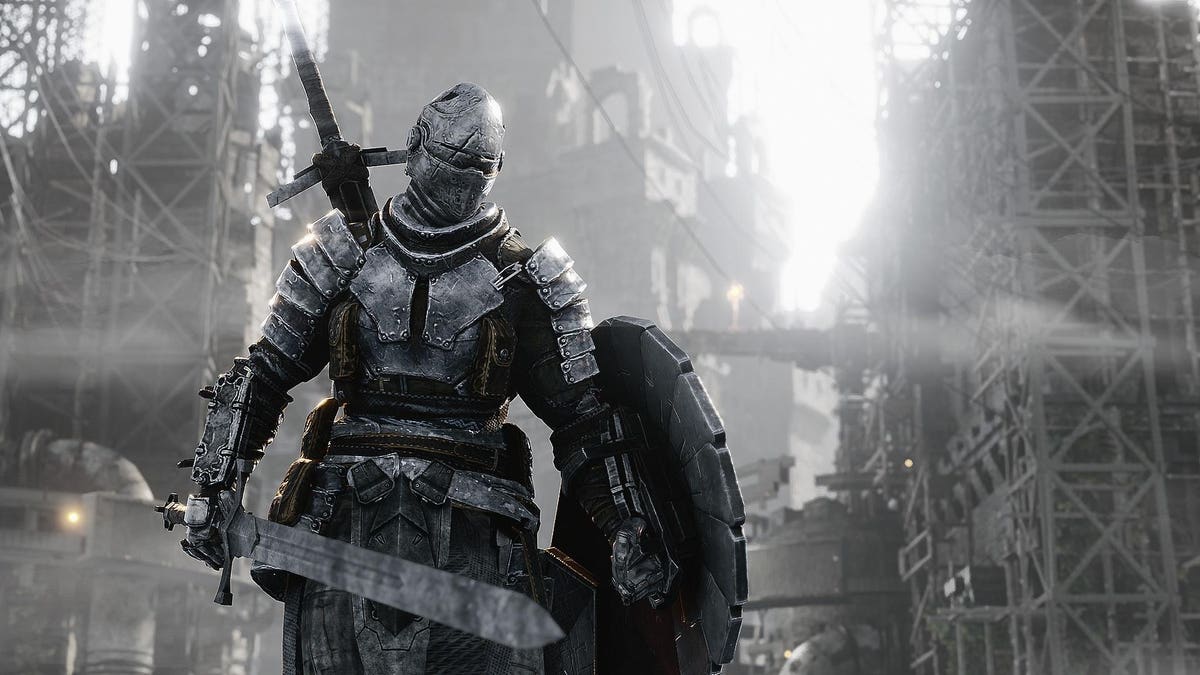 Bleak Faith: Forsaken, which should just be called Bleak Faith or Forsaken but that’s another story, is a Soulslike that takes place amidst the ruins of a modern world. Medieval knights and spellcasters trudge through the fallen corridors of a long-lost time. Now, only the scaffolding of a lost civilization remains.

In Bleak Faith, players explore the sprawling, open-world Omnistructure and fight hideous monsters in what looks a heck of a lot like Dark Souls, but with that cool, post-apocalyptic twist.

You can watch this same fight around the 7-minute mark in this earlier video to see just how much progress has been made. Frankly, the two are so drastically different I almost didn’t recognize the boss:

So yeah, this looks like a Soulslike I can get fully onboard with. There are very few of those, though Mortal Shell has scratched that itch quite nicely. Bleak Faith is set to launch in Q2 of 2022. Check out the game’s Steam page here.