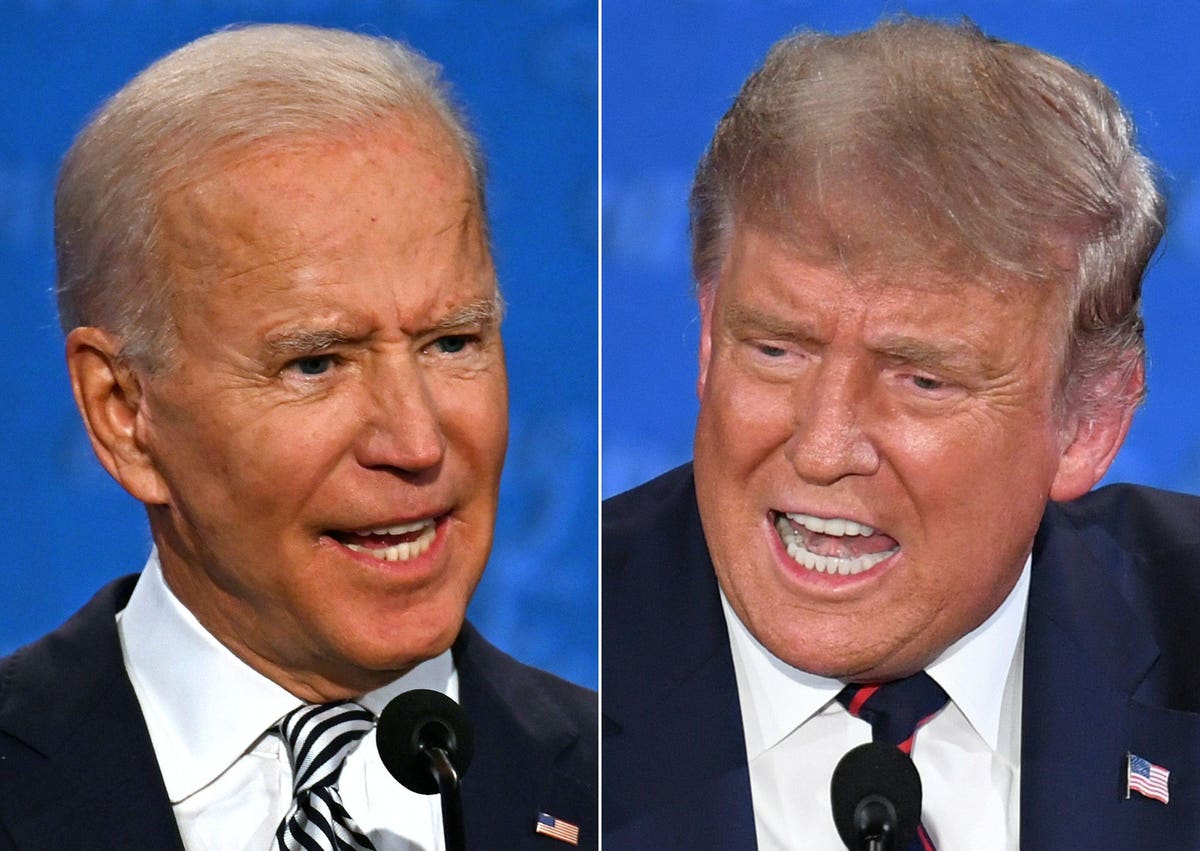 Even with the Delta variant cases, hospitalizations and deaths hitting levels not seen for months, along with concerns the Fed will slow asset purchases later this year, the S&P 500 and the Nasdaq closed at record highs on Friday. By President Trump’s favorite measure of success, President Biden’s post-election and inauguration stock market gains have beaten Trump’s equivalent nine plus month’s returns. The stock market has not crashed under Biden as Trump predicted as seen in this debate video.

All three major indexes, the Dow 30 Industrials, S&P 500 and the NASDAQ have generated greater percentage increases from their respective election days to late August. Biden’s outperformance includes from the day of the November 3 election and the Friday after the election since the race was not called until the weekend. Biden’s returns have also beaten Trump’s starting from January 19, the day before they were inaugurated.

Using the returns from the time the election was called in Biden’s favor to late August vs. when Trump was called the winner to the same timeframe the Dow, S&P 500 and the NASDAQ have risen by 6.2%, 14.3% and 6.5% more under Biden, respectively.

Biden’s Dow has been a steady outperformer vs. Trump

On the Tuesday in 2016 the election was held between Donald Trump and Hillary Clinton the Dow 30 Industrials closed at 18,333. The Index responded positively to Trump’s victory, called on the same evening, and continued to rise through early August but trailed off for a few weeks.

On the Tuesday of the election between Trump and Biden the Index closed at 28,323. It also increased the next three days with Biden in the lead but it had not been called. However, the Monday after the election was called the Index gapped upwards and has continually risen except for a few sharp downturns that quickly reversed. Biden’s returns have been better by 6.2% from when the election was called and 4.1% since his inauguration.

The S&P 500 is Biden’s largest outperformance vs. Trump

Between Biden’s election and last Friday the S&P 500 returns were better than the Dow’s. Biden’s market returns were again substantially above Trump’s by 14.3% from when the election was called and 10.8% from his inauguration.

The post-election to late August timeframe saw the NASDAQ with the highest performing Index for Trump, coming in at 20.6%, which was still short of Biden’s 27.2%.

Trump’s return of 13.1% since his inauguration is the metric that is the closest to Biden, which has increased 14.6%.