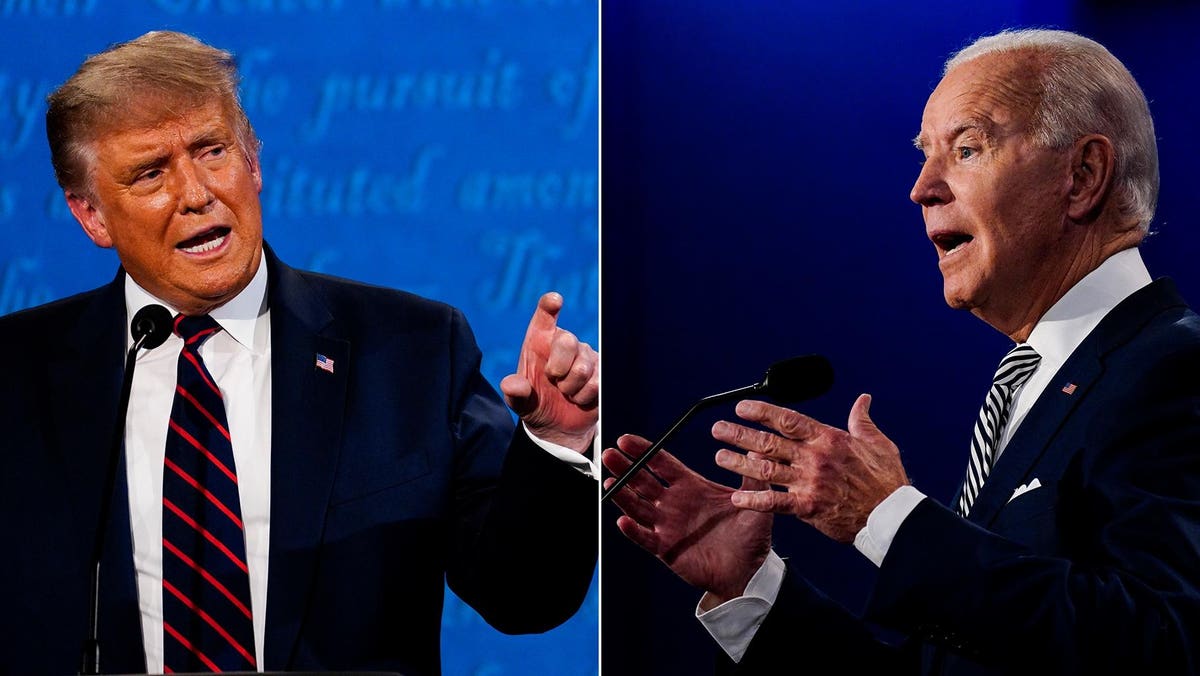 With help from the Biden administration, former President Trump has converted his own failed China trade policy – into a future 2024 campaign asset. Trump is now using the bully pulpit to skewer the Biden team using inflation, the economy, and the price of gasoline as highlights for his irritation agenda.

During the early days of the Trump White House, former trade advisor Peter Navarro laid out suggestions for an abrasive China policy and President Trump loved to pour gasoline on the bonfire. At the time this was taking place, they were attempting to manually alter the balance of China trade, utilizing tariffs as the weapon of choice. Reputable economists will tell you that tariffs are not a workable solution, and every time they have been tried, they have failed.

As the Trumpian trade manipulation was unfolding, retail economists alerted the “globalists” that the proposed policies for China would cause massive inflation and create significant bankruptcies within the retail community. Unfortunately, the retail prognosticators were correct, but nobody listened or even seemed to care. Trump’s “nationalists” won the arguments, and the trade-war disruptions began. Former President Trump said: “A globalist is a person that wants the globe to do well, frankly, not caring about our country so much. And, you know what? We can’t have that.”

In an important speech on October 4th – the United States Trade Representative Katherine Tai seemed to announce that the Biden team has swallowed the Trumpian-trade-bait. Somehow, they are thinking that the China-mess created by Trump was actually a gift that needed to be renewed. USTR Tai delivered the speech to the Center for Strategic & International Studies – affirming that the Biden Administration would stay the course on Trumpian trade policy and possibly make things even worse by adding additional tariffs. Industry trade groups quickly branded this as a reckless move. The National Retail Federation’s David French said it a statement: “Today’s long-awaited announcement proved the Biden administration’s trade strategy on China to be lackluster at most and will further inflict unnecessary damage to the American economy and the retail supply chains.”

The former President, for his part, is now laughing all the way to the 2024 election bank. With the Biden team now affirming a Trump-China strategy continuance, the former President is using his own failed China trade plans to campaign against President Biden.

Apparently, the Biden team convinced themselves that Trump’s haphazard China policy was for real – while the former President Trump was actually “winging-it.” In his famous book: “The Art of the Deal,” Trump even said: “the real excitement is playing the game.”

Under Trump’s leadership, China trade policy was viewed as an “in-you-face” move to appease his nationalist base. Unfortunately, for American consumers and retailers, it now appears that the Biden team has decided to take what Trump created as serious policy, somewhat akin to pulling a hat out of a rabbit.

Last week, in a fascinating interview, former President Trump told Anchor Adam Shapiro of Yahoo Finance that: “It looks to me like inflation is going to ravage our country.” He said “I was there a long time ago with Jimmy Carter as president. And the inflation was devastating, when rates went up – you had a prime rate that went to 21%, which is not even believable when you think about it.” He also talked about the price of gasoline, which was also reminiscent of the Carter Era and the long lines for fuel: “it’s very scary when you look at gasoline. From $1.87 a gallon when I was president, it went from $1.87 and now it’s well over $5.00, and it’s gonna go a lot higher.”

When the China Phase One Trade Agreement was signed with Chinese Vice Premier Lui He at the White House on January 15, 2020, exhausted retailers were relieved. It wasn’t because they liked the deal, it was simply that Trump’s signature reflected a break from all the disruptive tariff actions – coupled with some business stability and a longer-term exit strategy. Nobody in retail, was particularly happy about it, except possibly the agriculture community. Retail didn’t really gain from the agreement as they were “allowed” to continue paying the unpopular tariffs (albeit at a lower rate).

Trump’s China Phase One trade agreement was a failure from the get-go but no one seemed to care, even though it was widely reported that China wasn’t living up to expectations. Of course, COVID-19 entered the picture and the world was turned upside down but, at the same time, America was receiving too much from China of what we ordered (but no longer needed) and there was not enough being exported to meet the Phase One responsibility. For the first year of the agreement it is reported that China purchased only 59% of the requirement, and for this year (through August) they have purchased only about 69%. On top of that, China didn’t change any of Trump’s aggrieved trade behaviors and the deal is scheduled to expire in two and a half months.

When President Biden was elected, the rough China trade waters seemed to calm for a while. Surely, with the appointment of the highly competent United States Trade Representative Katherine Tai, retailers thought all the tariff angst would soon fade away and a degree of normality would return to the markets. But alas, flash forward nine months into Biden’s first term and Katherine Tai’s speech to the Center for Strategic & International Studies (CSIS) indicated that the administration would stay the (Trumpian) course and possibly make things even worse by adding more tariffs. The administration did reinstate the idea of product exclusions, but the path to complete that process is cumbersome and restrictive.

Retailers were simply astounded by Ms. Tai’s tariff policy revelation. Is it possible that after several months of studying the prior administration’s failed China strategy, the Biden team just decided to make it worse? Why would America commercially tax its own citizens to solve a political problem that has only deteriorated? Try to explain this as a bedtime story:

*Once upon a time we had a problem with China.

*To punish China, we taxed tax ourselves

*None of the original goals were achieved, China proceeded to tax many of our exports, and the trade deficit with China hardly budged.

*America ended up with higher retail prices, inflation, supply chain bottlenecks, and our exports have suffered.

When Ambassador Tai concluded her speech at the Center for Strategic & International Studies, Bill Reinsch (during the Q&A time that followed) asked Ms. Tai if decoupling supply chains with China was a priority for the Biden Administration?

Ms. Tai responded that she didn’t “think that was a realistic outcome in terms of our global economy” but did raise the rhetorical question about “the goals that we are looking for in a kind of re-coupling.”

While Ambassador Tai’s strategy is logical and re-coupling would be a noble idea, the Biden administration must decide which side of the tennis court they want to play on. Clearly, the strategy of playing ball on both sides of the court (at the same time) creates an impossible situation, and former President Trump has been quick to take notice and pounce on the inconsistency.

Back in 2020, during a National Public Radio (NPR) interview with Lulu Garcia-Navarro, candidate Biden said that he would end the tariffs with China: “We’re going after China in the wrong way.”

Immediately following that NPR interview, the Biden campaign quickly backtracked and said that the candidate really meant to say that if he was elected, he would “reevaluate the tariffs upon taking office.” The Trump campaign loved the response and twisted the statement to say that: “Biden would surrender to China on trade.”

So, flash forward to yesterday (10/9/21) and now former President Trump is holding a rally in Des Moines, Iowa at the State Fairgrounds facing thousands of enthusiastic supporters. Once again, he bashed the Biden administration saying:

“Inflation is taking over our country”

“China is taking our jobs”

“The last jobs report was “dismal”

While the former President has yet to announce a run for 2024, he is clearly getting started by railing against his own failed strategy and putting the blame on Biden.

Back in 2020 during that same NPR interview with Lulu Garcia-Navarro, candidate Biden articulated even more about China tariffs:

GARCIA-NAVARRO: “Would you keep the tariffs?”

BIDEN: “Some. Two or three people. Manufacturing has gone into recession. Agriculture has lost billions of dollars that taxpayers had to pay.”

President Biden has clearly boxed himself into a corner, and USTR Tai’s speech was the opening salvo. If Biden eliminates the tariffs, Trump will call him soft on China. If Biden continues on the current path, retailers and consumers will bear the brunt of increased pricing, and Trump will say that Biden is stoking inflation.

At this point, a variant of an ancient Chinese proverb might help the Biden team make sound choices:

“Be not afraid of changing slowly, be afraid of standing still.”