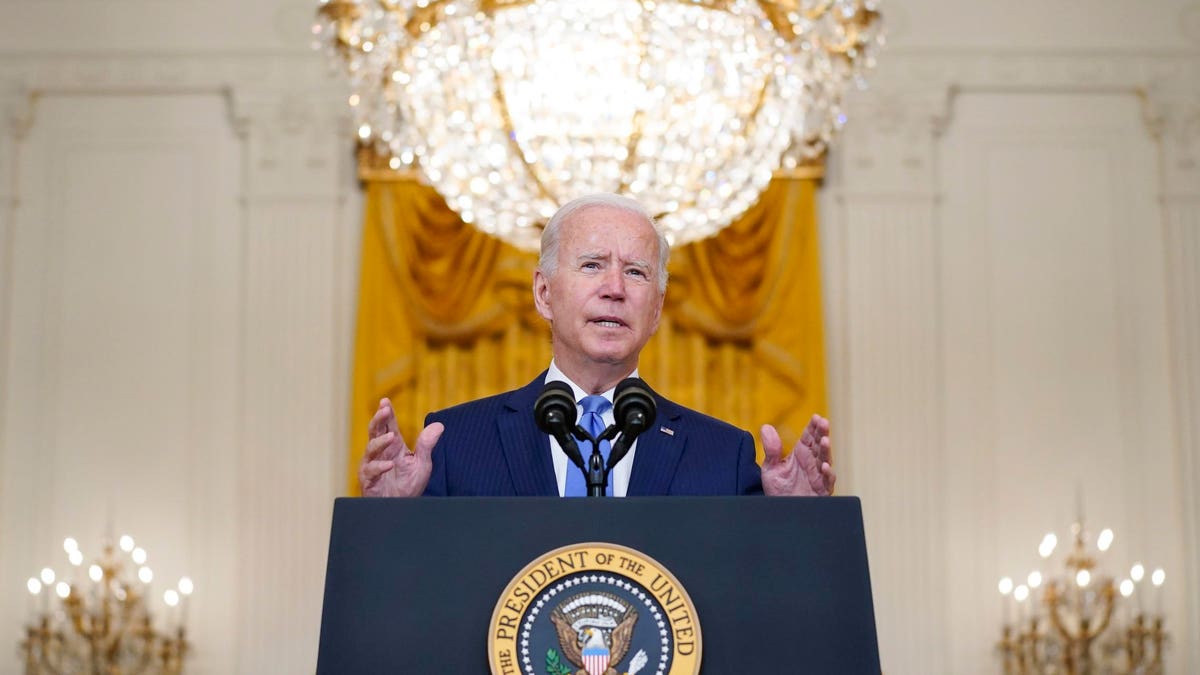 President Joe Biden on Thursday railed against growing wealth inequality in the United States in an attempt to bolster support for the Democrats’ lofty policy agenda, which is quickly taking shape in Congress as the House moves forward on sweeping proposals seeking to expand and strengthen the nation’s social safety net while hiking taxes for the ultra-rich.

In a speech at the White House, Biden highlighted the staggering growth in the wealth of the richest Americans during the pandemic and repeatedly said that billionaires and corporations should “pay their fair share” in taxes, adding that “ordinary hard-working Americans” have basically “been cut out of the deal.”

Biden opened his comments by thanking the House committee that voted Wednesday to move forward on a set of sweeping tax proposals included in the Democrats’ $3.5 trillion budget package, setting the stage for a floor vote in the next few weeks.

He also detailed a new proposal that would require banks to report annual inflows and outflows from bank accounts with at least $600 worth of transactions, giving the Internal Revenue Service an opportunity to crack down on potential tax evasion.

In their plan, Democrats proposed a slew of measures targeting high-income Americans, including hiking the top income tax rate to 39.6% from 37% for Americans making more than $400,000 per year and investing $80 billion in the IRS to help beef up its tax enforcement and technology.

“The data is absolutely clear: Over the past 40 years, the wealthy have gotten wealthier, and too many corporations have lost their sense of responsibility to their workers, their communities and the country,” Biden said Thursday, pointing out at least 55 of the nation’s largest corporations paid nothing in federal taxes last year. “If you can make a million or a billion dollars, that’s great, but all I ask is that you pay your fair share, and that’s not happening.”

According to a report from the Treasury Department last week, the top 1% of taxpayers, ranked by income, failed to pay about $163 billion in taxes last year—making up about 28% of the nation’s growing tax gap. In the report, the Treasury said the wealthiest Americans account for the bulk of tax evasion because higher-income taxpayers have the financial resources to “tap into the services of accountants and tax preparers who help shield them from bearing their true income tax liability.”

$700 billion. That’s how much the Treasury Department estimates Biden’s plan to reduce the tax gap by ramping up enforcement will raise over the next ten years. About $460 billion of that is expected to come from the information-reporting component, but not everyone’s convinced about the revenue potential. The Congressional Budget Office last week said the Biden Administration’s enforcement plans would only yield about $200 billion in additional revenue. The agency expects some taxpayers will adapt to the new measures and find new ways to evade detection, thereby lowering expected returns after a few years.

The White House’s tax agenda reached a critical juncture last week as House Democrats started drafting specific provisions for a massive budget reconciliation package filled with party priorities that didn’t make it into a separate bipartisan infrastructure package. Though the infrastructure plan’s price tag was trimmed to satisfy GOP lawmakers, the budget resolution bill would use the Senate’s special reconciliation process to allow Democrats to sidestep Republican support and pass the spending bill with just 51 votes instead of the usual 60. That would still require support from all 50 Senate Democrats, but moderate Sens. Joe Manchin (D-W.Va.) and Kyrsten Sinema (D-Ariz.) have both voiced opposition to the budget bill’s proposed cost. Citing concerns over heightened inflation, Manchin has said he’ll support up to $2 trillion in new spending, but only if Democrats can offset the price tag with cost savings and tax revenues.

Richest 5% Of Americans ‘Choose Not To Pay’ $307 Billion In Taxes Each Year, Treasury Reports (Forbes)