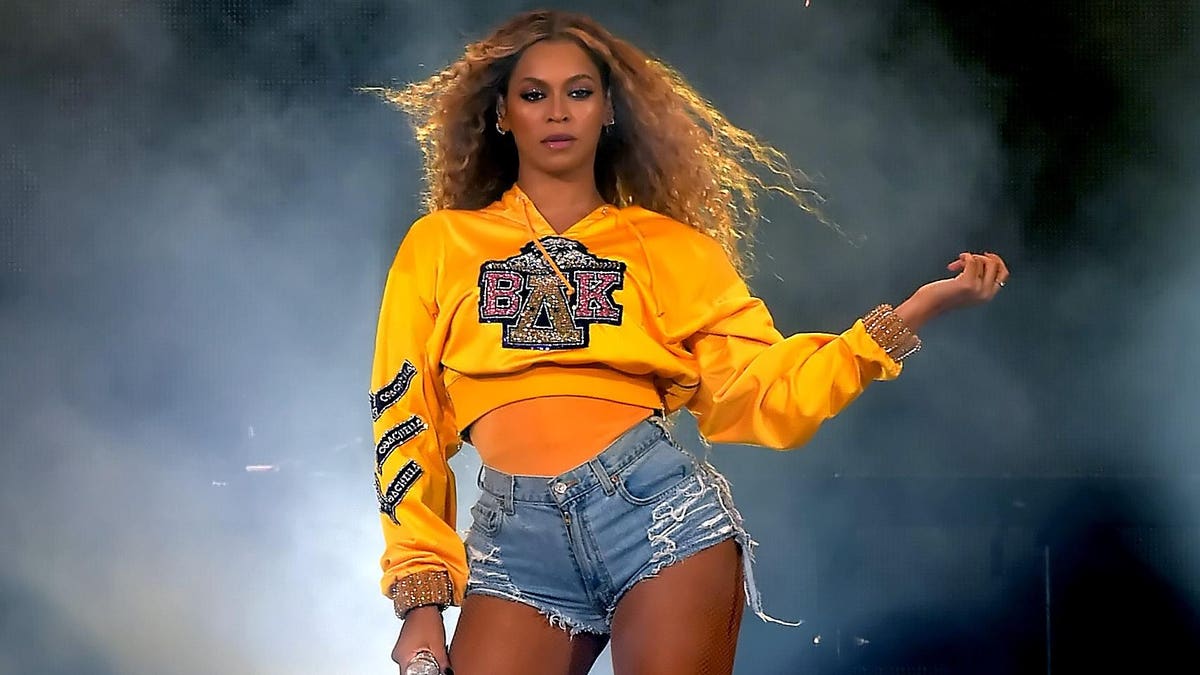 Beyoncé Knowles—the Grammy award-winning singer, actress, fashionista, wife of billionaire rapper Jay-Z and overall cultural icon—hits the big 4-0 today, September 4, 2021. It’s a significant date by all means, and made all the more so by her fixation on the number four. The number most recently appeared in the Internet-shattering Tiffany & Co. ad campaign featuring the famous couple (and a previously unseen Jean-Michel Basquiat painting) with Knowles sporting the luxury jeweler’s famed Tiffany Yellow Diamond, making her the fourth woman in history to wear the piece.

References to the numeral are scattered throughout her life and music. Here’s where it’s popped up:

In a dash of mysterious coincidence: Forbes estimated Knowles’ fortune at $440 million for our 2021 Self-Made Women list.

Instead of wedding rings, Knowles and Jay-Z sport tattoos of the roman numeral four (“IV”) on their ring fingers. The two were married on the numerically significant April 4, 2008.

Knowles’ 2011 fourth studio album was obviously titled 4. (It debuted that week in the top spot on the Billboard 200, making it her fourth number one album.) And her fifth album, the eponymously-named Beyoncé, was released Dec. 13, 2013. Notice that the 1’s and 3’s add up to four? And don’t forget Destiny’s Child, the early-aughts R&B pop group that put Knowles on the map—their original lineup had four members.

A 2011 concert film from Knowles, Live at Roseland, was filmed during four consecutive nights of shows. And, in June 2012, Knowles returned to the stage for the first time after Blue Ivy’s birth with four nights of concerts in Atlantic City, New Jersey.

Over the years, Knowles has voiced public support for (and said that she looks up to) former first lady Michelle Obama—whose husband, Barack Obama, was the 44th president of the United States.

In a 2013 blog post on his 44th birthday, Jay-Z said he and Knowles were undergoing a 22 day challenge to eat a completely vegan diet. “There’s something spiritual to me about it being my 44th birthday and the serendipity behind the number of days in this challenge; 22 (2+2=4),” he wrote.