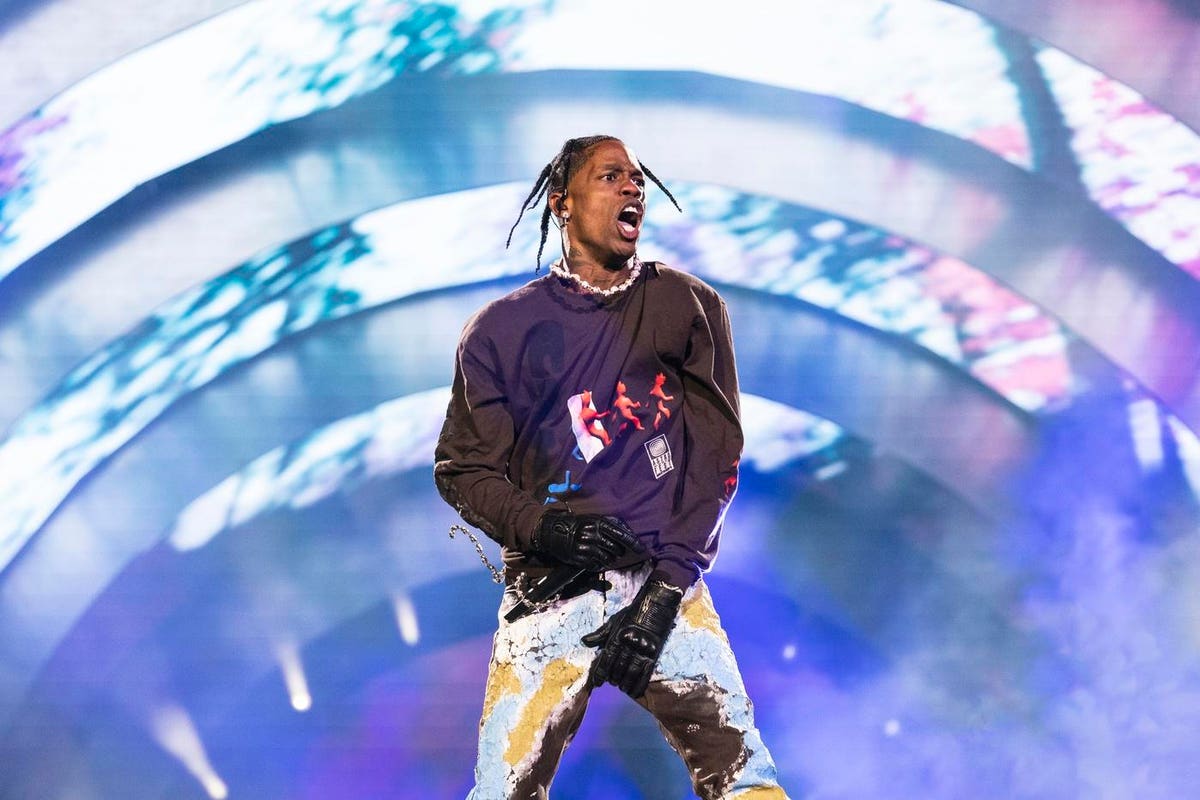 The terrible tragedy at Travis Scott’s Astroworld concert, which resulted in the death of 8 concertgoers, has sparked a wave of lawsuits and questions regarding the safety of the event.

Scott himself has come under fire, as critics point to his history of encouraging crowd violence and chaos during his shows (a video clip from a previous concert shows Scott explicitly telling his fans to attack a teenager who stole his shoe while he was crowd-surfing).

In the face of senseless tragedy, some have turned away from the mundanity of crowd mismanagement and focused their attention on symbolism, attempting to find hidden meaning in decoration, set design, and even the marketing of Astroworld.

On TikTok and Twitter, conspiracy theorists are pointing to the Satanic/Illuminati-themed aesthetic of the concert, sparking baseless speculations involving ritualistic blood sacrifice (an all-too-familiar narrative in our QAnon-poisoned social media platforms).

Tiktok users claiming to have attended the festival repeatedly use words like “demonic” and “Satanic” to describe the horror of the event, with other users taking those descriptions literally. The fact that the concert continued throughout the chaos was seen by some as indicative of a cover-up, while unsettling, out-of-context video clips showing an unconscious attendee being carried off while Scott sings, monotonously, added fuel to the fire.

It’s not uncommon for national tragedies to spark a wave of conspiratorial thinking – we’ve seen it happen with school shootings and terrorist attacks. Research also shows that people become more conspiracy-minded during times of stress and uncertainty; hence, it’s hardly surprising that in the midst of a global pandemic, we’ve seen conspiratorial narratives flourish online.

Travis Scott’s Astroworld album boasts a spooky, psychedelic aesthetic, which is subsequently reflected in the set design at many of his concerts; for example, the stage at his recent concert was designed to look like a portal to Hell, featuring an upside-down crucifix, with shadowy silhouettes walking through the mist machines.

The fear, hysteria, and genuine horror that occurred at the event, combined with unnerving video clips and a stage purposely designed to look devilish, is fueling a narrative that is aggressively divorced from reality.

“If you don’t believe that there was nothing demonic about that whole concert, you are spiritually blind and I pray that God opens your eyes,” said one TikTok user, whose post drew more than a million views in a single day. TikTokers also pointed toward a stage backdrop that read “See ya on the other side,” as “proof” of Scott’s nefarious intentions.

By this logic, every single death and tragedy that occurs at, say, a heavy metal concert, could be linked to human sacrifice, if all it takes to spot a “Satanic ritual” is an appreciation for the macabre.

Of course, this isn’t the first time that conspiracy theorists have attempted to find secret, insidious signals hidden in pop culture; Beyonce’s use of religious symbolism in her music video backdrops sparked a wave of absurd conspiracies connecting the singer to the Illuminati, while the QAnon crowd are always looking out for occult symbols to “prove” the existence of Satan-worshipping pedophiles lurking in the upper echelons of government.

The very notion of non-ironic Satanism is inherently ridiculous, and outright nonsensical (imagine earnestly believing in both the Christian God and the Devil, and choosing to worship the latter). In the eighties, Satanic Panic was firmly the domain of sheltered, suburban parents, terrified that Marilyn Manson was leading their children to the gates of Hell – they even blamed the singer for the Columbine massacre!

We do not live in the heightened world of the Da Vinci Code, where symbols are literal and connected to Biblical secrets – “occult” symbols are everywhere because they look creepy and cool, and can be seen in Disney cartoons, music videos, and Halloween decorations.

Reducing this tragic loss of life to an orchestrated human sacrifice isn’t just misguided – it’s dangerous and irresponsible, indicative of a mass erosion of critical thinking, an alarming inability to separate fact from fiction.

When tragedy strikes, the Devil shouldn’t be considered culpable.