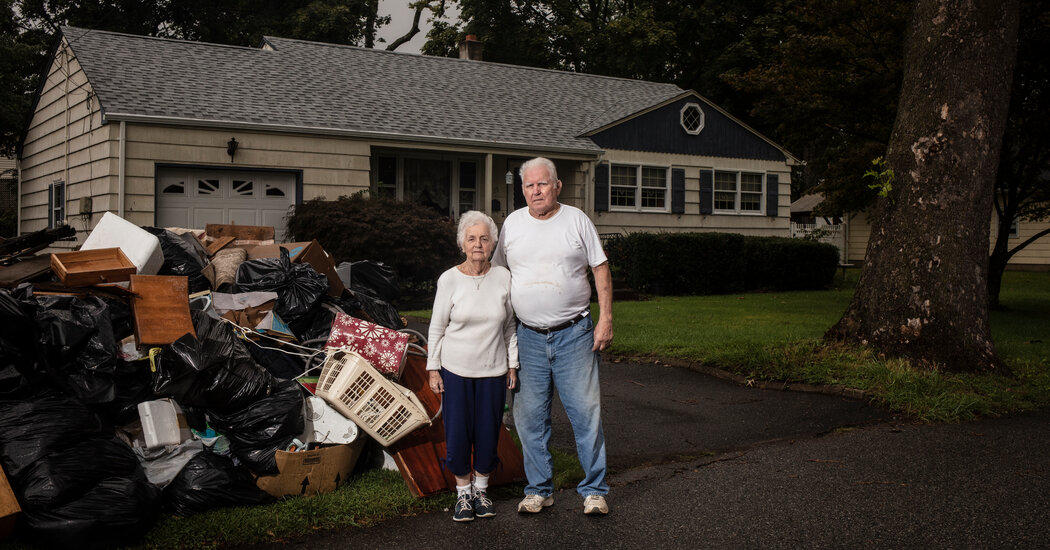 “Our infrastructure is inadequate to handle weather at this rate,” she added.

New Jersey is expected to begin requiring builders to factor in climate change, including rising sea levels and emission levels, in order to win government approval for projects. New rules due by January would enable the state to reject or modify building plans based on anticipated changes to the climate.

New Jersey has also begun encouraging residents, planning officials and political leaders to use its how-to tool kit to increase communities’ flood resiliency. Suggested strategies include altering municipal codes to require that structures be built above the base flood elevation and better using the natural environment to manage storm water.

In 2015, a report by the Rutgers Cooperative Extension Water Resources Program, which analyzed 54 towns in the Raritan River basin, offered specific recommendations on ways South Plainfield could better address storm water runoff, including the addition of porous pavement and bio-retention systems like rain gardens. (Neither the borough’s mayor nor the council president returned calls or emails seeking comment.)

Last year, New Jersey released its first scientific report on climate change, concluding that average temperatures in the state had gone up by 3.5 degrees Fahrenheit since 1895, outpacing other parts of the Northeast. Over the last 10 years, average precipitation levels in New Jersey increased 7.9 percent, the report found.

Even against this sobering backdrop, the scope of the devastation this month was alarming.

“Ida was a benchmark storm for us in the same way that Sandy was a benchmark coastal storm,” said David Rosenblatt, the state’s chief climate and flood resiliency officer, adding, “We’re unprepared for the bigger storms when they come.”

After Hurricane Sandy in 2012, which was linked to 40 deaths in New Jersey, the state began buying back coastal and flood-prone properties from homeowners as part of the Blue Acres program, rendering the land forever off limits to developers.

As of July, the state had offered 1,115 families in 20 towns the option to sell; 830 owners had accepted buyouts, according to a Department of Environmental Protection spokesman, and 705 homes had already been razed.