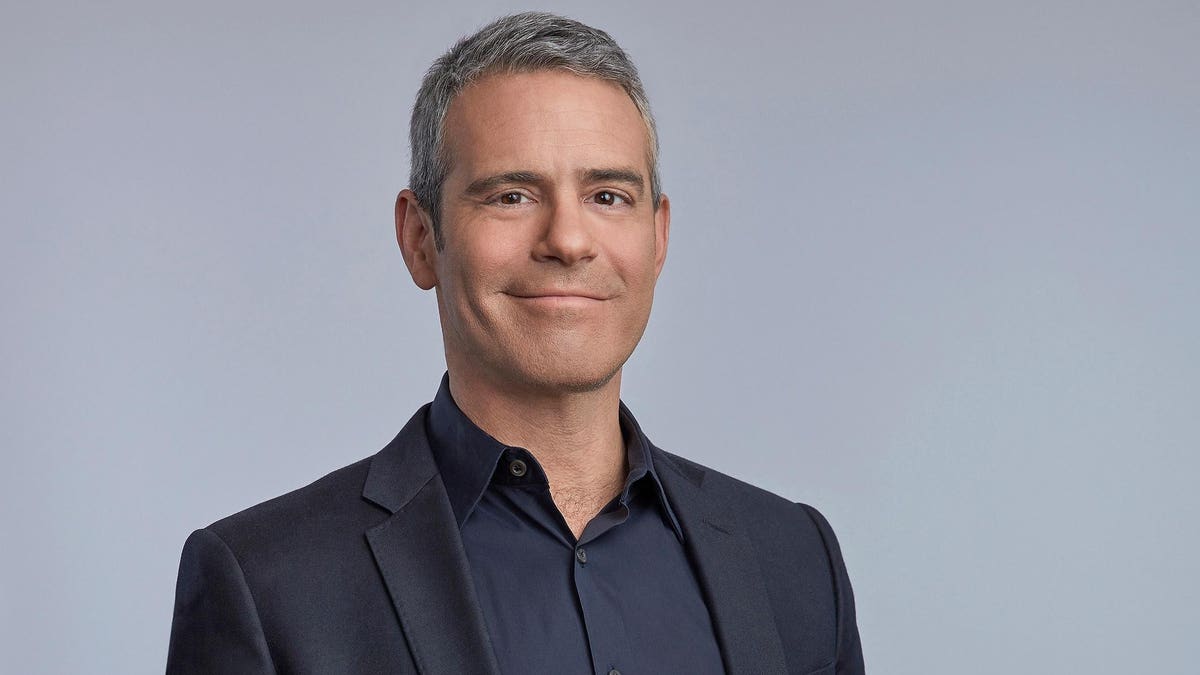 He is the always so well-prepared host and sometimes “referee” during the dramatic reunion shows for the various The Real Housewives cities, but Andy Cohen is even more so the hardworking wizard behind the curtain as the franchise’s executive producer, largely responsible for the epic success that this expanding reality television universe has become.

Being a man known for surrounding himself with strong, outspoken women, Cohen’s latest book titled Glitter Every Day could not be more fitting, with 365 quotes from trailblazing women throughout history and entertainment. So, how did Cohen come up with this book idea?

“As the pandemic wore on, I was thinking about how much I missed putting out my own books,” Cohen reveals to me at Forbes. “I’ve been focusing with my imprint on other people’s books the last couple years and I thought Well, what can I do next? Hoda Kotb has been doing these quote-a-day books the last couple years and I thought what if I did my own spin on it and did one that was really more about celebrating the women that have shaped me or women that I love, of which there are many. That’s really how it happened.”

The first page of Glitter Every Day goes to the woman who has indisputably shaped Cohen the most, literally and figuratively, his mother Evelyn with her quote “Get a hold of yourself, Andy!”

“She identifies things that she thinks I should be worried about and brings them to my attention,” Cohen says with a laugh about their family dynamic. “She’s the ultimate Jewish mom. You know, trying to encourage worry spots in gross areas.”

His book, which is available now, showcases quotes from the Kardashians, Dolly Parton, Simone Biles, Madonna, Lady Gaga, Joan Rivers, Aretha Franklin, Princess Diana, Oprah Winfrey, Ruth Bader Ginsburg, and so many more, including even a few of his Real Housewives stars. I asked Cohen of the many women featured in his book that have passed away throughout the years, who would he want to speak with most today and what would he say to her.

This past Monday on The Today Show, Cohen revealed that The Real Housewives of Dubai would be the next city to get its own reality series, a first international location for the franchise which will be produced by Bravo. So, why Dubai of all places?

“It’s truly like Las Vegas on steroids, Dubai,” Cohen continues. “The wealth is unprecedented and The Real Housewives of Beverly Hills went there a few years ago on a trip. It was an incredible glimpse into this world that I don’t think many of us are very familiar with. I hope that it’s aspirational and interesting and fun and all the things that the Housewives are.”

Since Cohen’s announcement, there has been some criticism surrounding the decision to bring the hit reality series to the United Arab Emirates region, where there are currently restrictive human rights laws in effect. When I brought up with Cohen some of the concerns the public has, he addressed with me his sincere hopes that the show’s reality storytelling has the potential of opening up the hearts and minds of the world at large.

“While the shows are always entertaining, they also drive the cultural conversation and I hope that it does just that. Since this will be a lot of people’s first look at Dubai, hopefully we can shed light on some of the things that are going on there and maybe with education, we can create and provoke change and interest in making things different.”

Change recently came within Cohen’s own household, when he decided to become a father through surrogacy with the birth of his son Ben in February 2019. Between his many responsibilities with The Real Housewives, his Watch What Happens Live late night talk show, his book commitments, and all of his other projects, I asked Cohen how he is able to manage his busy schedule to keep his home life a priority.

“I just really am vigilant about trying to balance out my schedule,” Cohen reveals. “The good thing about my schedule is I’m in and out all day. I wake up with him every morning. I get him ready and then today, I went to radio, did that for a couple hours. I was home in time for lunch. Was home for the next few hours, then I ran out and now I’m home again waiting for him to take a nap. Then, I’ll leave again about six o’clock to do what I have to do. So, I feel like having the consistency of me being around the house a lot is the most important thing.”

With Cohen now happily raising a young boy himself, I was curious what advice he would give to his former childhood self, the little Andy Cohen growing up in St. Louis, Missouri, after knowing and experiencing everything he has up to this point in his life.

“I would say the gay thing is going to be okay. I was very worried about what was going to happen, that I was gay and that I wasn’t going to be able to be gay and I was very upset about it. That was my number one concern. Everything else, I was pretty confident that I could have a career and whatever else I wanted.”

As Cohen sets his sights on his growing future, in and out of the household, he knows the areas in which he wants to take his business next. “I want to continue building Andy Cohen books. This book is now the fifth book on the imprint and so far, it’s going great. I just want to really keep building that. Building my relationship with Sirius[XM]. I got now two channels on Sirius, a music channel and a talk channel, both of which I curate. We talked about [The Real Housewives of] Dubai. I’m just really actively involved and energized by keeping the Housewives going as long as I can.”