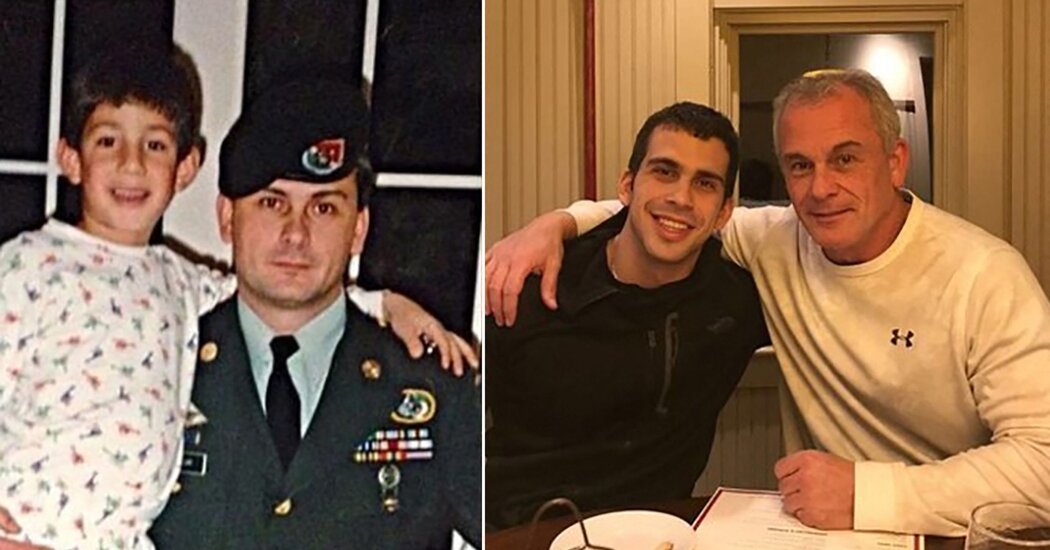 After fleeing criminal charges in Tokyo two years ago, the former Nissan chief Carlos Ghosn waged a public campaign attacking the Japanese justice system, arguing that conditions in the country’s prisons were designed to “lead you to despair.”

Now, Michael Taylor, the American who engineered Mr. Ghosn’s dramatic escape, is experiencing those harsh conditions for himself, his legal team says, as it campaigns to have him returned to the United States.

Mr. Taylor, the former Green Beret who spirited Mr. Ghosn out of Japan in a speaker box, has suffered frostbite because of a lack of heating at Fuchu Prison in suburban Tokyo, where he is serving a two-year sentence, his lawyers say.

Mr. Taylor, 61, and his son, Peter, 28, who aided the escape, pleaded guilty in June in a Tokyo court after having been arrested in the United States and extradited. They are now awaiting approval from the Japanese authorities as they seek to serve the rest of their sentences in an American prison.

While Michael Taylor may be one of Japan’s highest-profile convicts, his experience in its penal system is not unique. Japan has come under scrutiny at home and abroad for its treatment of prisoners and detainees, with critics pointing to inadequate medical care and an almost ubiquitous lack of heating and cooling that can lead to life-threatening illness.

Since being sentenced last year, Mr. Taylor has been kept in an unheated cell, sitting on a thin mat that offers little protection from the cold concrete floor, said one of his U.S.-based lawyers, Paul Kelly.

Mr. Taylor’s frostbite developed while he labored in a prison factory, Mr. Kelly said. Fuchu inmates are not allowed to wear gloves at work, he added, and they are required to wash their hands multiple times a day in cold water as part of the facility’s hygiene regimen.

A prison doctor diagnosed Mr. Taylor’s frostbite in January, according to Mr. Kelly. His fingers had turned red and were starting to blister, the lawyer said.

Mr. Taylor is not able to speak directly with his family or his U.S. legal team, but he described the diagnosis to one of his Japanese lawyers during a recent jailhouse visit. The lawyer reported Mr. Taylor’s condition in emails to his family and Mr. Kelly.

Contacted by The New York Times, Japan’s department of corrections said that it could not comment on individual cases but that prisoners were provided adequate clothing, blankets and medical care for cold conditions.

A spokesman for the U.S. Embassy in Tokyo declined to comment on Mr. Taylor, citing privacy considerations, but said U.S. officials had “long expressed concern to Japanese authorities about inadequate heating in prisons and detention centers, and continue to encourage the authorities to improve conditions.”

In recent weeks, as Mr. Taylor and the other prisoners have been restricted to their cells to prevent the spread of the Omicron variant of the coronavirus, he has had more access to blankets, allowing his condition to improve, Mr. Kelly said.

Yuko Shiota, a spokeswoman for the Center for Prisoners’ Rights, which campaigns for prison reform in Japan, said prisoners were often diagnosed with frostbite, sometimes so severe that it could lead to amputation.

“They say they have an insufficient budget, and the problem has not improved,” she said of the lack of prison heating systems.

In the 2020 edition of its annual report on global human rights, the U.S. State Department noted that in Japan “some prisons continued to lack adequate medical care and sufficient heating in the winter or cooling in the summer.”

Mistreatment of foreign prisoners and detainees in Japan has been thrust into the spotlight in recent years by several cases in which a lack of adequate medical care led to serious injury or even death.

Last spring, a young woman from Sri Lanka died in a detention facility in Nagoya after officials there repeatedly refused to grant her requests to be transferred to a hospital. A government investigation into her death declined to assign blame but recommended reforms to the center’s medical procedures.

In fleeing Japan in 2019 just before New Year’s Day, Mr. Ghosn cited his belief that Japan’s justice system would never give him a fair trial. He was out on bail after having been arrested multiple times on charges of financial wrongdoing — charges that he called a product of corporate intrigue backed by the Japanese government.

Mr. Taylor and his son helped him plan and execute his escape, which included being hidden in a box that was put on a flight first to Turkey and then to Beirut, Lebanon. Mr. Ghosn has remained in Lebanon, free of the threat of extradition, and he has been trying to rehabilitate his image.

The Taylors returned to the United States, where the father shared with the news media his story of helping Mr. Ghosn flee. The American authorities arrested the Taylors in the spring of 2020, acting on an extradition request from Japan.

They spent months battling the extradition, arguing in court that prison conditions in Japan amounted to torture. But they were handed over to Japan last March and put on trial three months later. Mr. Taylor was given a sentence of two years, and his son received one year and eight months. Peter Taylor is being held in a different prison.

In October, the United States approved the Taylors’ application to serve out the remainder of their sentences in the U.S. prison system. But the Japanese government is “dragging their heels,” Mr. Kelly said.

An official from Japan’s Ministry of Justice said the transfer process typically took at least a year.