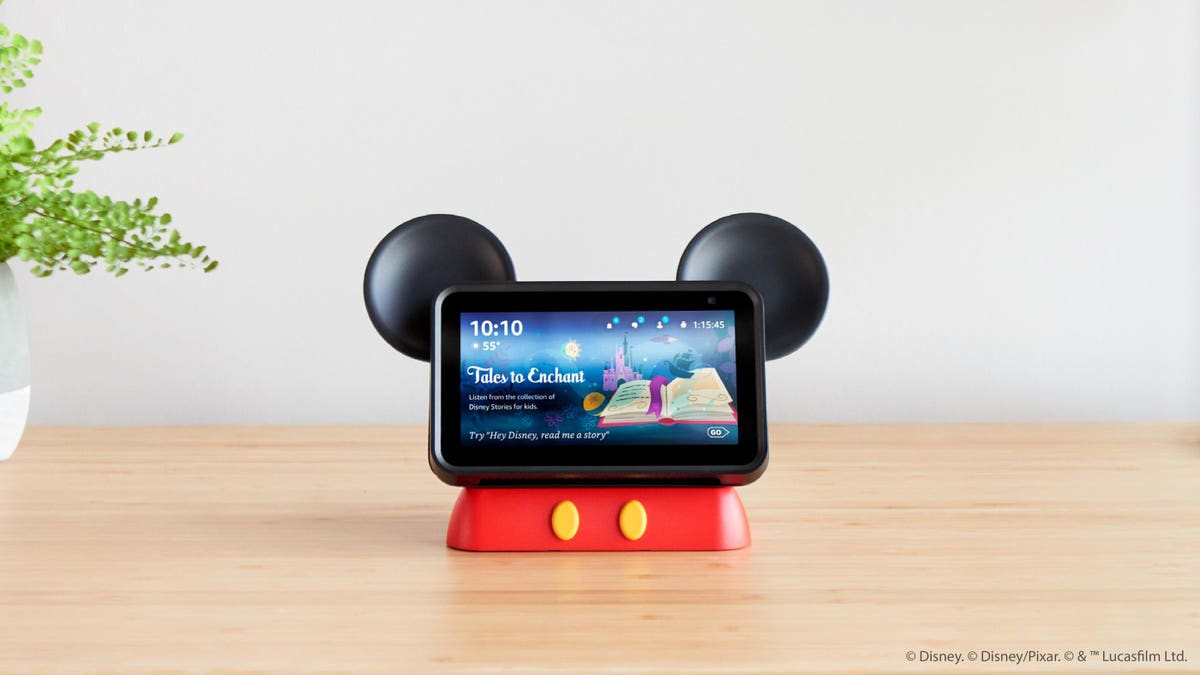 Disney and Amazon have announced a partnership to create a custom voice assistant using Amazon Alexa technology. The new skill will be called “Hey Disney!,” and can be used on Amazon Echo devices. The voice assistant will work with Alexa to respond to vocal prompts in homes and inside Disney resort hotel rooms at Walt Disney World.

Hey Disney! will begin rolling out in Disney hotel rooms in 2022 as part of Walt Disney World’s 50th anniversary celebration. Access to Hey Disney! is optional and complimentary, but will bring more information to guests at Walt Disney World hotels in an easy and familiar way, especially if they already use the Alexa voice assistant at home.

While staying at a resort hotel guests can ask about the weather, make timers and alarms, and figure out what time it is, just like any other Alexa-enabled product. With the help of the Hey Disney! skill, guests can also ask things like “When is the next bus to EPCOT?,” “What time does Magic Kingdom Park open?” and ask guest services for more hotel amenities like towels. There’s not currently a date for the release of Hey Disney! at the Disneyland Resort.

The new skill will also feature thousands of interactions from the voices of popular Disney characters like Mickey Mouse, Olaf and C-3PO. Those at Disney hotels and at home can hear greetings and jokes from characters, answer trivia questions, and listen to audio environments that are inspired by Disney movies and destinations.

While Hey Disney! can be used at home as a paid skill, its main focus will be on Disney resort guests having information they need at their beaconing call without having to actually pick up the phone or go down to the front desk to ask a cast member.

Hey Disney! is a game changer for hotel stays where limited front desk face-to-face interaction and limited housekeeping services are still being upheld due to coronavirus concerns. But Disney isn’t the first to put smart devices in guest rooms to allow guests to ask questions or receive amenities. Just down the street from Walt Disney World, Universal Orlando Resort has iPad’s in all guest rooms at Universal’s Aventura Hotel. The iPads allow visitors to turn lights on and off, request towels and other room amenities and ask questions to Universal guest services, though it seems with more and more people using Echo devices and Alexa services Hey Disney! may be more intuitive for future travelers.

Walt Disney World hotel rooms have become the source of conversation as of late due to the major refurbishments at two high-end hotels, and now the addition of Hey Disney! to each room across the property. As travel begins to surge over the holidays and into 2022, the company is counting on Hey Disney! to be a welcome addition to rooms as guests navigate the parks and resorts by doing something they already do at home with Alexa, and that’s to ask a question.