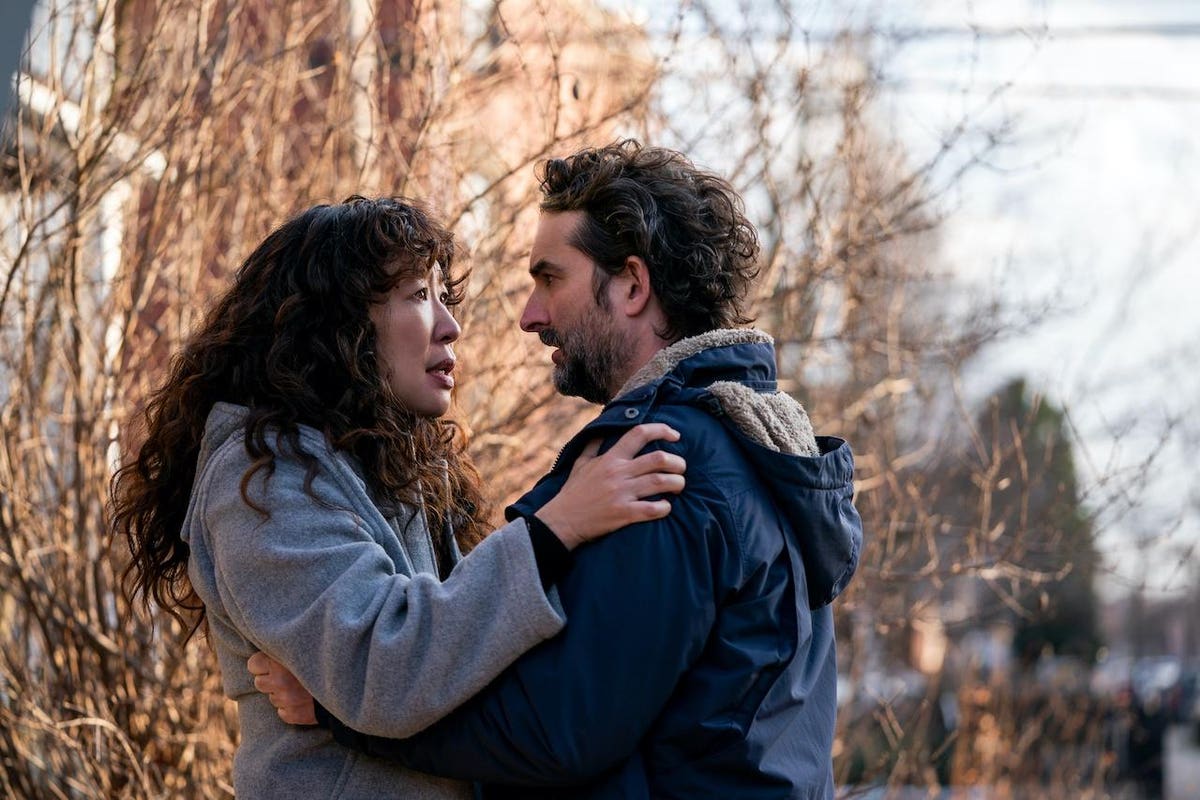 There is so much packed into each episode of the new Netflix dramedy series The Chair but for first-time TV writer Amanda Peet, the original concept revolved around “a mad, long-standing crush.”

She and Annie Julia Wyman got busy writing the pilot for what would be one of the best new series of 2021 and they had a lot of ground to cover. “We really wanted to take a stab at writing a romantic comedy,” Peet explained in a phone interview.

And she immediately honed in on Sandra Oh as the lead character, Dr. Ji-Yoon Kim, a woman navigating her new role as the Chair of the English department at the prestigious Pembroke University in New England.

“Once we had the idea that Sandra was going to be newly promoted I thought about what would happen to this woman who is in love with this man and she’s in this position where finally the stars have aligned and there is an opening for this job and then he has a transgression at work and she’s forced to decide what his fate will be. I couldn’t stop thinking about putting Sandra in this god-awful position.”

Though this is Peet’s debut as a TV series writer and showrunner, it isn’t her first time writing. She previously penned two plays: “The Commons of Pensacola” in 2013 and “Our Very Own Carlin McCullough” in 2018.

She’s happy people are bingeing the series and that fans are enthralled with the relationship between Oh’s character and her colleague, Professor Bill Dobson (Jay Duplass). “I like that people are wondering will they or won’t they have sex?”

By the end of the six-episode series it’s clear the two are in love but there’s still so much left to explore with this relationship. In addition to a love story, this show definitely covers some heavy subject matter and since its August 20 premiere it has been a conversation starter with topics that include sexism, racism and ageism.

“I didn’t want it to feel like homework,” Peet says. “I wanted it to be an entertaining show.” At its heart, there’s that romance between Oh and Duplass. “There’s this beautiful sexual chemistry there but I felt like there wasn’t quite enough room to take it all the way. A lot of my favorite romantic comedies definitely have this drawn out simmering period.”

She did her research and watched many of the classics in an effort to try to understand how that type of chemistry is created. “There’s this dance where they keep almost doing it and are then pulled away that feels suspenseful.”

Peet has made us laugh over the years with comedic roles in classics like Something’s Gotta Give and Togetherness but she’s also proven that she can dive into the darkest parts of humanity with her recent role as desperate double-murderer Betty Broderick in the second season of the anthology series Dirty John.

Like her genre-bending acting choices, Peet’s writing cannot be boxed into one specific category. With The Chair she tells a love story while simultaneously not shying away from many of life’s most serious issues. The show’s genius is that it tackles all of this with a sharp-edged, smartly-written and superbly acted humor. It’s a fast-paced ride that packs so much into its roughly 30-minute episodes.

She and Wyman certainly do not make things easy for Oh’s character, who is not only the first woman of color to take this position but is also one of the few people of color working at the college. In addition, her love life is beyond complicated and her English department is failing. In Ji-Yoon’s world no situation or decision is simple.

“For some women in leadership roles, including me, there’s this need to be liked that’s intense. I’m very emotional in the way I do things and on these two counts I could be accused of being very un-feminist as a leader. Do women have to lead like men? Or can we bring our gifts as they are? I think it’s a question of taste and I personally feel that empathy is an asset and we need more women in leadership. Period end of story.”

As for the way in which she and Wyman decided to write Oh’s character, Peet likes the idea that she has something to prove. “Ji-Yoon is hugely driven by her sense of decency and we wanted to explore how she integrates this part of herself into her job.” Back to that need to be liked that so many women struggle with, Peet believes it can actually be a good thing. “That need can be an asset and a driver for success.”

She talks about a conversation she recently had with her sister. “She had to take a class for her job on cultural competency, which is an important part of my show. In the class, there was a pie chart divided into sections: what you know, what you don’t know and what you don’t know you don’t know. It’s very difficult for people to admit to that latter portion and in my opinion it should be the biggest part of the pie.”

There is so much more story to tell with The Chair. Will there be a second season? Peet says at this time she and her team do not know.