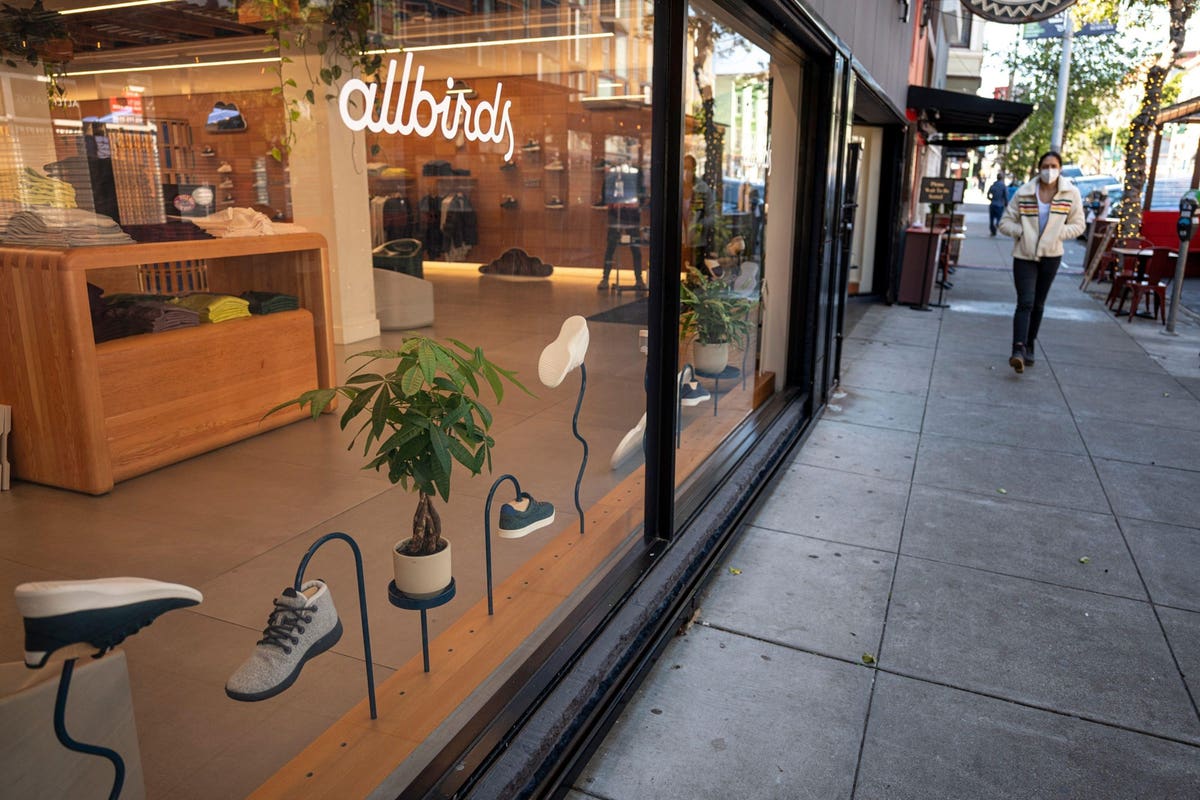 Sustainable shoemaker Allbirds raised more than $300 million in its initial public offering on Wednesday, with shares surging 91% on the first day of trading to give the company a valuation of $4.1 billion.

The San Francisco-based company, known for making sneakers out of wool, sugarcane and other natural materials, increased its offering to 20.2 million shares at $15 each on Tuesday evening, up from its original target of selling 19.2 million shares priced between $12 and $14.

Allbirds had previously been valued at a reported $1.7 billion, after raising $100 million from Franklin Templeton, T. Rowe Price, Baillie Gifford and others in September 2020. The company had raised a total of $200 million since it was founded in 2015.

It is the latest in a wave of venture-backed retailers to go public, following Warby Parker and Rent The Runway, both of whose share prices have declined since listing day. A Swiss shoemaker backed by Roger Federer also went public in September.

Allbirds has yet to turn a profit, posting losses of $25.9 million on revenue of $219 million last year, according to filings. It says that it is investing in the business for the long term, spending money to develop new materials and build a sustainable, but more expensive supply chain. That is important to help set it apart from companies that pay lip service to sustainability, and appeal to customers who care about the environment and climate change.

“It’s a struggle because there’s a lot of noise out there. People slap the label ‘sustainability’ on everything. It’s not a regulated term,” said cofounder and co-CEO Joey Zwillinger in an interview from the Nasdaq.

Allbirds has begun labeling all of its products with their carbon footprint and says its average pair of shoes require 30% less carbon to make than a standard pair of shoes. It continues to incorporate new materials, like crab shells and eucalyptus, into an expanding selection of footwear and also apparel.

“This is innovation on nature,” said Zwillinger, adding that profits will come. “I think smart investors are connecting that financial outcomes are related to the fact that we’re connecting more deeply to consumers on the issue they care most deeply about.”

While Allbirds started out by selling directly to consumers online, it now has 35 brick-and-mortar stores and plans to open hundreds of additional locations in the coming years. Its stores help to drive brand awareness and sales both in person and online, with repeat customers who shop both online and in stores spending 1.5 times more than those who do one or the other. When it opened a store in the Boston Back Bay, it noticed a 15% increase in website traffic, an 83% increase in new customers and a 77% increase in sales in the greater city those first three months.

“Customers still love shopping, and not just browsing with their thumb on a phone,” said Zwillinger, noting that they looked at the success of companies like Lululemon, which has shunned wholesale partnerships and instead opened some 500 stores.

The company got its start when former professional soccer player Tim Brown, who objected to the flashy logos on most athletic gear, started fiddling around with his own shoe design. He wondered why no one used merino wool, which was in abundant supply from the sheep in his native New Zealand and known for being lightweight and moisture-wicking. He teamed up with Zwillinger, an engineer by training, to create the company’s first product, a wool sneaker that sold for $95.

Brown and Zwillinger, both 40, will continue to serve as co-chief executives. Brown has a 10% stake in the company, worth about $425 million, based on Wednesday’s closing price. Zwillinger has an 8% stake, worth about $340 million.

The company is trading on the Nasdaq under the ticker symbol BIRD.