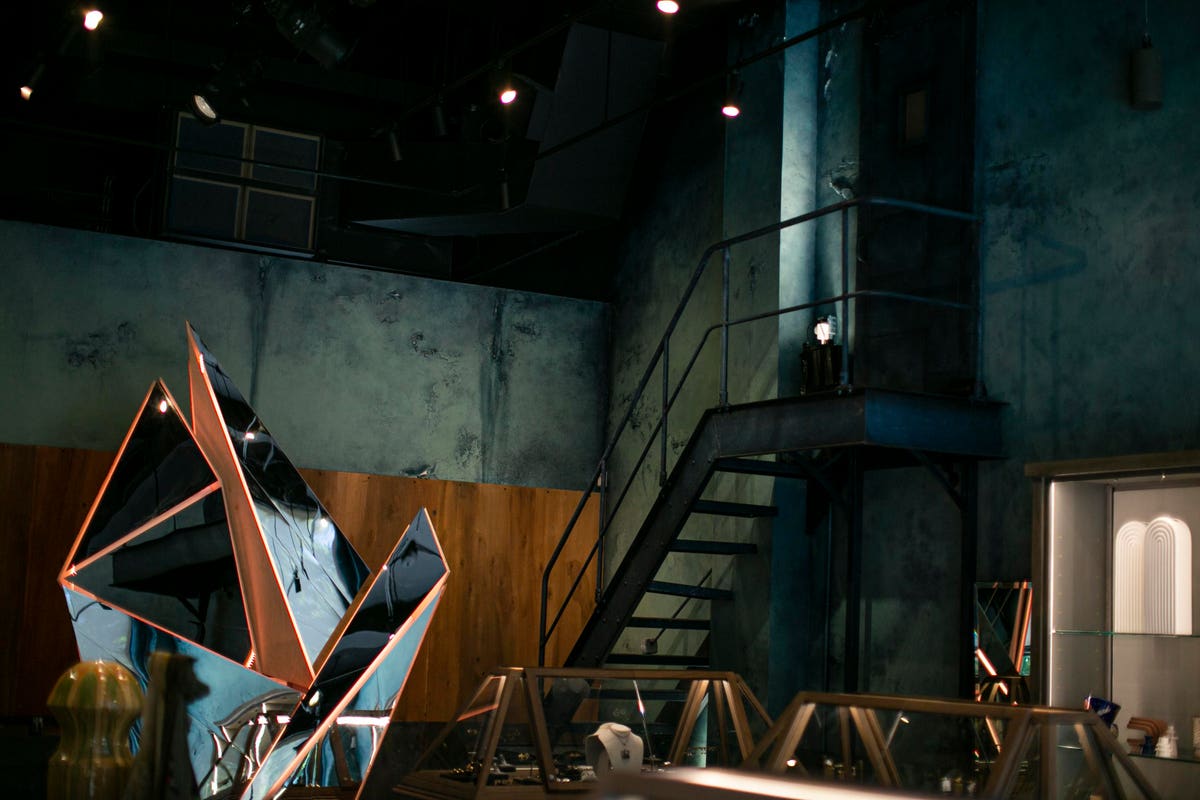 For jeweler Alexis Bittar, the second time around is bigger and better. The New York-based designer sold his Lucite and bejeweled costume and fine jewelry label entirely in 2015 to Brooks Brothers—who filed Chapter 11 in 2020—looking to unload assets presented an opportunity for Bittar to purchase it for a fraction of what he sold it for in September 2020. The retail downturn and a desire to approach fashion in a socially progressive manner also led to purchase.

“I am New Yorker to the core. I believe in retail; it just needs to rethink itself. People want an in-person experience.” Last week, four stores debuted last week at Prince and Lafayette, Greenwich Avenue, Madison and 77th, and Columbus and 69th. A fifth store will open in Brooklyn Heights, and a sixth is slated for San Francisco.

Under the terms of the deal with Brooks Brothers, which included all existing stock, he requested that all eight remaining stores be closed. “It was like cleaning the slate and starting over,” he said, adding, “The brand hadn’t evolved since they had acquired it and its sales went from 55 million when it was bought to around 12 million when it was sold back. In a business sense, it was a great opportunity.” It didn’t hurt either when they were looking to source locations; Manhattan real estate was a ghost town of empty storefronts, making Bittar feel he should double down even further on physical retail.

Marking the relaunch under Alexis Bittar’s vision is a store design by Tony award winning Broadway set designer Scott Pask who was tasked to rethink the traditional chrome and marble luxury store model. “In a nutshell, the stores have an abandoned-institution-from-the-Seventies look to them with chipping and decaying looking paint but mixed with a futuristic sculptural object that looks like it’s from outer space. Think Kubrick meets the past meets the future,” he said of Pask’s design adding, “We made it feel like a theater set and unfinished, not like a traditional store.”

In 2012 when Bittar had a robust wholesale and retail business with eight stores, he initially sold fifty percent of his brand to TSG Consumer Partners in San Francisco for 24 million. Together they opened seven more stores. Three years later, he sold his remaining shares to Brooks Brothers for an undisclosed amount. At the time, Bittar had just become the father of twins and wanted to step back from the business and focus on raising the children. The entrepreneur, who grew up in Bay Ridge, Brooklyn, began his career at 13 years old when he started selling vintage clothes on the street on St. Mark’s Place.

The store wasn’t the only thing Bittar was rethinking. He has expanded the offering beyond costume and fine jewelry. The store will also feature a new handbag collection, hair accessories, and soft goods, along with home and vintage items that he sources himself. “This is my favorite part because it reminds me of my past. And I know a lot of antique dealers, and it’s a tough business. There is a sustainable and service element to the vintage items because it’s easy to shop when it curated.” He estimates this will account for ten percent of the business.

Prices will be pegged just a little under Bittar’s original price points, which can be defined as contemporary or accessible luxury. Costume jewelry will start at $85 up to $595; the new handbags line will range from $395 to $895, and he will aim to keep the fine jewelry under $2,000. The cyclical nature of fashion also presented an opportunity for the designer. “You see this jewelry on the runway that is a fusion of fashion and art, but it had gotten a bit cheap looking with a bigger is better approach,” he observed, noting he has scaled down a lot of his designs. “There is so much little gold jewelry out there {in the market} that the customer is looking for something interesting, and when you see something unusual, you want it.” That said, expect to see Bittar’s signature Lucite designs, but they won’t be the brand’s focus.

Of the approach, Bittar plans to build upon some of the boundary-breaking methods used in his marketing campaigns. For starters, he feels his demographic is the 40–60-year-old segment. “Of course, there will be 20-somethings too discovering the brand, but unlike most brands who focus on Gen Z, I stay on the periphery.” A big part of this belief comes from the time he spent doing personal appearances at retail. “I saw a big disconnect between who the customer was and who they represented in the ads; some marketing is concocted to make you feel insecure, and we were all complicit.”

This isn’t a new belief for the jeweler who pioneered challenging ageism in earlier campaigns well before any social, political, and industry movements towards inclusivity. “Focusing on the model as something we needed to reach for has been a mistake. I don’t retouch or try to erase their age. I’m more interested in who they are as a person and what they’ve become.” Past campaigns included Joan Collins and Jennifer Saunders of Absolutely Fabulous, the British comedy which debuted in the 1990s and spoofed fashion people.

For his new campaign that will splatter New York City in large 70″ X 54″ out-of-home posters starting on October 12th, Bittar tapped models who are far outside of young, thin, and blonde beauty ideal. He tapped Ericka Hart, an activist and gorgeous body positive woman with a double mastectomy. He shows her topless but as her nipples have been removed, circumvents the no nipple rule in advertising. He also features a 55-year-old woman and an amputee. “The outdoor advertising is working. In 2006 when I started doing it, no one was using them for fashion. When you are talking about something emotional and cultural, having these large images in public promotes discussion,” he adds.

He sees social media as another place to start those discussions. The medium has evolved even further since Bittar stepped away in 2015, but he knows it is crucial to a brand today. “I think people are looking for authenticity. We don’t want an overly curated image. People are looking for themselves to be represented,” he said, pondering further. “I think that it will be interesting as we will launch the ad campaign which is a first good example of what we are about. It’s a vehicle to create community and a revolution in how we perceive social media and marketing. Most reactions are positive, and there is a real appreciation for what we are and should accept from social media.”

Bittar knows digital communication is crucial as even with a focus on physical stores, he expects that 60 percent of revenue will be from direct-to-consumer e-comm. The brand also plans to continue with wholesale partners Neiman Marcus, Saks Fifth Avenue and a handful of specialty retailers. Since acquiring his brand back, Bittar re-merchandised existing stock on a revamped website while launching a new one, focused on creating new designs, getting production and operations underway, and building his team to include 70 employees based in New York City.