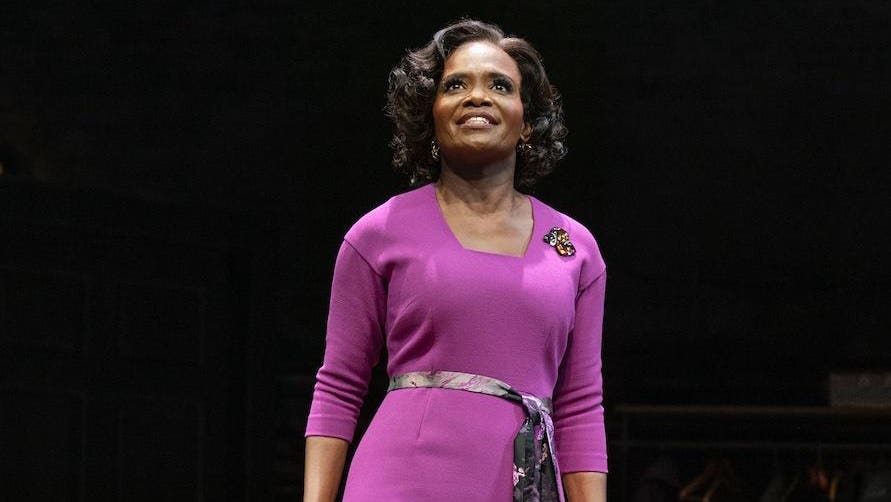 From the time she wrote her first play in 1949, Alice Childress, was devoted to having her characters speak their truth. A prolific playwright, actress and novelist she wrote stories of Black women claiming their power, voicing the realities of what they faced. In her work she fearlessly shed light on race, class and gender as her characters struggled to navigate their way in an unaccepting world.

Childress’ 1955 play, Trouble In Mind, centers on what it means to be a black theater artist in America. During the play actress Wiletta Mayer and the mostly black cast are in rehearsal for a big new Broadway show this is written and directed by white men. Ferociously  passionate about her art, Mayer has played too many mammies and stereotypical characters in her career and aches to present authenticity on stage. She stands up to her director, inspires the other actors to question the text and makes her voice heard.

Soon after Trouble In Mind opened off Broadway in 1955 at the Greenwich Mews Theatre, producers optioned the rights to take the comedic and dramatic play to Broadway. However, they requested that Childress soften her words and tone down the ending to be more pollyannaish and not realistic.

Wanting to stay truthful to her words, Childress refused. Sticking to her guns, she sacrificed becoming the first Black woman playwright to have her work on Broadway. Several decades later Childress, who was a great granddaughter of slaves, offered her wisdom at the First International Women Playwrights Conference, “Write what you will, ‘cause no one can tell you what to write,” she said. “Whatever it is, let it come out and just take a chance on yourself.”

As a drama student in college at Morgan State University, an HBCU, LaChanze discovered Childress’ artistry.  “The works we studied were written predominantly by African-American playwrights,” says the Emmy and Tony-winning actress who has dazzled on Broadway for 35 years.  “She is so beloved by so many of us. I was actually shocked when I got to New York to start my career that people did not know the brilliance of Alice Childress.”

LaChanze set her sights on playing Wiletta Mayer. “I’ve always wanted to play a character like Wiletta on Broadway. There was a time when my dream was to play Evita and they would never cast me as Evita,” she shares. “Wiletta is in my heart and soul. As a younger actor I wanted to have that much power on a stage. She says all the things I wanted to be able to say and Alice Childress gave me that voice.”

Charles Randolph-Wright was a student Duke University when he discovered Childress’ work. “It went through me,” says the prolific director who has worked as a director, writer and producer for theater, TV and film. “When I read her words, I felt them. I saw them. I understood them. They were so necessary.”

So steadfast in his resolve to bring Trouble In Mind to Broadway, Randolph-Wright  spent more than 15 years trying to make that happen.  In 2011 he directed a reading of Trouble In Mind with his good friend and collaborator LaChanze and they continued to remain intrepid.

“What Alice Childress did for me. I wanted to do for others. She gave me the inspiration to keep working,” says Randolph-Wright. “With so many artists of color, we don’t have equity with other artists. All of Alice Childress’ work enabled me to keep going when I wanted to give up. So how could I give up on her?”

LaChanze, who Randolph-Wright calls “his muse” was just as devoted to bringing Childress’ work to Broadway. “Wiletta is a courageous woman,” says LaChanze. “She has so much faith in the truth that she doesn’t hold anything back. She can’t help herself. She loves the arts so much and really wants it to be the absolute best that it can be.”

After many years, LaChanze and Randolph-Wright got their wish. On November 18, 2021 Trouble In Mind premiered on Broadway. The Roundabout Theatre Company production is now playing at the American Airlines Theatre through January 9, 2022.

“Alice is speaking through LaChanze in a way that I’ve never experienced,” shares Randolph-Wright. In fact, the spirit and legacy of Childress, who passed away in 1994, remains very much a part of the production. “We actually started rehearsals on her birthday,” adds Randolph-Wright. “I wish I could hear her laugh. And I would like to say to her, ‘Thank you, Alice. Thank you. Because people now see you.”

Nona Hendryx, who wrote the original music for Trouble In Mind: I wish Alice Childress was here. She was a spectacular human. The play is like real life. It has humor, which is important and part of the human experience. And then there’s pain, sadness and pathos. The play really covers the gamut of human emotion. And now, Alice, it is where you wanted it to be and in the hands of Charles Randolph-Wright, who appreciated your work. He did not change a word and wanted to be true to your script. And I wrote music to support that truth. Thank you, Alice Childress. Thank you for writing the truth.

Don Stephenson: Look at that! You did it. The true way to be immortal is to do something like this. When people write plays or music or paint, they live forever. And when we’re up there doing the show, Alice is alive.

Jessica Frances Dukes: It’s a dream come true to do this play. I studied Alice Childress and so many of her pieces in school. Back then, I was too young to fully understand them. But now, being in the business, I understand. The play is perfect for the time we are in. And I love my character, Millie, who has full-on guts to be who she is. I love her wanting to be who she wants to be, not necessarily who the world wants her to be.  It’s incredible that she was able to write this play in 1955 and have it still be so resonant today.

LaChanze: Thank you, congratulations and this is just the beginning.

Chuck Cooper: I was guffawing out loud how funny this play is and then punched in the chest by how rich it is. It exculpates the things that we need to be talking about that we don’t talk about enough. Trouble in mind is a play about Broadway and a story about America. In the context of the play within the play we look at America, how America looks at Black people and black women. We look at how America is and how, perhaps, America should be. That tension is very much present in the play.

Alex Mickiewicz: To Alice Childress I would say, “I’m sorry.” Anyone who works in this industry knows the big dream is to make it to Broadway. And she had it in her hands. And to say “no” and give up on that dream to stay true to her word and the play she wrote took a lot of guts and sacrifice. The words of Wiletta are the words of Alice Childress.  She wanted to do something grand in the theater and she wasn’t able to do that on the big stage. It’s something she always dreamed of, you can hear that. She never got to live to see that happen. I hope that we are doing her justice and making her proud with the play we’ve created.

Brandon Micheal Hall: Right before we did the play tonight we said a prayer and brought Alice into the space. I think that is why the show was even more powerful tonight because she was there watching her Broadway debut.

I have so many things I wish I could ask Alice. Can we put your other plays on Broadway? How was it like growing up in South Carolina?  I’m from South Carolina and so is Charles, our director. What was it like creating these plays and hearing the word, “no.” And then coming back years later and saying, “you know what, I’m going to stick to what I believe.” How would you able to transcend all the negative energy and have so much passion behind it?

Michael Zegen: I would love love to say, “thank you for writing this amazing character that I get to play every night.” There are also are a few times where I think, why did my character say this? I would love for Alice to be there to answer those questions. It’s hard to fathom that this play was written in 1955. The events it addresses are so current. It’s the kind of play that you read or see and you think about it for days afterwards. I can’t think of anything better as a theatergoer or actor.