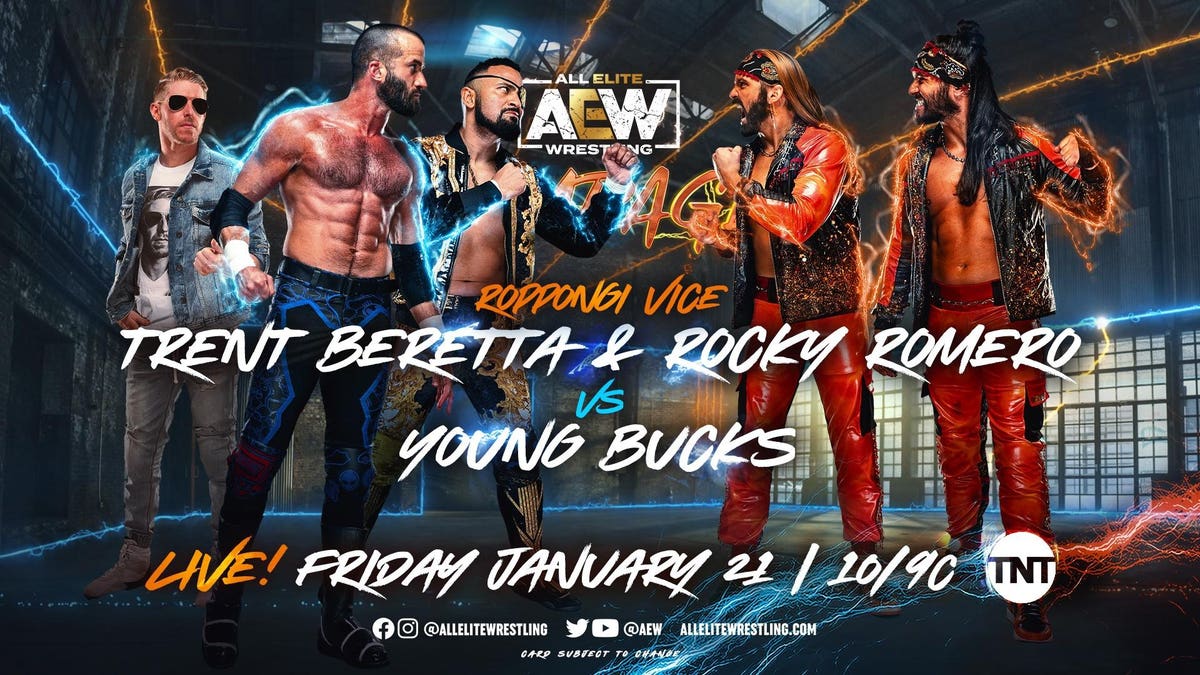 Danhausen made yet another delightful appearance, being pulled from underneath the ring. Until he consistently wrestles, AEW should continue to adhere to the “more with less” philosophy with Danhausen, similar to Orange Cassidy.

The Young Bucks utterly dominated this feud. The Best Friends/Roppongi Vice/Chaos stable has more spinoffs than they had wins.

Excalibur had a great line during this match after The Young Bucks mocked the Best Friend’s hug and received the wide camera shot: “You don’t got to give the people what they want when The Young Bucks do it.”

This was a banger of a tag team match, even better than the excellent tag team match between FTR, CM Punk and Ambrose this past Wednesday.

Jay White appeared after this match to get the most out of his last-minute appearance. Yay semantics!

Britt Baker defeating a Thunder Rosa student was a nice touch, and you knew this match had all the ingredients for Thunder Rosa to rescue her former pupil.

Robyn Renegade wrestled in a pair of Jordan 11’s, a GOAT-level sneaker.

Hayter and Mercedes Martinez got into an argument after this match. Baker kissed them both on the head like they were her daughters.

Hook has new merch out as he continues coming for CM Punk’s throne.

As AEW continues to put over Hook with different taglines and nicknames, they really need to consider making him “Mr. Friday Night.”

The camera keeps missing the moment Hook disrespectfully steps over his opponent. That needs to be featured as part of his act. Stepping over an opponent in disrespect has proven to create some iconic sports moments.

This match was used as a vehicle for a feud between Christian Cage and Billy Gunn. Seeing as neither has wrestled in what seems like forever, I’m here for it.

The Gunn Club is really starting to impress. Not only from an in-ring standpoint, but as smarmy heels.

Both Ass Boys were dressed like an early ‘90s Shawn Michaels.

AEW Rampage is due for another surprise title change, if nothing else, to add suspense the next time they do a title match.