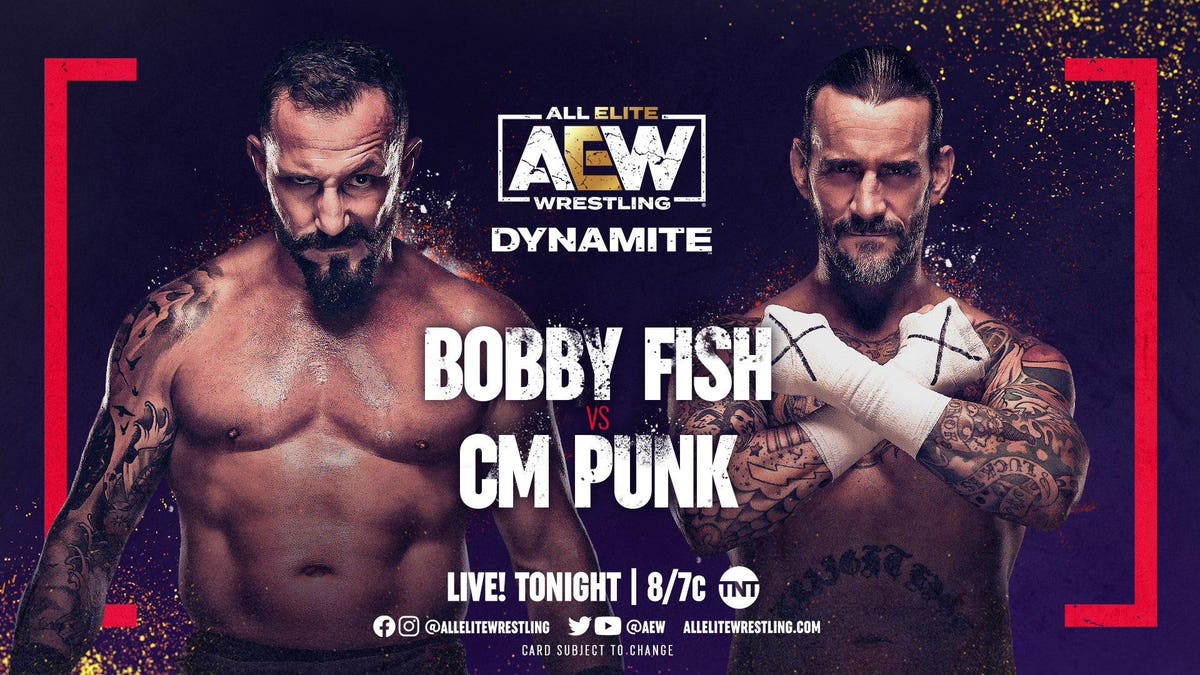 These two did a good job telling a story in the ring, but physically, this definitely felt like a match between two 40-year-olds.

CM Punk’s commentary has definitely been better than his matches in 2021.

Following a quick, squash-match victory, MJF trolled the crowd with a fake Sting entrance, only for Darby Allin to showcase an awesome vignette before Darby and Sting attacked MJF, Shawn Spears and Wardlow.

Chris Jericho announced Inner Circle will “reunite” next week, but it feels like they’ve already reunited a few times now.

The Inner Circle will face America’s Top Team next week in a Minneapolis Street Fight, which would be so much better if it was in the Mall of America.

Hikaru Shida carried her 50-win plaque with her to the ring. Given the fact that she’s still stuck on 49, shouldn’t that trophy have been confiscated?

I think AEW could have ridden out this Hikaru Shida losing streak, because people have never been so much into her matches. Having said that, this is turning into a great feud with Serena Deeb.

After squashing Wheeler Yuta, Jon Moxley proceeded to dominate this match, tearing at 10’s mask, no-selling his offense and making relatively quick work of the upstart. The man is already wrestling like he’s a heel.

Cody was booed vociferously during this promo. He really shouldn’t turn heel, these reactions feel organic and he does a good job being self-aware in these situations.

Cody Rhodes challenged these fans to put themselves in his shoes, and literally tossed his shoes into the crowd.

The Elite vs. The Dark Order

The Elite walked out to a royalty free version of Ghostbusters—dressed as Ghostbusters of course—but i was an upgrade to the original because the lyrics were changed from “Ghostbusters” to “The Elite.”

Colt Cabana dressed as Brandon Cutler was so great.

The finish to this match was outstanding as Hangman Adam Page tricked The Super Elite into giving a BTE Trigger to Brandon Cutler, who was under a horse head. Page was under the State Puff Marshmallow costume, the babyface team won and celebrated as Dynamite went off the air. A perfect ending to a hot show.